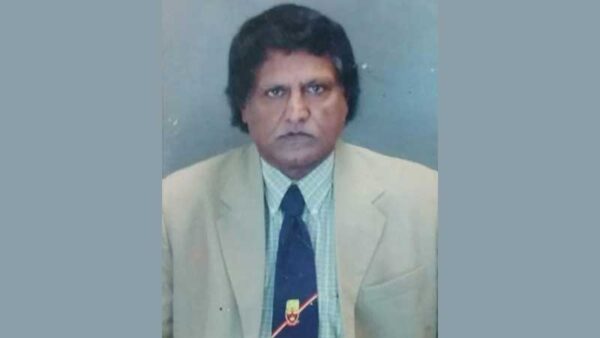 Seevali Samarasekera is a former Trinity College Rugby Captain, who will be remembered for scoring the match winning try in the 1969 Bradby Shield encounter against Royal College at Longden Place.

He made a 50 yard sizzling run beating a host of defenders to score the match winning try. In the same year, he was invited to play for Kandy SC in the Clifford Cup Knock-Out Tournament match against Havelock SC.

In that match, Samarasekera scored the only try after receiving a pass from number eight Gamini Udugama as they went on to win the game 11-9. However, Kandy SC lost to CR and FC 6-12 in the final. Samarasekera captained Trinity in 1970, in which year they won both Bradby Shield matches 19-3 and 16-12 respectively.

Thereafter, he was selected to play for Sri Lanka under Hadji Omar along with players of the calibre of Y. C. Chang, Didacus de Almeida, Anton Benedict, Daya Jayasundera.

He played as centre against the ‘Bosuns’ and University of Paris and he played club rugby for almost a decade and was known for his scorching runs and terrific tackles.

He was a tower of strength to the side he played and a master when it came to tactics and statistics.

Samarasekera was a Sub-Inspector from 1972 to 1977 and was a member of the Clifford Cup winning Police SC team for a number of years. After leaving Police SC he played for Kandy SC once again in 1978 under Irwin Howie in the President’s Trophy final against Havelock SC.

Few years later, he was invited to be the Chief Guest at the Annual Bradby Shield rugby match between Royal and Trinity.