France has recorded 60,486 coronavirus cases in one day, its highest one-day total since the pandemic began. 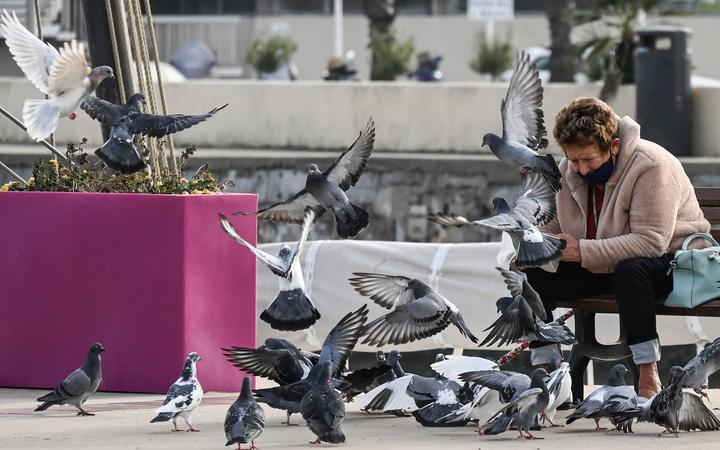 The new figures bring the number of confirmed cases in the country to 1.7 million, according to data from Johns Hopkins University.

A further 828 deaths were confirmed on Friday (local time). Almost 40,000 people have now died from the virus in the country.

France is one week into a second lockdown with the aim of curbing the spread of the virus.

Under the lockdown restrictions, expected to be in place until 1 December, people can only leave their homes to go to work (if they cannot work from home), to buy essential goods, seek medical help or to exercise for one hour a day.

All non-essential shops, restaurants and bars are shut, but schools and creches remain open.

A night curfew is in place between 10pm and 6am across the country.

According to AFP news agency, the number of people admitted to hospital over the past 24 hours was 553 – the smallest one-day increase in almost three weeks.

On Thursday, Health Minister Olivier Véran warned people to stick to the lockdown rules, claiming that intensive care units would be overwhelmed by the middle of November without the restrictions.

“The more rigorous we are, the shorter the lockdown will be,” he said in a press conference. “The situation is very serious – the second wave is here and it is violent.” 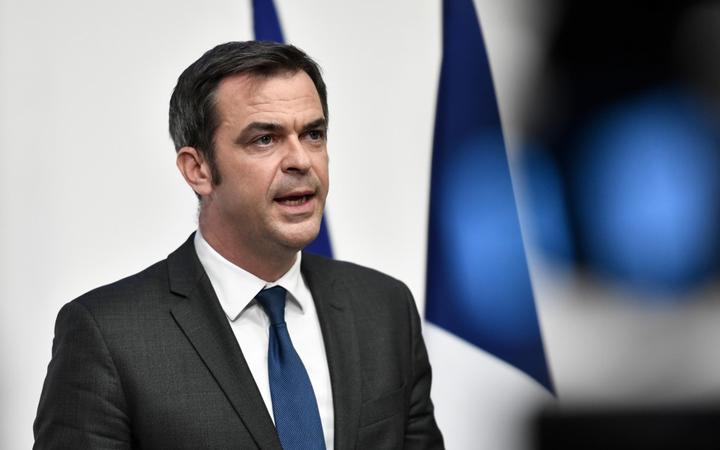 Health Minister Olivier Véran: “The second wave is here and it is violent.”
Photo: AFP

Much of Italy is now in lockdown, including the densely populated northern Lombardy region, after the death toll for 24 hours hit 445 – a six-month record.

Italy is now split into three zones – red for high risk, then orange and yellow. The red areas are Lombardy, Piedmont and Aosta Valley in the north and Calabria in the south.

The whole country has a night curfew.

In Italy’s red zones, which cover an estimated 16.5 million people out of a population of 60 million, people can now only leave home for work, health reasons, essential shopping or emergencies, but all non-essential shops are closed.

Bars and restaurants are also shut but people can exercise near their homes if they wear masks and hairdressers can remain open. 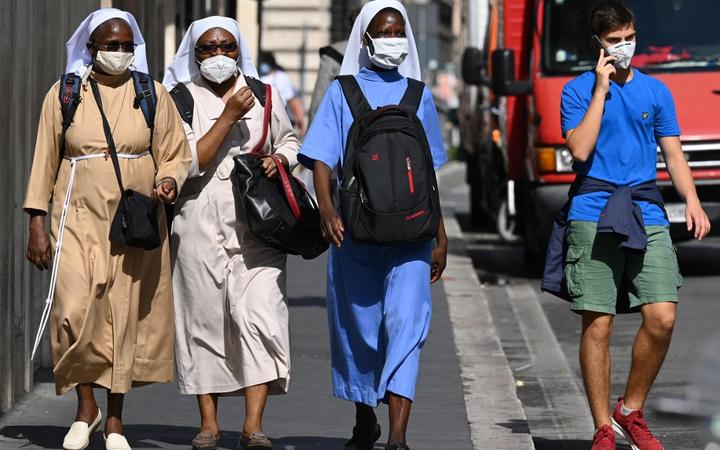 A group of nuns walk along the Via del Corso main shopping street in Rome – people can exercise as long as they wear masks. (file pic)
Photo: AFP

Denmark has imposed a lockdown in seven North Jutland provinces because of concerns over a coronavirus mutation found in mink that can spread to humans. Denmark has started culling all its mink, farmed for their fur – a population as many as 17 million animals.

Poland is shutting its cinemas, museums and most shopping centres from today, after new daily infections rose to a record of nearly 24,700.