My Days in the Boarding School of St. Joseph’s College – By Jayam Rutnam 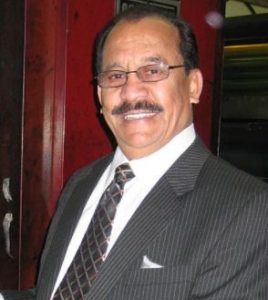 WHY ST. JOSEPHS? It was in the early fifties that my parents enrolled me to the boarding school of St. Joseph’s College. My four brothers were boarded (at different times) at St. Thomas’ College in Bandarawela and then Gurutalawa.  Since my father had attended both St. Thomas’ and St. Joseph’s, he felt that at least one of his sons should attend St. Joseph’s.

I would watch my mother pack all kinds of goodies (canned foods, chocolates, new clothes etc) in my brothers’ trunks when they left for their boarding school. I felt that I missed out on the fringe benefits of going to boarding school.

It was decided that I should attend St. Joseph’s College and although I lived less than four miles from the school, I insisted that I be boarded, so that I too could enjoy the benefits of the “goodies in a trunk” that went with it.

NO MATTRESS? I remember being taken to St. Joseph’s and being shown around the school on the first day of the arrival of the boarders.  Sort of an orientation, was what I would call it now.

I thought it was great. The grounds, the buildings, the classes, the tuck shops, were all very inviting.

That was till I got to, what they called the “small dorm.” It was a huge room filled with beds.

The only problem was, that the beds had no mattresses.  One was expected to put a sheet on top of a straw mat (padhura), which went over a web of ropes!  I did however, notice that a few of the beds (maybe two), had mattresses on them.  Long story short, I lodged a complaint to my father and within an hour, I looked down from the third floor of the building, and saw my father’s car, with a mattress on its roof.

IN PRISON? Although I was so keen to be in the boarding, I will never forget my first night, laying in my (mattressed) bed.  Lights out at 9 p.m. I felt that this must be how people feel, when they are in prison!

GOODIES RAIDED! The second day went well.  Got up at the ungodly hour of 5 a.m.  It was a day to get to know the other boarders. I then went to my “personal cupboard” full of goodies (next to my bed).

It had been raided!  Probably by my new friends (whom I shared some chocolates with).  I learned the lesson of keeping my cupboard locked with the biggest padlock I could find.

BETTER FOOD? After a week went by, I noticed at the refectory (cafeteria), that a couple of the students were eating special food.  “Courses” for lunch and dinner and butter and eggs for breakfast, which was much better than what others were getting (bread, pol sambol and curry. Very soon I was eating the

special food! The only reason I survived, without being bullied by the others, was because I was generous in sharing my food with them.

SEEING STARS! After a couple of weeks, I was approached by this kid who was smaller than me.  He looked harmless, but a group of my “friends” said that he wanted to fight me.  I had never been in a fight in my life.

I figured that if I had to do it, I will.  After dinner, the boarders would gather at the quadrangle.

The fight was arranged to take place behind the statue of St. Joseph in the dorm building. I looked at the kid, Terence Perera aka Miya (mouse), I gritted my teeth, I stared at him and lifted my hands in a boxing position.  The other kids made a circle, egging me on. Bang, bang, bang, bang! and I was down on the floor.

This was the first time I saw stars and I don’t mean the Hollywood kind! I didn’t get one shot in.  Later on I found out that this was a set up. Terence was one of the best fighters in the school.  He ended up being one of my best friends.

I BECAME POPULAR!  A few months later, it was Parents Day.  The parents and/or family of the boarders would come over and be treated to food and refreshments at the beautifully decorated Quadrangle.  The older boarders were expected to mingle with the parents and be sociable.  My mother came over with my older sister,

who was about seventeen years old.  The event went off very well.  The senior students were paying a lot of attention to my sister.  The next day, I became quite popular.  I had no idea why! (Although now I know why!).

GOT MARRIED.  Many years later, after I migrated to the United States.  I got married in 1978.

Father Arthur N. Fernando aka “Billa,” who had caned me a few times, in his capacity as Vice Rector of St. Joseph’s, happened to be in Los Angeles.  He graciously agreed to perform our wedding ceremony.

I am proud to be a Josephian!