The company wanting to buy the Maari oil field off the coast of Taranaki believes there’s three times more oil left to exploit than official estimates. 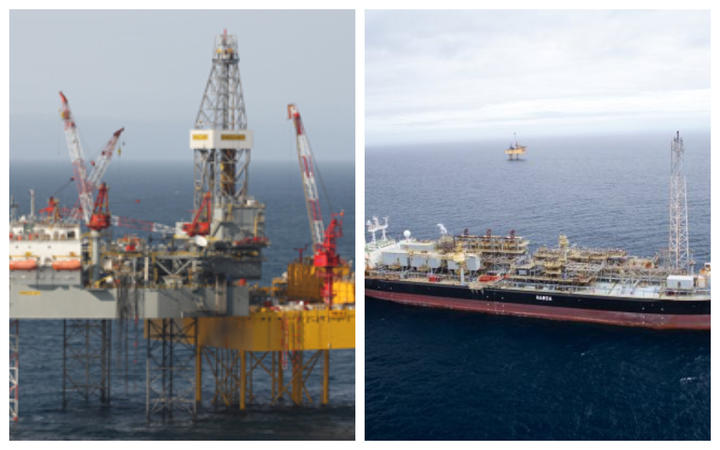 Opponents of the sale say that’s further evidence the deal is not viable and warn taxpayers could be left with the clean-up bill if it goes ahead.

Singapore-based company Jadestone Energy has a deal to buy OMV’s 69 percent stake in Maari for $75 million.

But it’s emerged the two companies’ estimates of the remaining reserves in the oil field are miles apart.

In July, as part of its permit conditions OMV filed an estimate of proved reserves of 3.3 million barrels – plus more than a million “probable”.

However, at its announcement of the Maari deal in November last year, Jadestone estimated proved-plus-probable reserves at 13.9 million barrels – over 300 percent more than OMV.

The Austrian-based company’s proved-plus-probable-plus-possible estimate is only 5.7 million barrels.

“Yes, we’re extremely nervous about that. How much can we believe when OMV’s been working here for so many years, surely they understand the reserve far better than Jadestone who is not even here.”

NZ Petroleum and Minerals is currently evaluating the application to transfer the permit.

As part of that process Jadestone must show it has the financial capability to operate the field, including paying decommissioning costs.

Cheung said Jadestone’s business model involved finding efficiencies which might not be there.

“The Maari field is very old and we know that the old platform and the floating vessel have had multiple incidents already. If this company is going to cut costs is it even safe to leave it in their hands to operate and at the end of it would it make enough money to undertake responsible decommissioning work? We doubt this very much.”

He said it was common for there to be a disparity between what the seller and the buyer estimated reserves to be.

“The single largest reason is because that the buyer intends to invest in the asset whereas the seller typically is looking not to invest but, of course, divest and so for a period of time they haven’t diligently spent money on the asset with a view to its long term future because they don’t have a long term future, they want to sell the asset.”

Blakeley said OMV’s reserves estimate was out-of-date and did not reflect the performance of Maari since pressure maintenance work was done in 2018.

He said Maari’s performance met Jadestone’s expectations, which had been independently verified, and he anticipated targeted investment would make the Maari field a good earner for the company.

“With some what we call coil tube drilling that can be done from the existing wellhead platform requiring no drilling rig to be brought in and with a relatively modest amount of activity we have no difficulty for seeing the potential for 10 years remaining life at Maari.”

Jadestone estimated the net future value of its stake in Maari was about $250 million, after accounting for decommissioning costs.

The Ministry for Business Innovation and Employment, which is overseeing the permit transfer, estimated decommissioning Maari will cost between $100 million and $200 million.

The ministry said it would be inappropriate for it to comment on the disparity in reservoir estimates while that process was ongoing.

Similarly, OMV said confidentiality provisions restricted its ability to comment, but added that should not be interpreted an indicating any concern.

Any transfer of permit would also require final sign-off from Energy and Resources Minister Megan Woods.