A rights group has said it is “unsurprised” after it was revealed almost half of Singapore’s migrant workers have been infected with Covid-19 in the past nine months. 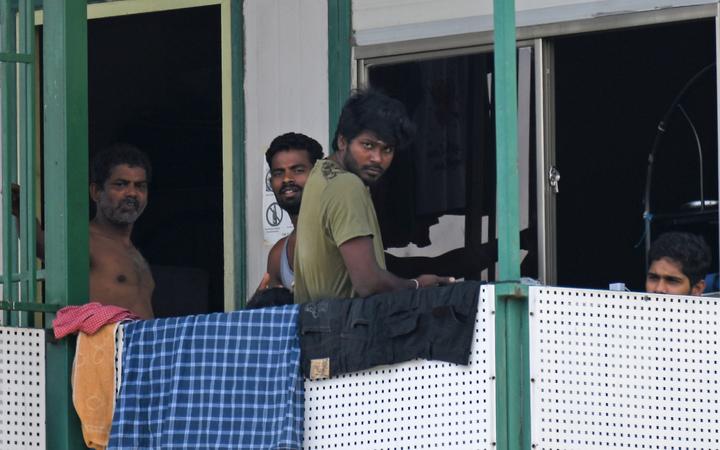 Men look out from a dormitory in Singapore used by foreign workers. The building was made an isolation area to prevent the spread of Covid-19 in April.
Photo: AFP

Without counting the migrant workers, fewer than 4000 people have tested positive in Singapore.

The men, the majority of whom live in large dormitories where several men share a room amid cramped facilities, have essentially been quarantined from the rest of the population since cases exploded in April. 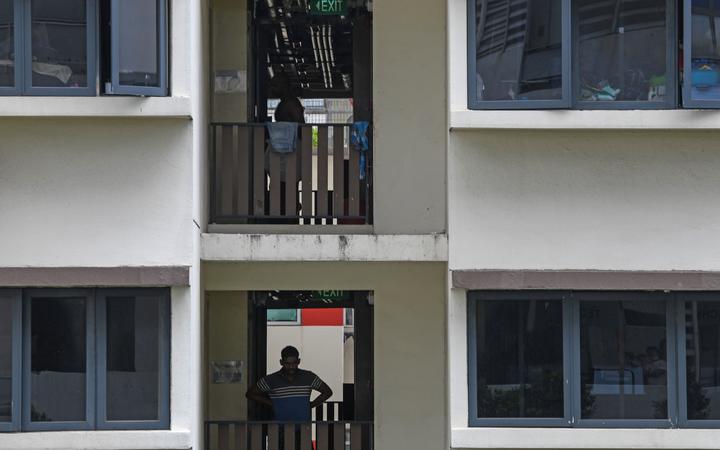 But Singapore’s foreign workers – typically low-wage migrant labourers from South Asia who largely work in the construction and manufacturing sectors – still face restrictions on their freedom of movement which will only be gradually lifted next year.

“There is no justification for Singapore to treat migrant workers like prisoners,” Alex Au of the charity Transient Workers Count Too (TWC2) told the BBC. “Many have been locked in for eight months.”

Why did the numbers suddenly jump?

The new figure is a combination of the normal PCR coronavirus tests – which check whether a person currently has the virus – and a separate drive of serology tests which trace whether a person has had it at in the past.

About 54,500 workers have tested positive in the PCR test while another 98,000 were found via the serology test. The previous number had been public before, while the latter was released only on Monday.

Singapore’s Health Ministry said that by August, the entire worker population had been tested at least once, with either of the two types of tests. 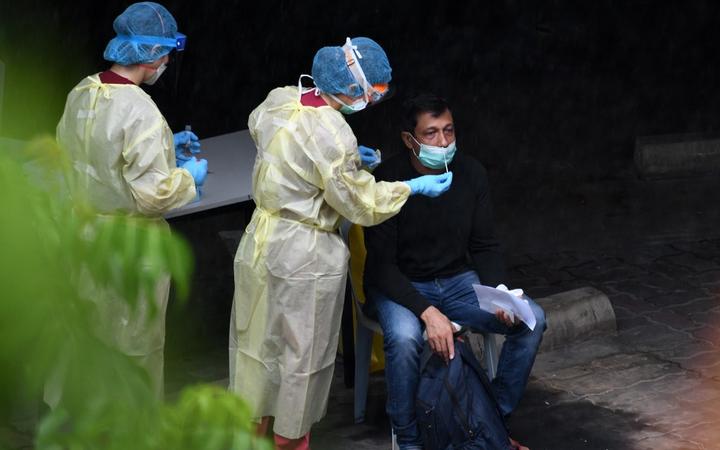 The ministry said anyone who tested positive was isolated including those that were found to only have carried the virus in the past. Authorities also said they provided the workers with medical care and assistance.

The combined 152,000 cases among the foreign workers make up almost half of the 323,000 workers living in dormitories across the island state.

But with some 65,000 workers’ serology tests still pending, the percentage might still go up.

“These new figures don’t surprise us,” Au said. “During the middle of the year, workers who tested positive were telling us that they were told to stay in their rooms and not taken into isolation. They remained in contact with their room-mates.

“But this is history,” Au said. “We’re more concerned that Singapore continues to treat the workers as prisoners even though the same statement by the ministry says that ‘since October, no new cases were detected in the dormitories on many days’.”

He argues that since the active infection rate is virtually zero and workers are tested regularly every two weeks, there is no reason to place such hard restrictions on them.

The country’s first coronavirus cases were were registered in January but a meticulous contact tracing programme managed to keep the infections in check initially.

But when the virus began spreading among migrant workers, authorities struggled to trace and isolate all of the infected and numbers began to skyrocket in that community.

Out of Singapore’s 58,341 total positive PCR tests to date, 93 percent have been among that migrant worker community.

In response to the high infection rate, many of the dormitories – often holding thousands of workers – were placed under quarantine in April, essentially locking the workers inside.

So far, even healthy workers are only allowed out to be taken to their work sites and occasionally to shop in designated shops near their dorms, Au said.

“Workers are still interned and treated like prisoners, used for their labour with no freedom of movement.”

On Monday, Singapore authorities said that given “the outbreak in the dormitories is under control”, restrictions on migrant workers would be progressively eased.

In the first quarter of 2021, some workers will be allowed access to the general community once a month, wearing contract-tracing devices and adhering to the safety measures.