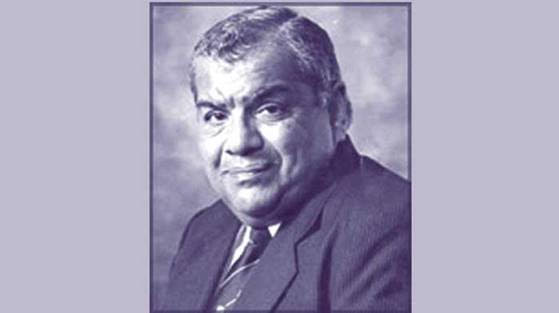 Nimal Maralanda was a famous Trinity College and Sri Lanka rugby player and cricketer who was a classy fly half of the calibre of Archibald Perera, Ago Paiva, Mohan Sahayam, Glen Vanlangenberg, Irwin Howie,

Maralanda first played rugby for his school in 1956 under the guidance of late Col. Bertie Dias and the leadership of DN Frank and that year Trinity was rated as the best school team. His team mates were Ken de

On leaving school Maralanda turned up for practices at CR and FC at the request of his father AP Maralanda who captained Trinity in 1921 and also captained the cricket team for three years. Both father and son

were proud winners of the school’s highest award, the Ryde Gold Medal.

country before his club against the British Joint Forces XV.

He was famous for his long kicks and the up-and-unders and was also a fine cricketer during his school days. It was said that had he played serious cricket like rugby, he would have been a top Sri Lanka cricketer.

He won the bowling prize in 1956, fielding award in 1957 and batting honours in 1958. He won his cricket colours in 1955 and the Lion in 1959. Maralande led the Central Province Schools and the Combined Schools

teams and while in Colombo played for NCC in the premier tournament.

excellence in sports at Trinity and he was never a selfish player. In rugby whenever he got the ball he sent it down the line while in cricket he was completely a team man.

Maralanda was also a kind of schoolboy who had a matured and positive outlook and knew his way round to the hearts of people with a fine sense of direction, heartfelt caring and concern for his team-mates and

It was no surprise when Maralanda was nominated as captain of the Ceylon Schools and in an unofficial Test against the Indian Schools in 1958 he scored an unbeaten 112. With his right-arm bowling he had four

wickets for 10 runs against the West Australian Schools in 1958 as well as making a superb knock of 77 not out which included three sixes and 10 fours.

Maralanda was named one of the most outstanding inter-collegiate cricketers of the decade along with players in the likes of ACM Lafir (St. Anthony’s, Kandy), Anuruddha Polonnowita and DHA Weerasinghe

His star-studded career never seemed to end. From a brilliant student and superstar sportsman at Trinity up to his untimely death at the comparatively young age of 58 years on July 31, 1997 in Australia while

playing golf with Russell Van Rooyen on the Melbourne Golf Course, Maralanda was an excellent personality.