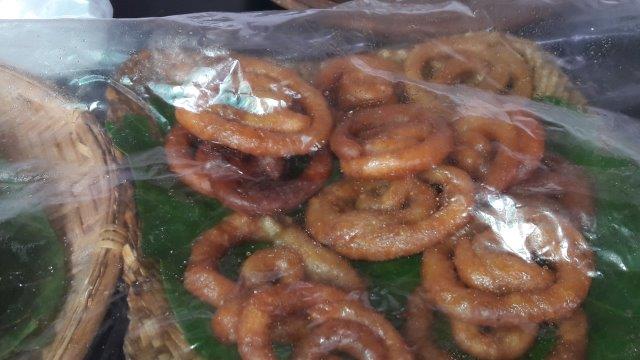 Hela Bojun Hala (Traditional Sri Lankan Food Court), serving quintessentially delicious fresh food at subsidized prices are situated in many places in Sri Lanka. Each food is vegetarian, fresh and healthy as well as free from flavors and additives. The first outlet of Hela Bojun Hala was started in Gannoruwa in Kandy as a pilot project with the objective of promoting fresh local food as well as empowering local women. Prices of food items range from Rs 25/= upwards and a whole meal costs around Rs. 300/= (about 2.2 AUD).   Spacious with open kitchens, Hela Bojun Hala outlets are scattered throughout Sri Lanka from Kandy to Nuwara Eliya to Jaffna and Matara. Tasty curries for string hoppers, thosai and hoppers include keselmuwa (banana blossom) curry or polos curry (tender jackfruit curry). *Pol sambol, an accomplishment for string hoppers or thosai are also prepared using freshly grated coconut. Except the mixture for thosai, all the ingredients for the meals such as rice flour and spices are ground at the outlets, thus retaining the freshness of each item. Food items are prepared in front of the customers and are hot tasty as well as fresh without too much salt or spices. Certain food items such as *mani pittu, kos (jackfruit) *kottu and *wandu appa are hardly available anywhere else in Sri Lanka. Sweetmeats are also not too sweet but succulent. Hence, everybody from a small child to an elderly person can have a tasty meal at a very affordable price at Hela Bojun Hala outlets.

Each outlet has a variety of fruit juices including passion fruit, soursop, avocado, woodapple, kola kenda (herbal porridge) as well as traditional herbal drinks such as *beli mal accompanied with a piece of jaggery.

The meals are wholesome and very filling. All food items in these outlets including pancakes are made using rice flour.

As the concept of Hela Boju Hala is to produce substance free, fresh healthy food at low cost as well as promote local produce among consumers, females employed in these outlets are given extensive training on preparing healthy, hygienic food.  Rural females with culinary skills are trained and recruited to work in these food outlets. If there is food left without being used, they are discarded.

Hela Boju Hala outlets are popular among locals as well as foreigners. 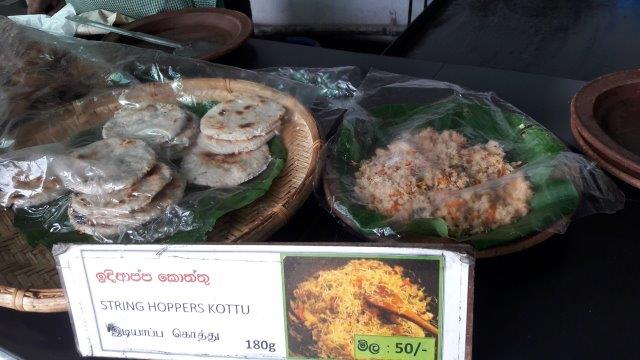