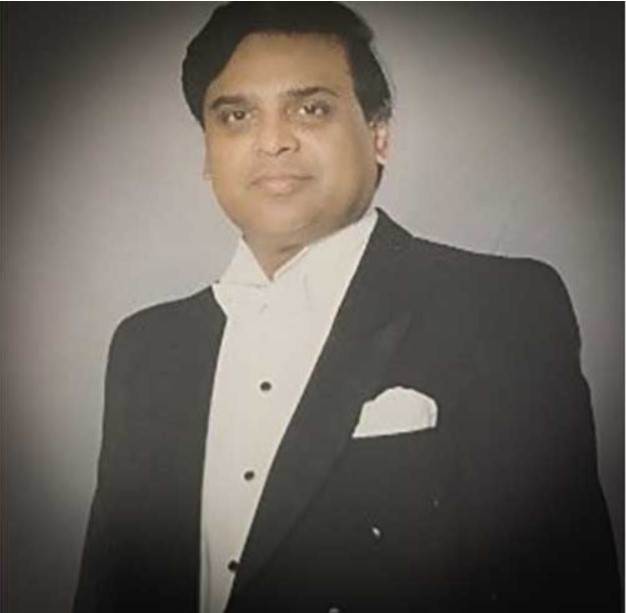 Dr Brendon Gooneratne, acclaimed physician, entrepreneur, author, antiquarian, collector,environmentalist and all round sportsman, passed away in Welimada where he was receiving treatment after a fall. The news of Brendon’s demise was communicated by his daughter Devika just a day following his death.

Towering in physique, and with a broad bodily frame, Brendon was physically outstanding in any crowd. To add to that, he had a dominating, outspoken, and fearless attitude to life, which partly accounts for the many successes that he achieved during a multifaceted and unique lifetime. He also had his detractors, but that comes along as part of the baggage that success is wont to bring!

During World War 2, the buildings of Royal College, and its feeder school then known as Royal Preparatory School, were commissioned for military activity and the school found temporary homes elsewhere. Royal Prep School was for most of the time located in buildings now occupied by Lumbini Maha Vidyalaya on Havelock Road adjoining Skelton Gardens. My final year in Prep school was 1945, and I would often walk back home with my two younger brothers, one of whom was almost always accompanied up to the school gate by a classmate, a boy then about seven or eight years old but at least a foot taller than all of his peers.

I asked my brother who this little giant was and he responded rather disdainfully with ” ah that is Brendon !’. He lived in Kollupitiya and came to school with a few of his classmates by car invariably driven by one of the parents, who took turns to drop off their prodigies in school. The final bell for the day was rung at 12 noon as the buildings were made available to students of the Government Training College which occupied the premises till about 5 pm.

Brendon and his friends who at times included the late C Vaseeharan son of SJV Chelvanayakam, and Lalith Athulathmudali (a year senior to him but neighbour in Kollupitiya) used to await their transport back home biding their time in the home of Mrs Lekamge, a teacher at Royal Prep, who lived across the road from school. I left to join Royal College in 1946, and in 1949, Brendon and his batch entered Royal. Those who entered Royal in 1949 were termed the “1949 Group” and they turned out to be quite an outstanding bunch of students. It included the usual 50 to 60 % of students who entered various professions such as medicine, law, architecture and accounting, plus a a few remarkable personalities who later were leaders of the corporate world in Sri Lanka.

In that group was the Late Upali Wijewardene, founder of the Upali Group, the late LaL Jayasundera Chairman of Hayleys, the late Roti Sivaratnam, Chairman of Aitken Spence, and some others. There were also two boys who later adorned the bench of the Supreme Court.

It was at Royal College that Brendon displayed his all round talent both as a student and as a sportsman. On entering school he was appointed class monitor in Form 1 and continued to be monitor right up to the sixth form. He took to cricket in school like a duck to water and was a pace bowler using his height and build to great advantage. He won College cricket colours for three consecutive years and top scored in the 1955 Royal Thomian match. He won several prizes while in school and in 1957 at the age of 19 he entered the University of Ceylon. I recall meeting him on and off when he was a medical student fortunate enough to own a new Austin Healy Sprite, convertible, gifted by his father.

In athletics too Brendon had some notable achievements one of which was winning the Discus Throw at the Pubic Schools Athletics meet. Other facets of his life as a student was as a member of the school debating team and as a member of the “Do you know” contest where the Royal team ended as runners up. While doing his medical studies in the University, he also represented the University team at cricket which he captained in 1961/62. It will be difficult to find another example of ” men sana in corpora sano”!

There are many other facets to Brendon’s extraordinary life, but I would like to refer here to his genius as a collector. It all seem to have begun with his receiving many prizes as a 15-year old student at Royal where the practice was to give cash vouchers to prize winners. Brendon very thoughtfully for a 15 year old, took his vouchers to Cave and Co in the Fort and in its rare books section spotted a First editon (1681) of Robert Knox’s An Historical Relation of Ceylon which he purchased in exchange for the prize vouchers. That first book obtained as a 15-year old, sparked an interest in antiquarian books which kindled the flame in him to acquire over time, arguably the best collection of antiquarian books on Ceylon (Sri Lanka).

By the time he published his memoirs in 2015 he had accumulated a unique and rare collection of books, maps, and paintings including 29 works by George Keyt. His library consisted of over 7,000 books on Ceylon. He sold most of his rare books in an international auction conducted by Bonhams in 2008. Among the items sold was a set of original manuscripts of Emerson Tennents two volume “Ceylon” published in 1859, which included the original illustrations for the book by Andrew Nicols. This set sold for US $239,000! A canny sense of investment also made him the owner of several blue chip properties in Australia and Sri Lanka. An entrepreneur par excellence indeed !

Brendon and Yasmine joined the Ceylon Society of Australia (founded in 1997) in its very early days, and have made many presentations to the Society. I recall Yasmine’s book “A change of skies” launched at a CSA meeting in Sydney. When the Colombo Chapter of the Society was formed, Brendon made the first inaugural presentation to the Chapter on the various editions of Knox including the several French and German Editions which he owned and were displayed at the meeting.

To strike a personal note, I have to add that due mainly to a three year age gap between us, my interaction with Brendon in school was very rare. However when we migrated to Australia in 1984, Brendon was already well settled in Sydney, he as a private medical practitioner and Yasmine as Professor of English Literature at Macquarie University. I met him at a mutual friend’s residence, and he immediately invited my wife and me to a most enjoyable Sunday lunch at their home in Cheltenham. I recall among others in that group that day included old Royalists Alan Henricus, Summa Navratnam, and Lorenz Pereira, the latter on a visit from Melbourne. Brendon was a loyal old Royalist and always showed his great admiration for the old school. A mutually respectful friendship developed between us and we were in regular contact. It was sad to note his departure back to Sri Lanka about 15 years ago, and I have not had the pleasure of meeting him since , although we did communicate often over the phone and through email.

Brendon’s passing is sad. Sad for the country of his birth in which he lived, and extremely sad for his family still trying to cope with the recent loss of their son. My heartfelt condolences go to Yasmine and Devika who are left to live a life sans Brendon, a man of such abiding influence and guidance in their lives.