Why some people with coronavirus have no symptoms and others get extremely ill is one of the pandemic’s biggest puzzles. 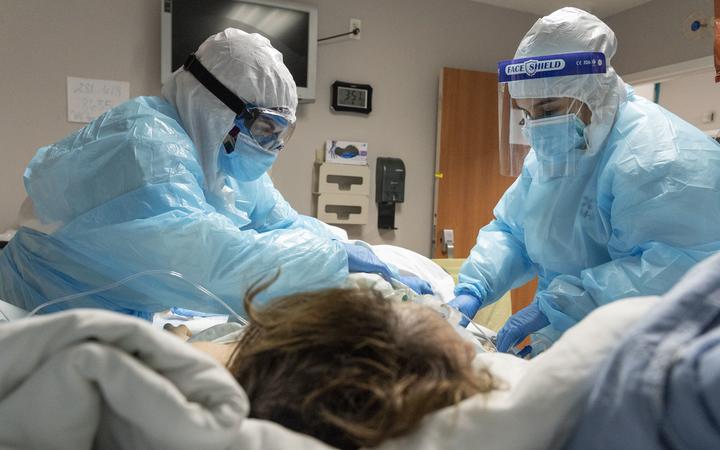 Medical staff care for a patient in intensive care in a hospital in Houston, Texas.
Photo: 2020 Getty Images

A study published in Nature of more than 2200 intensive care patients has identified specific genes that may hold the answer.

They make some people more susceptible to severe Covid-19 symptoms.

The findings shed light on where the immune system goes wrong, which could help identify new treatments.

These will continue to be needed even though vaccines are being developed, says Prof Kenneth Baillie, a consultant in medicine at the Royal Infirmary in Edinburgh, who led the Genomicc project.

“Vaccines should drastically decrease the numbers of Covid cases, but it’s likely doctors will still be treating the disease in intensive care for a number of years around the world, so there is an urgent need to find new treatments.” 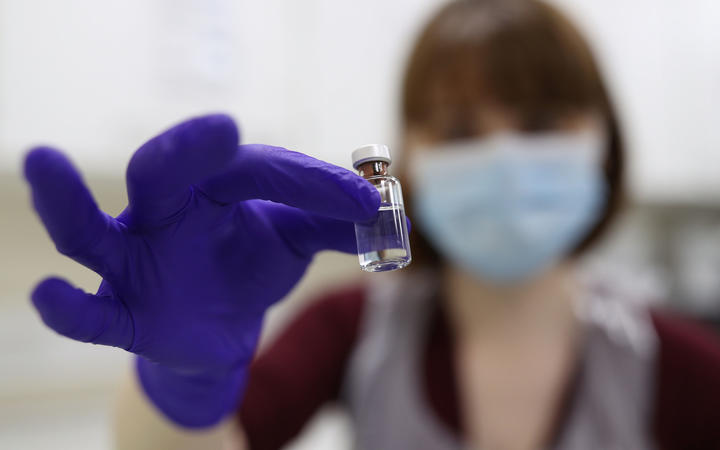 Progress on vaccines to fight Covid-19 will reduce cases, but doctors will still be handling serious cases of the illness for years, an expert says.
Photo: AFP

Scientists looked at the DNA of patients in more than 200 intensive care units in UK hospitals.

They scanned each person’s genes, which contain the instructions for every biological process – including how to fight a virus.

Their genomes were then compared with the DNA of healthy people to pinpoint any genetic differences, and a number were found – the first is a gene called TYK2.

“It is part of the system that makes your immune cells more angry, and more inflammatory,” explained Prof Baillie.

But if the gene is faulty, this immune response can go into overdrive, putting patients at risk of damaging lung inflammation.

A class of anti-inflammatory drugs already used for conditions such as rheumatoid arthritis targets this biological mechanism, including a drug called Baricitinib.

“It makes it a very plausible candidate for a new treatment,” Prof Baillie said. “But of course, we need to do large-scale clinical trials in order to find out if that’s true or not.”

Variations in a gene called IFNAR2 were also identified in the intensive care patients.

IFNAR2 is linked to a potent anti-viral molecule called interferon, which helps to kick-start the immune system as soon as an infection is detected.

It’s thought that producing too little interferon can give the virus an early advantage, allowing it to quickly replicate, leading to more severe disease.

Two other recent studies published in the journal Science have also implicated interferon in Covid cases, through both genetic mutations and an autoimmune disorder that affects its production.

Prof Jean-Laurent Casanova, who carried out the research, from the Rockefeller University in New York, said: “[Interferon] accounted for nearly 15 percent of the critical Covid-19 cases internationally enrolled in our cohort.”

Interferon can be given as a treatment, but a World Health Organisation clinical trial concluded that it did not help very sick patients. However, Prof Casanova said the timing was important.

He explained: “I hope that if given in the first two, three, four days of infection, the interferon would work, because it essentially would provide the molecule that the [patient] does not produce by himself or by herself.”

Dr Vanessa Sancho-Shimizu, a geneticist from Imperial College London, said that the genetic discoveries were providing an unprecedented insight into the biology of the disease.

“It really is an example of precision medicine, where we can actually identify the moment at which things have gone awry in that individual,” she said.

“The findings from these genetic studies will help us identify particular molecular pathways that could be targets for therapeutic intervention,” she said.

But the genome still holds some mysteries.

The Genomics study – and several others – has revealed a cluster of genes on chromosome 3 strongly linked to severe symptoms. However, the biology underpinning this is not yet understood.

More patients will now be asked to take part in this research.

Prof Baillie said: “We need everyone, but we’re particularly keen to recruit people from minority ethnic groups who are over-represented in the critically ill population.”

He added: “There’s still a very urgent need to find new treatments for this disease and we have to make the right choices about which treatments to try next, because we don’t have time to make mistakes.”