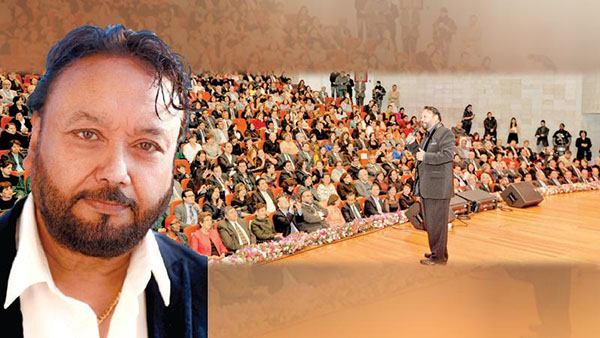 Rosalia Arteaga of Ecuador, the only woman to have held the positions of both President and Vice President of any country has invited Alston Koch to Ecuador. Alston is probably the only Asian born artiste to have appeared in most cities throughout the Continent of South America. He will appear as a special guest at the Excellencia Educativa in Ecuador discussing the effects of Climate Change. 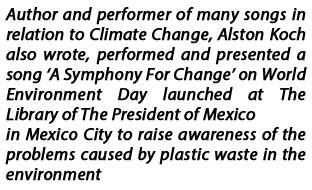 He will also perform a song written especially for the occasion on the subject. Alston Koch has been an original advocate for Climate Change since 1991 when he approached the subject (then unknown) and raised the eyebrows of members of the British Parliament in the House Of Commons.

Alston in Ecuador recently visiting the Amazon and the breathtaking Andes was interviewed on ‘CORA CORA’ Television by Rosalia Arteaga. It was fitting that he be invited again having been felicitated by the Rotary Club of Ecuador for his contribution to the South and Latin American communities. 2019 has been a great year for Alston Koch having carried away the ‘Best Actor’ award at the SIGNIS Film Awards, Sri Lankan Of The Year and Global Entertainer Of The Year 2019 and Brand Ambassador for the Rotary Club of Sri Lanka.

Author and performer of many songs in relation to Climate Change, he also wrote, performed and presented a song ‘A Symphony For Change’ on World Environment Day launched at The Library of The President of Mexico in Mexico City to raise awareness of the problems caused by plastic waste in the environment.

In his early years in Australia entertaining and travelling the World, he has recorded for R.C.A, EMI and SONY Records with Gold and Platinum Awards to his credit.

Alston Koch recently reached No 2 with his best selling album ‘Don’t funk with me’ and was nominated for consideration for an Oscar and an Academy Award for his excellent role in the film ‘According To Matthew’.