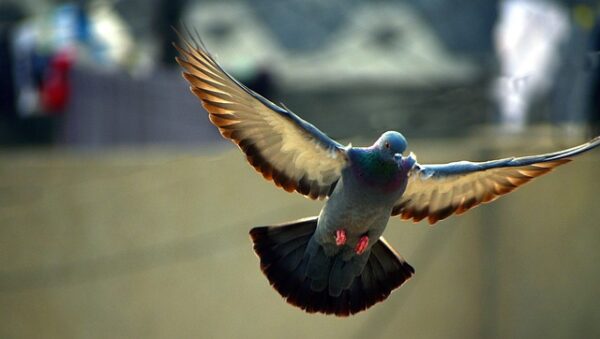 That’s what they sang for parting wishes at Mary Felicia’s daughter’s wedding. The choir of a few carried the lyrics with resonant voices and the gathered handful whispered the chorus, all about little birds soaring to the sky, flying away, flying away. The event took place in a bruised-walled and patched-roofed poor church where a scattering of a congregation of smaller than small people had come to give their good wishes. It was to fellow tsunami survivors as they made their sacred promises to bind the ties of blessed nuptials. I too was present among this mainly fisher-folk and was awed by the simplicity of the ceremony and the inspiring meaningfulness of it all. I felt I owed it to Mary to write her story, just so that people would know what rock bottom courage of a mother is all about. Her deeds are unsung and time would surely lessen their value, blowing them away like tumbleweeds in the wind, unheard and certainly unheralded. But who knows? Perhaps they might be written among the stars by the unseen hand of a sympathetic angel for eternal evidence.

I have known Mary and her three daughters for more than two decades. My wife and I first met them at a time their world had completely collapsed and the family left stranded without a shred of light. The husband Cyril, breadwinner and loving father had gone out to sea and never returned. That was a few years before we met the family. Mary whilst cuddling her three little girls told us the story and showed us a picture of Cyril, prominently displayed on the ramshackle table where most of their worldly possessions fought for space.

Mary Felicia had no way to raise her three daughters. She was just a simple fisherman’s woman who cooked and cleaned her home and frugally managed to survive with the little Cyril earned by fishing. Then he was gone, the boat had capsized and Cyril and his partner went missing, swallowed by the very sea that gave them a life.

Mary trudged on, stoically facing life’s multiple burdens of poverty. She crawled in the deepest mire to make her best attempt in raising three daughters in a world almost shut off from hope. Mary sent them to school and worked as a daily help domestic servant earning pittances to keep the home fires burning. Her family was assisted by CandleAid and that is how we kept our links with her.

As the years rolled, Mary painstakingly picked up the pieces and carved a path with worn out tools for them to traverse the long dark days of survival. Yes! What Kipling said in ‘IF” was what Mary Felicia did in real life. Her untiring efforts kindled the infant hopes of the three girls to seek a better life in a distant horizon. They grew up studious and obedient, as good as the best I’ve seen.

On 23rd December 2004 we visited Mary and family and they were all set to celebrate a simple Christmas. The school reports were grand and they had adorned their little home with simple Christmas decor and we were very happy to see how far this family had come from the time they lost their father. The same picture of Cyril was there, this time with a little garland of flowers in decoration.

Three days later, they lost everything. The tsunami completely devastated them. Their entire house and every item of their meagre possessions were completely washed away. There was an empty space; that was what was left of their home. By some miracle they were not there when the waves came. Mary and the girls had gone to visit some relatives and so escaped death. The only item that they could salvage was the picture of Cyril, as if when everything was lost, he was still there, watching them.

The family moved to a wooden shack as tsunami refugees. How does one begin life when everything is lost? Where would one turn? How many defeats can one face in life and keep going? Three girls needed to be cared for, that was Mary Felicia’s lot in life and she hung on. Six months she suffered in a ten-by-ten room covered with “Takaran” where the noon day heat made it almost like an oven. When the rains came the floor turned to mud, it was simply mother earth beneath their feet.  I saw them there, Mary and the girls with only a few charity possessions, waiting for a solace the world had promised to all tsunami survivors. Cyril’s picture was still there, pride of the household, looking after his family in their darkest hour.

Mary and the girls became the first recipients of the first house that CandleAid built for tsunami survivors. In July 2005, Mary with nineteen other families became proud owners of their new homes in a hamlet called Kalamulla.

Mary the magnificent had survived, she had struggled unimaginable odds toiling with tears and stood strong to carry the responsibility of her brood and raised her three children so lovingly to become beautiful teenagers. The years have taken their toll, Mary had aged and her health was stuttering and there she was, still the mother mercurial giving the finishing touches to her fledglings preparing them to flap their tender wings and fly away to a better world.

This here is a shining example of Mother Courage. My words are not varnished, nor do they depict anything but the absolute truth. Mary needs no fancy rhetoric, just Mary would do, for she has done so much for so long against such daunting challenges that the truth would more than suffice to tell the world how Mary survived.

Back at the wedding Mary Felicia was all aglow as the mother of the bride and the priest gave the best homily I have heard in years. Weather-beaten fisher-folk faces filled the pews and a solitary altar boy was swinging a thurible sending scented incense to high heaven. As the humble voices rang out the beautiful words “Ahasata Igili – Yanawo, Yanawo” I saw two pigeons on slow flight inside the church, flapping their wings in harmony with the voices below as if they were giving the final touches symbolically to Mary Felicia’s triumph in life.

I felt that somehow somewhere father fisherman Cyril too was watching.

The tsunami rehabilitations took place in many manifestations. Some were gifted new houses, some got boats and some got rich at the expense of the victims. A few like Mary, fought back – rewriting the script of their lives with blunt pencil stubs and ended by colouring them with talcum-shaded pastels. I dedicate these lines to such people, wherever they are, the likes of Mary Felicia who rose from the devastation to step tall in life.