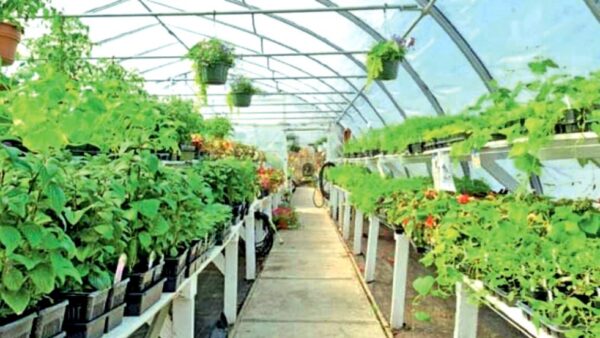 An unprecedented increase in air freight rates to almost all destinations have badly affected the local Floriculture industry. 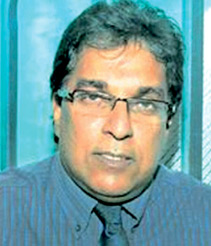 “Cut leaves, which accounts for over 50% of the local exports, were the worst affected and saw an immediate decline in exports. Though the rooted plant sector too saw its costs escalating due to high freight, survived the initial impact through negotiated price revisions and other productivity measures.

The export of tissue culture plants was the least affected since the increase in freight component per plant was less due to the high number of plants per unit weight,” said Dilip de Silva Chairman/CEO Serendib Horticulture Technologies.

The local growers supplying the local demand too suffered due to regular lockdowns and pandemic guidelines. Though the local demand for plants increased significantly, non-availability of market places such as, local plant exhibitions etc has affected the income of the growers, said de Silva.

“This industry requires specific special fertilizers to achieve a quality product for export. The export of such plants cannot be carried out without this input. Applications of such fertilizer and chemicals are mostly in the granular and foliar spray form, which does not result in leeching to the environment. Fortunately, after lobbying for the import of such fertilizers and chemicals, President Gotabaya Rajapaksa has authorized the continuous supply of these items for the expansion of the industry and exports. It is now in the hands of the government officials to expedite the modalities of importation so that the exports could continue without disruptions.”

Dilip de Silva stated that, despite the many setbacks faced by the Floriculture growers and exporters over the past 18 months, if the government gives its blessings and supports the industry, doubling the export revenue over the next 4 years could become a reality.

The pandemic which engulfed the entire world in 2020 greatly affected almost all industries. Fortunately, the global floriculture sector saw a 20-25% increase in demand especially with rooted ornamental plants.

This mainly attributed to the limited movement of people who remained at home engaging in planting and other related domestic activities. The Sri Lankan Floriculture Producers and Exporters Association (FPEA) saw this opportunity and with the help of government agencies such as the Sri Lankan Council for Agriculture Research (SLCARP), Export Development Board (EDB) and the Royal Botanical Gardens, presented a strategic plan to the National Committee on Economic Revival, to double the exports in 4 years.

To supply this surge in global demand, the Sri Lankan exporters and producers have been battling many issues to achieve this objective, said Dilip de Silva.

The Sri Lankan Floriculture industry, consisting of over 150,000 persons directly involved in the production and exports have been a thriving industry over the past few years. Many people are involved in producing plants through a small plant nursery network throughout the island. The companies with acreages ranging from 10 acres to 100 acres with sophisticated state of the art greenhouses and tissue culture laboratories have been bringing in an income of over $ 17 million per annum from exports.

“This industry boasts of a net foreign exchange earnings of over 90%, whereas only less than 10% is dependent on imported material.”