Badulla Pillar Inscription had been found by Jone Belli, British Deputy Agent for *Badulla in 1857 about 4.8 kilometers towards north east of Mahiyangana Raja Maha Viharaya (an ancient Buddhist Temple in *Mahiyangana) and in close proximity to *Soraborawewa.  Initially, the Pillar Inscription had been placed at the *kachcheri in Badulla. Later, it has been placed at Senarath Paranavithana Memorial Library of Badulla, the present location, due to conservation purposes.

According to archaeologists, the inscription has described about the king’s orders about a market and rules of trading; traders and householders of Hopitigama (a market town in Badulla) had submitted a petition describing corruption carried out by the village chief to King Udaya when he visited Mahiyangana Raja Maha Viharaya. The king ordered to carry out a probe regarding the corruption and this pillar inscription had been erected on the orders of the King. The Pillar Inscription has published rules prohibiting such illegal activities. 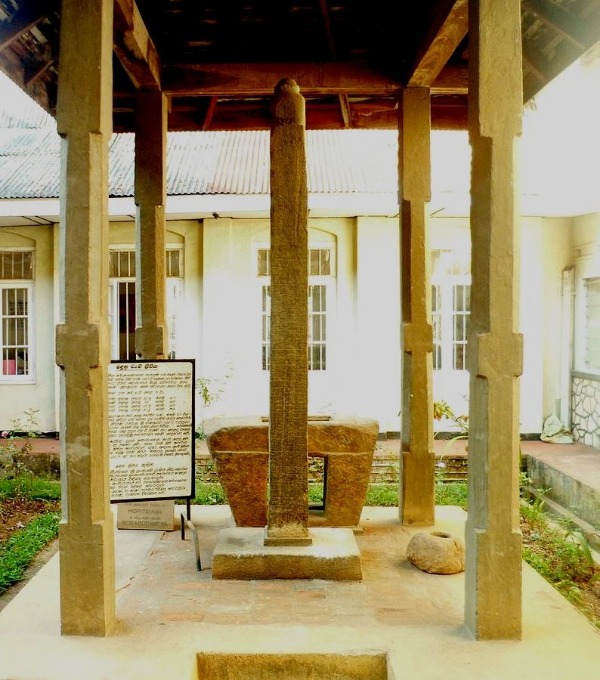