Mass of Remembrance and Prayer Vigil for Sri Lanka from Archdiocese of Sydney on Vimeo. 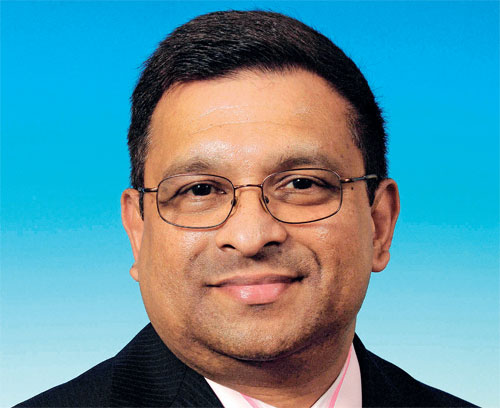 The Cathedral was packed to capacity. In fact it was overflowing. The crowd was whispering in soft murmurs. Politicians of all hues, service personnel, diplomats, religious dignitaries, and thousands of ordinary men and women had gathered.  The ringing of bells signaled the beginning of proceedings. Silence. The scent of incense wafted over the congregation. The cast of clergy made their orderly entry into the sanctuary in carefully choreographed sequence – seminarians, deacons, priests, bishops and behind them all walked the Archbishop of Sydney, the reverend Dr. Anthony Fisher. The multiple TV cameras and their operators swung into action. The throng of photographers began clicking. The clergy ascended the high alter sanctuary.  It is not often that a Catholic service is presided over by as many as four bishops. But, this was a special occasion – a sombre one at that. Eight thousand seven hundred kilometers away some two hundred and fifty people had been brutally murdered. This occasion being celebrated was a memorial to these poor souls whose lives had been terminated by individuals with seriously warped ideological views.

It was the second time in Sri Lanka’s history that tragedy of this magnitude had visited the country on an Easter Sunday. On 5th April 1942 Colombo was bombed by the Japanese. That day some 120 aircraft of the Japanese Air Force dropped hundreds of bombs on various parts of Colombo killing and injuring many. On 21st April 2019 eight bearded men carrying backpacks calmly walked into churches celebrating Easter Masses and hotel restaurants where Easter eggs were being eaten and detonated their deadly weapons of mass destruction. The dead and the injured totaled more than that in 1942. The killing was indiscriminate. Men, women and children. The old and the young. Some of the world’s richest and some the poorest. Those of different religions and different nationalities. Whole families enjoying a holiday and sole individuals on business visits to the country. Hotel staff smilingly welcoming their guests. Even a young couple enjoying illicit sex unfortunately made it their last, having been in the wrong place at the wrong time.

On Friday April 26th between 2,500 to 3,000 people – mostly Sri Lankans living in New South Wales thronged St. Mary’s Cathedral in Sydney to mourn and grieve for the souls departed and to stand in candle-lit silence to ponder and contemplate the sad plight that had befallen their motherland. There were Sinhalese, Tamils, Moors and Burghers. Catholics, Christians, Buddhists, Muslims and perhaps even atheists. They all stood in solidarity shoulder to shoulder as people of one nation. Sri Lankans have not been unfamiliar with terror. Until 10 years ago bombs were a regular phenomenon. However the difference then was the country was divided by ethnic split. This time it is an ideological split and thankfully those of the right ideology – irrespective of religion or ethnicity far outnumber those with a warped ideology. It was that majority that gathered in the Cathedral to pray for those departed and thereafter assembled on the forecourt of the Cathedral to silently send a message to the whole world.

It was reassuring to see all sections of Sydney’s Sri Lankan community flock together in a show of solidarity. This is not always the case. Despite being people from one country having breathed the same fresh air and enjoyed the blessings of one of the best places on earth we have perhaps not been thankful to God, the creator. We have let our human frailties interfere and divide us on various pretexts. This has been the case back home as is being clearly seen in the fallout of the Easter Sunday massacre. And, as Sri Lankans we have chosen to carry those divisions wherever we migrate. Why is this? Should it take terror to bring us together? It is only through togetherness that we can eliminate the hatred. Ironically through an act of evil, some good may eventuate.