The new community case of Covid-19 announced earlier today by the Ministry of Health is a student at Papatoetoe High School. 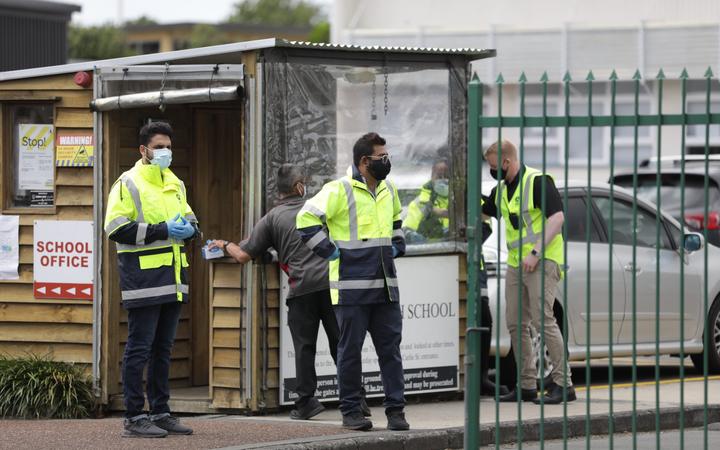 The person is considered a casual-plus contact who had been advised to self-isolate and get tested, the ministry said in a statement earlier today.

Hipkins said the student had not returned to school on Monday. The case was picked up by testing of all students and staff before they were able to return to school.

Director-General of Health Dr Ashley Bloomfield said the test was carried out yesterday and it was the first test the person had been given.

Dr Bloomfield said health staff were looking at the possibility the student had a longer incubation period.

He said the student had symptoms, muscle aches and pains, and yesterday she reported a loss of taste and smell.

On its Facebook page, Papatoetoe High School said it would begin re-testing of staff and students before they left school this afternoon.

The school said more information would be emailed this afternoon around additional testing of households.

Hipkins said all students were being asked to be retested, as well as some of their household members.

Household members getting a second test were being asked to go to the community testing station.

Hiplines said an 0800 number had been set up to provide support to the school community. 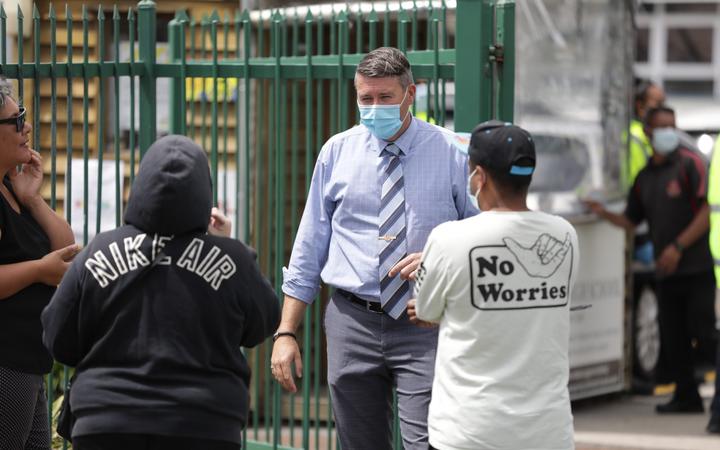 Wastewater testing continued to show negative results in the Papatoetoe area, he said.

“Catching these cases through ongoing testing is evident of the system working as intended.”

He said six people were in the household bubble of the latest community case.

None of the family members were symptomatic but if any of them tested positive, locations of interest would be released, Dr Bloomfield said.

He said it was unclear whether the family were all isolating and interviews were being undertaken.

A sibling of the latest community case is also a student at Papatoetoe High School.

Families of the school should stay isolated until new test results have been returned, Dr Bloomfield said. He acknowledging that some people might be experiencing isolation fatigue.

Genome testing is currently being undertaken.

“There’s nothing to suggest this is a new strain but of course we will be able to confirm this with genome testing,” Dr Bloomfield said.

Students and staff were being retested, as contacts were tested after day five of the original exposure, he said.

Ten new casual-plus contacts from the school were being contacted.

But Dr Bloomfield said there were casual-plus contacts outside of the school, but these were associated to places of interest, so no further action was currently needed.

Hipkins said people needed to “just hold back, demonstrate a little bit of kindness” to ensure people were stigmatised and discouraged from getting tested.

“It’s not helpful for anyone to pass judgement about what anyone else is doing.”

While students and staff are at school, Bloomfield said the government wanted to move as quickly as possible to re-test people.

He said well over 97 percent of staff and students at the school have already been tested.

Hipkins said he hasn’t seen anything at this point that suggests the case won’t be able to be managed by the contact tracing system.

“If the risk profile increases, of course we’ll let you know.”

Hipkins said in large groups there were often a few people that took the longest to contact.

It’s important we don’t sit and pass judgement about the time it took for this test to be done, he said.

On yesterday’s new community case, Hipkins said that person was already in isolation and posed no additional risk to the community.

“This is a little different in the sense that it’s a casual plus contact.”

When asked about the Pullman Hotel investigation, Hipkins said the hotel won’t be filled completely until further work had been done.

Dr Bloomfield said he hadn’t seen any evidence that bowel movement particles were a root of Covid-19 spread.

Hipkins said he doesn’t propose to take any further action regarding the woman in the Pullman Hotel who refused a Covid-19 test and subsequently has been in MIQ for 28 days.

Meanwhile, Auckland has joined the rest of New Zealand and is now at alert level 1.

However, face coverings are mandatory on public transport at levels 1 and 2.