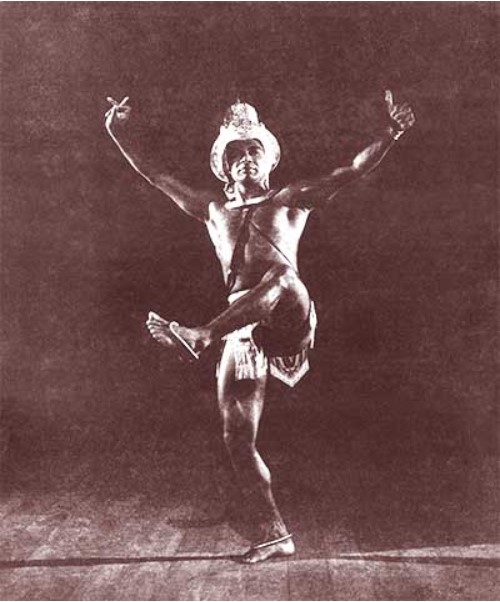 Where would Mother Lanka’s indigenous dance forms be, if not for the renaissance of traditional dance in the early 1940s? January 26, 2021 marked the 100th birth anniversary of the legendary Guru Chitrasena who played a pivotal role in reviving a dance form which was lying dormant, ushering in a brand new epoch to a traditional rhythmic movement that held sway for over two millennia.

“There was always an aura that drew us all to Seeya and we were mesmerized by it,” enthused Heshma, Artistic Director of the Chitrasena Dance Company and eldest grand-daughter of the doyen of dance. She reminisced about her legendary grandfather during a brief respite from working on a video depicting his devotion to a dance form that chose him.

“Most classical art forms require a lifetime of learning and dedication as it’s also a discipline which builds character and that is what we have been inculcated with by Guru Chitrasena, who also left us with an invaluable legacy,” emphasized Heshma, adding that it makes everything else pale in comparison and provides the momentum even when faced with trials. 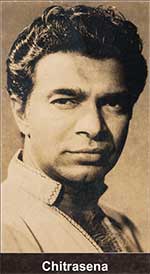 The patriarch’s life and times resonated with an era of change in Ceylon, here was an island nation that was almost overshadowed by a gigantic peninsula whose influence had been colossal. Being colonized by the western empires meant a further suppression for over four centuries. Yet, hidden in the island’s folds were artistes, dancers and others who held on almost devoutly to their sacred doctrines. The time was ripe for the harvest and the need for change was almost palpable. To this era was born Chitrasena, who took the idea by its horns and led it all the way to the world stage.

He literally coaxed the hidden treasures of the island out of the Gurus of old whose birthrights were the traditional dance forms, who did not have a need or a desire for the stage. Their repertoire was relegated to village ceremonies, peraheras and ritual sacrifices. The nobles, at the time, entertained themselves sometimes watching these ‘devil dancers.’ In fact, some of these traditional dancers are said to have been taken as part of a ‘human circus’ act to be presented abroad in the late 1800s.

But how did Chitrasena change that thinking? He went in search of these traditional Gurus, lived with them, learned the traditions and then re-presented them as a respectable dance art on the stage. He revolutionized the manner in which we, colonized islanders, viewed what was endemic to us, suffice it to say he gave it the pride and honour it deserved, though it came with a supreme sacrifice, a lifetime of commitment to dancing, braving the criticism and other challenges that were constantly put up to deter him. Not only did he commit himself to this colossal task but the involvement of his immediate family and the family of dancers was exceptional, bordering on devotion as their lives revolved around dance alone.

Imbued in them is the desire to dance and share their knowledge with others and it is done through various means, such as giving prominence to Gurus of yore, hence the Guru Gedara Festival which saw the confluence of many artistes and connoisseurs who mingled at the Chitrasena Kalayathanaya in August 2018. Moreover the family has been heavily involved in inculcating a love for dancing in all age groups through various dance classes for over 75 years, specifically curated dance workshops, concerts and scholarships for students who are passionate about dancing. 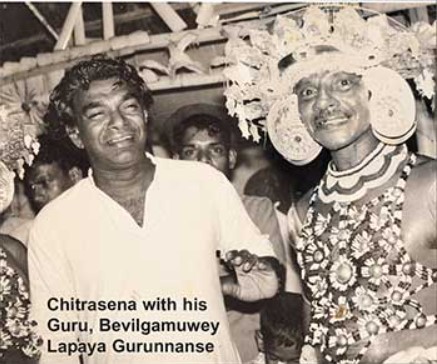 While hardship is what strengthens our inner selves, there were questions posed by Chitrasena that we need to ask ourselves and the authorities concerning the arts and their development in our land. “Yes, there is a burgeoning interest in expanding infrastructure in many different fields as part of post war development. But what purpose will it serve if there are no artistes to perform in all the new theatres to be built for instance?” queries Heshma. The new theatres we have now are not even affordable to most of the local artistes. “When I refer to dance I am not referring to the cabaret versions of our traditional forms. I am talking about the dancers who want to immerse themselves in a manner that refuses to compromise their art for any reason at all, not to cater to the whims and fancies of popular trends, vulgarization for financial gain or simply diluting these sacred art forms to appeal to audiences who are ignorant about its value,” she concludes. There are still a few master artistes and some very talented young artistes, who care very deeply about our indigenous art forms, who need to be encouraged and supported to pursue their passion, which then will help preserve our rich cultural heritage. But the support for the arts is so minimal in our country that one wonders as to how their astute devotion will prevail in this unhinged world where instant fixes run rampant.

Yet, the cry of the torchbearers of unpretentious traditional dance theatre in our land, is to provide it a respectable platform and the support it rightly deserves, and this is an important moment in time to ensure the survival of our dance. With this thought, one needs to pay homage to Chitrasena whose influence transcends cultures and metaphorical boundaries and binds the connoisseurs of dance and other art forms, leaving an indelible mark through the ages.

Amaratunga Arachchige Maurice Dias alias Chitrasena was born on 26 January 1921 at Waragoda, Kelaniya, in Sri Lanka. Simultaneously, in India, Tagore had established his academy, Santiniketan and his lectures on his visit to Sri Lanka in 1934 had inspired a revolutionary change in the outlook of many educated men and women. Tagore had stressed the need for a people to discover its own culture to be able to assimilate fruitfully the best of other cultures. Chitrasena was a schoolboy at the time, and his father Seebert Dias’ house had become a veritable cultural confluence frequented by the literary and artistic intelligentsia of the time. 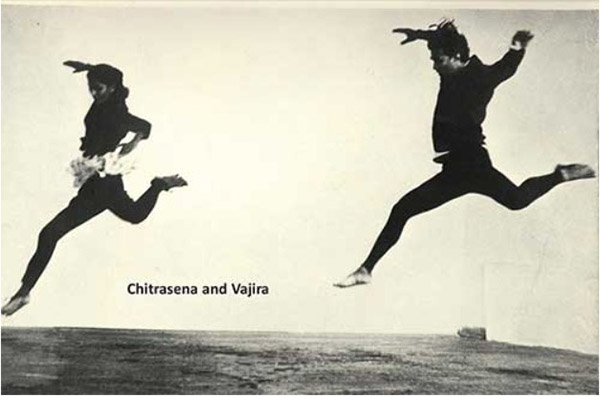 In 1936, Chitrasena made his debut at the Regal Theatre at the age of 15 in the role of Siri Sangabo, the seeds of the first Sinhala ballet produced and directed by his father. Presented in Kandyan style, Chitrasena played the lead role, and this created a stir among the aficionados who noticed the boy’s talents. D.B. Jayatilake, who was Vice-Chairman of the Board of Ministers under the British Council Administration, Buddhist scholar, Founder and first President of the Colombo Y.M.B.A, freedom fighter, Leader of the State Council and Minister of Home Affairs, was a great source of encouragement to the young dancer.

Chitrasena learnt the Kandyan dance from Algama Kiriganitha Gurunnanse, Muddanawe Appuwa Gurunnanse and Bevilgamuwe Lapaya Gurunnanse. Having mastered the traditional Kandyan dance, his ‘Ves Bandeema’, ceremony of graduation by placing the ‘Ves Thattuwa’ on the initiate’s head, followed by the ‘Kala-eliya’ mangallaya, took place in 1940. In the same year he proceeded to Travancore to study Kathakali dance at Sri Chitrodaya Natyakalalayam under Sri Gopinath, Court dancer in Travancore. He gave a command performance with Chandralekha (wife of portrait painter J.D.A. Perera) before the Maharaja and Maharani of Travancore at the Kowdiar Palace. He later studied Kathakali at the Kerala Kalamandalam.

In 1941, Chitrasena performed at the Regal Theatre, one of the first dance recitals of its kind, before the Governor Sir Andrew Caldecott and Lady Caldecott with Chandralekha and her troupe. Chandralekha was one of the first women to break into the field of the Kandyan dance, followed by Chitrasenás protégé and soul mate, Vajira, who then became the first professional female dancer. Thereafter, Chitrasena and Vajira continued to captivate audiences worldwide with their dynamic performances which later included their children, Upeka, Anjalika and students. The matriarch, Vajira took on the reigns at a time when the duo was forced to physically separate with the loss of the house in Colpetty where they lived and worked for over 40 years. Daughter Upeka then continued to uphold the tradition, leading the dance company to all corners of the globe during a very difficult time in the country. At present, the grand-children Heshma, Umadanthi and Thaji interweave their unique talents and strengths to the legacy inspired by Guru Chitrasena.