Covid-19 could still easily slip the country’s safety net and cause another lockdown despite new managed isolation rules, a leading epidemiologist says.

At the Pullman Hotel, changes were made to cut the risk of spread after three guests returned positive test results while out in the community last month.

The Pullman began accepting returnees yesterday after a hiatus to allow an investigation and changes that saw an improvement in ventilation and reducing the movement of guests.

Leading epidemiologist Nick Wilson, who is a long time critic of the way the facilities are being run, said the restrictions were inadequate.

One, where guests had to book a 30-minute slot if they wanted to leave their room for exercise or a cigarette, was still too lax, he said.

New Zealand should follow the example of Australia and several other countries where guests stayed in their rooms for their entire visit, he said. 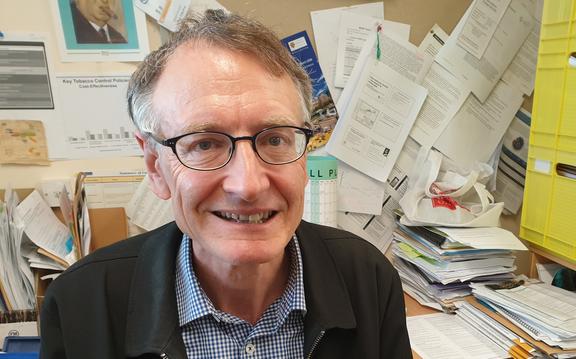 “They have their exercise equipment in their room and if they’re smokers they have balconies or use nicotine replacement therapy,” Wilson said.

The Pullman would have fewer guests while air filtration was installed in the lifts, and it would now run ventilation in the corridors all the time, instead of just two hours a day.

Wilson said he was shocked to learn that had been the case.

“That shows how backward things were just a few months ago. We know we are dealing with a respiratory virus. That ventilation in the corridors should have been operating at full capacity for the last year,” he said.

Nurses Organisation’s representative Kate Weston was happy they had finally won their battle to be able to wear the more protective N95 masks in the facilities.

“It has been a long time coming but it is recognising that when health workers, particularly, are in that very confined space working with a returning guest then they absolutely do need to be protected,” he said.

They also supported the new requirement to take a break after they close the door from each in-room test to help stop air flowing from one room to another.

Covid-19 Response Minister Chris Hipkins insisted the changes would make the Pullman safer and that the lessons learned would be rolled out across other managed isolation facilities.

However details of what those lessons were remained a secret.

The Ministry of Health was refusing to release the review into the Pullman despite repeated requests from RNZ and other media, and the review is being referred to publicly by Hipkins and the head of MIQ Brigadier Jim Bliss.

It would only say it would be released “in due course”.

This is an official government Covid-19 announcement:

Auckland is now at alert level 3, the rest of the country is now at alert level 2. Cases of Covid-19 have been identified in the Auckland community. Restrictions will remain until Wednesday at midnight. A further announcement on next steps will be made at 4.30pm this afternoon. Travelling in or out of Auckland is restricted. Stay home, stop the spread. For more information on the alert levels go to covid19.govt.nz.

RNZ is the statutory Lifeline Utility responsible for radio broadcasting under the Emergency Management Act 2002 and it has a memorandum of understanding with Government which has been activated to help deal with potential health issues related to the pandemic. RNZ’s Lifeline Utility obligations do not affect our editorial independence as a public media organisation or the rigour of our news gathering and reporting operations.