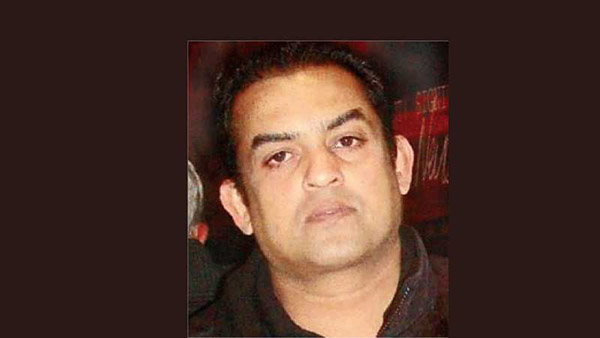 The game of rugby is a highly body contact game. One needs to maintain a good physique and have supreme skills in handling the oval shaped ball. Pradeep Lakshantha was one of them who was a tower of strength in any side he played in the third row as an immaculate player, who also had kicking skills piloting his team to victory while taking part in school, club and at the national level.

Pradeep was born in 1969 and had the rare honour of being a member of a family with two other brothers who locked horns in competitive rugby. His father was late N.T. Lalith Ananda and Hema de Alwis was his mother, both of them were very enthusiastic in observing their children excelling in sports. Pradeep’s other two younger brothers were Viraj Prashantha and Champika Nishantha who also handled the oval shaped ball from their younger days ending up by representing the country while the sister Yamuna Eishanthi concentrated on her studies.

Pradeep was popularly known as ‘Rambo’ in rugby circles from the time he represented school. From his younger days he was very fond of engaging in sports and had a liking towards playing football and cricket. With his enrollment as a primary class student at Isipathana College where he ended up completing his school career, he initially took part in playing cricket in the under-15 age category. He also played football with one of the pioneer clubs in the game, the Saunders Sports Club competing in the under-15 age group. The Saunders team was coached by late P.D Sirisena.

Pradeep was involved with his school friends down Chitra Lane where he was residing and went on to play rugby with them using mango seeds and plastic bottles. He used to witness the matches with them at Havelock Park. This enabled him to get into the college junior rugby team at the age of 15 years. He gradually matured into a prominent player and established a regular position in the College first XV team. He learnt the basics of the game from his junior coaches Gamini Indrasena and M.D. Ifthikar from 1983 to 85. He locked horns in a dual role either as a flanker or a Number eight player under Chandana Deepthi’s captaincy in 1985, in 1986 under Selvin Salley and in 1987 under late Nilantha Laksmiwewa which could be rated as the ‘Golden Era of Isipathana Rugby’ where the green jersey boys dominated the game winning several championships. His senior coaches from 1985 to 87 were O.W.R. Perera and Maxwell Dias. He was a member of the 1985 inaugural R. Premadasa Trophy winning team. In 1987, Sri Lanka national team toured Wales under Hisham Abdeen and he was also a member of that squad. In addition to his positional play in the ‘pack’ he was a gifted player with great kicking skills. One of his unforgettable moments was against Royal College in the Milroy Fernando Trophy match when he fired a 40-metre penalty awarded by referee Anton Benedict to make it a 16-all draw after Royal were leading 16-13

In 1987, soon after school, he joined the Havelock Sports Club and played a phenomenal role with some other stalwarts in the game in that era. After monitoring his performance, he was appointed to lead the Colombo Schools in 1987 and later led the Park Club under-24 team in 1990 and the senior team in 1991. In1986, he toured with the Sri Lankan team to Taipei occupying the flankers position. He was 19 years old when he played in the under-20 team

. He got the National call in 1988 and toured Hong Kong and Chinese Taipei in 1988 and 1989. He was chosen to represent Sri Lanka at the Hong Kong ‘Sevens’ in 1989. At the age of 22 years in 1990, he played for Havelock Sports Club in the flanker position before becoming the skipper of their team in 1991 While being a young lad he played in the National team with some of the great players in that era like Palitha Siriwardena, Hisham Abdeen, Sudesh Abeysinghe, Aruna Udawalagedara, Chaminda Rupasinghe, Hemantha Yatawara and Roger Rodrigo . He became a regular in the National team in both formats of the game the sevens and fifteen-a-side format.

After school, he worked at ANZ Grindlays Bank from 1988 to 1999 as a Bank Officer whilst completing the game. He was sponsored by the Jade Gardens Sports Club to compete and be a part of the Mercantile Football tournament..

He is enjoying married life and has a 23 year old daughter who attends Texas State University while working in a corporate position at business IT company.