Home  ⁄  Article  ⁄  Pfizer is using Israel to trial their vaccine: here’s what it shows
Feb 21, 2021 Posted by nzuser In Article Comments 0

Israeli researchers have found that having just one shot of the Pfizer coronavirus vaccine may lead to lower viral loads, making it harder to transmit Covid-19 if someone becomes infected after the first dose. 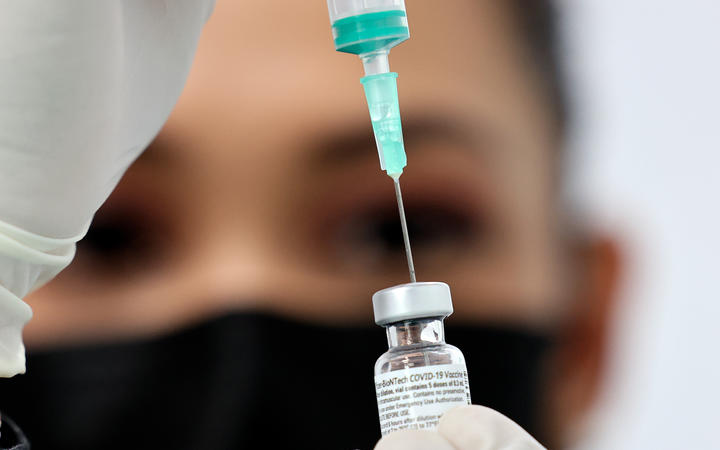 A health worker prepares an injection of the Pfizer-BioNTech vaccine against the coronavirus at a vaccination centre in Dubai.
Photo: AFP

And it’s not the only positive research about the Pfizer jab to come out of Israel recently.

A separate independent Israeli study, from the country’s largest healthcare provider Clalit, found a 94 percent drop in symptomatic Covid-19 infections among 600,000 people who received two doses of the Pfizer vaccine.

Pfizer has said its jab, which has begun to be rolled out in New Zealand to vaccinators and border workers on Friday, needs two doses taken 21 days apart to be effective. 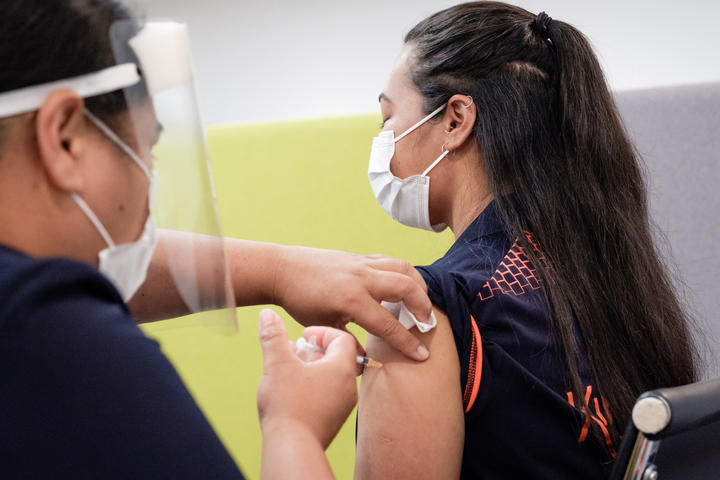 A quarantine worker at Auckland’s Jet Park Hotel quarantine facility is given the Covid-19 vaccine on Saturday.
Photo: Supplied / Ministry of Health

Why are we getting so much Israeli data?

Nigel McMillan grew up in Timaru, and is professor of infectious diseases and immunology at Queensland’s Griffith University’s Menzies Health Institute, he said it wasn’t surprising there was an influx of information about the Pfizer jab to come out of Israel.

The Pfizer option was the first coronavirus vaccine worldwide to make it through phase three of testing, Professor McMillan explained, which meant it was out being used in the community.

And Israel has already administered more than 6.7 million doses, according to Bloomberg’s Covid vaccine tracker.

This high vaccination rate and the fact that every citizen has a digital health record made it easy for the country to collate and compare information.

“Because [Israel] is vaccinating lots of people, it allows them to compare non-vaccinated and vaccinated people,” Professor McMillan said. 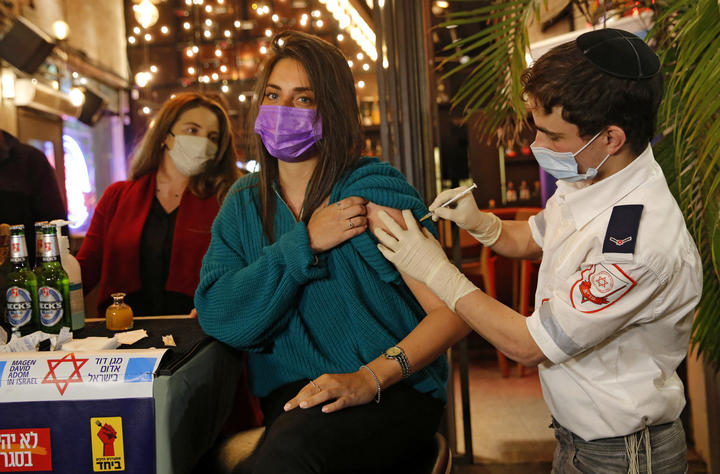 An Israeli health worker gives the Covid-19 vaccine at a bar in the coastal city of Tel Aviv on 18 February.
Photo: AFP

Pfizer has signed an agreement with the Israeli Ministry of Health for anonymised data on vaccine recipients – an arrangement which the company describes as a “non-interventional ‘real-world’ evidence data collection collaboration”, rather than a clinical research study.

Decreased viral loads after one vaccine

The first study, which found reduced viral loads after the first Pfizer dose, retrospectively examined the test results of 2,897 patients.

“What this shows is, if you’re vaccinated, even with just one dose, and immunity isn’t really expected to kick in until at least seven to 10 days … you have less virus in your nasal swabs,” Professor McMillan said.

“So you have about four times less virus,” he said, adding this meant it was less likely the infected person would the transmit the virus.

Peter Collignon, an infectious diseases and microbiology professor at the Australian National University, said the results were not altogether surprising.

“Every vaccine at least decreases the severity of the disease, and therefore the amount of virus you probably shed,” he said.

“The Pfizer vaccine’s [impact on disease severity] so far looks the most promising, so I’m not surprised by evidence that it makes an impact on transmission.”

But the data has its limitations. It’s yet to be published or peer reviewed, and does not include data for what happens after the second dose of Pfizer.

“It’s certainly an encouraging trend; if one dose will reduce it four-fold, two doses would be expected to reduce that even more,” Professor McMillan said.

“We’re really interested in the idea that transmission may be prevented, because this is an important issue in terms of how quickly things might return to normal.”

And while the initial findings have been welcomed by Pfizer, the company made clear that two doses of the vaccine were required to provide the 95 percent efficacy rate observed in its phase three trial, and further research was needed to better understand transmission. 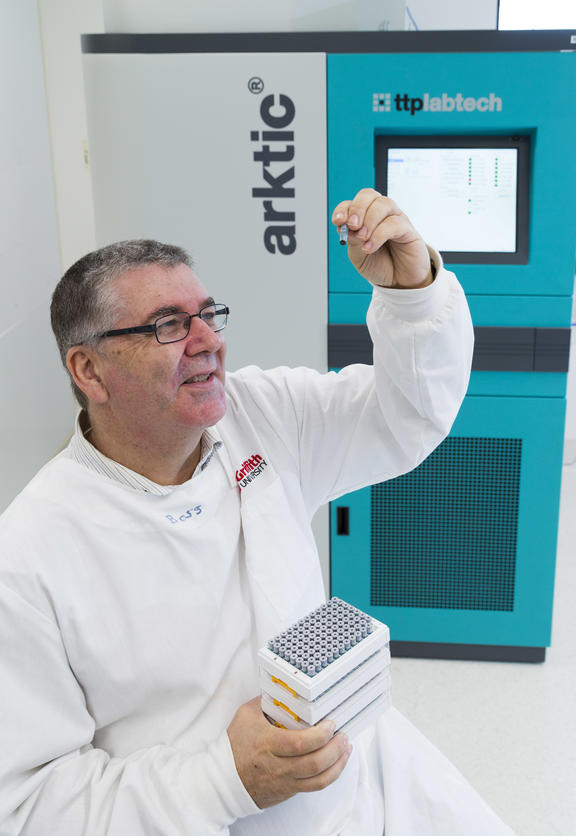 Meanwhile, the Clalit study found a 94 percent drop in symptomatic Covid-19 infections among 600,000 people who received two doses of the Pfizer vaccine.

Professor McMillan said although he had not seen the study’s dataset, it would be a positive step if the results were replicated in all vaccine recipients.

“That means that the virus will basically not be able to circulate in the community, it will allow things to return to normal,” he said.

The data behind this second study has yet to be publicly released.

Even Pfizer says it’s yet to see the published research from Clalit, but it “looks forward to those results”.

Professor McMillan said during the pandemic, it had been common for research to be released in its early stages because health experts and the broader community were keen to examine any new findings.

However, he maintained that the “gold standard” of scientific research was data that had been peer reviewed and published.