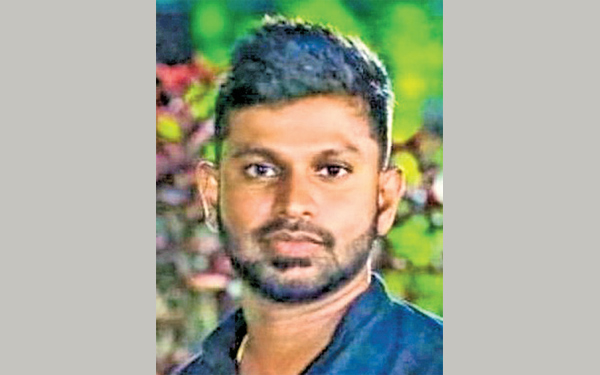 He guided Devapathiraja College Girls’ team to five championships in Girls under 19 age group and one title in under 17 girls age group so far.

Halamba Mahesh Sandaruwan de Silva was born on June 7 1992 at Galle. He attended

He represented the under 13, 15, 17 and 19 teams from 2003 – 2008 in Devapathiraja College Rathgama as a left hand batsman and right arm off spinner. He represented the school’s first XI teams in four seasons. He scored more than 1500 runs with eight half centuries and claimed more than150 wickets in four seasons for Devapathiraja College. His best bowling performance was 8 wickets for 52 runs against Karandeniya Central College in 2007/2008 season.

He was deputy skipper of the college first XI under the guidance of coach, Ranjan Lasantha de Silva in 2008/2009.

He passed the GCE O/L exam in 2008. He joined Richmond College Galle for A/L’s in 2009. He represented Richmond College first XI team in two seasons of 2010 and 2011 under the guidance of Dhammika Sudarshana head coach. He played two big matches against Mahinda College Galle in the Lovers’ Quarrel in 2010 and 2011. He was adjudged best batsman in the big match under the captain Dhananjaya De Silva, the Sri Lanka Cricketer. He scored more than 550 runs with four half centuries in the last under 19 season for Richmond. He represented Galle CC in under 23 tournament and emerging tournament. He played for United Southern CC in the Sara Trophy.

College Rathgama in the under 19 girls’ cricket tournament. Devapathiraja College won girls under 17 title and the Softball Championship in the All Island Schools tournament in 2017, 2018 and 2019 .

He coached the Seenigama Ladies’ team in the Women’s Premier league tournament from 2016. He is currently Girls’ head coach of Devapathiraja College Ratgama and Junior assistant coach of Richmond College Galle. (YK)