There are two cases of Covid-19 in the community reported in New Zealand today, and one in managed isolation and quarantine facilities. 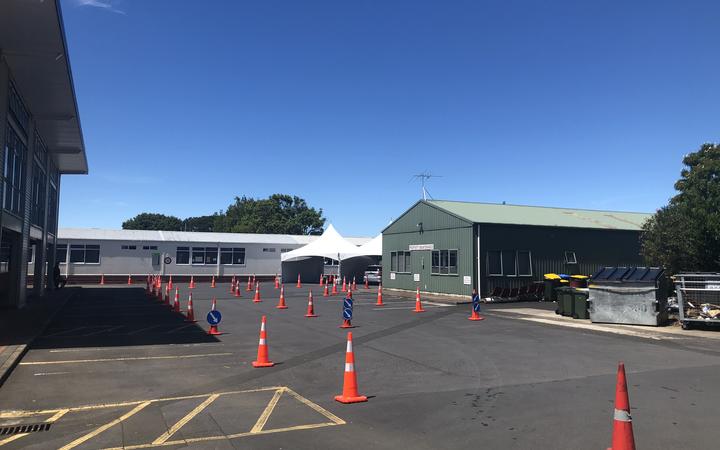 Covid-19 Response Minister Chris Hipkins told the Health Select Committee before the 1pm update that there were two new cases in the community.

He said both were students at Papatoetoe High School. School principal Vaughan Couillault confirmed they were siblings, and one was a classmate of the existing case.

Hipkins said it was still too soon to say what impact the new cases would have on Cabinet’s alert level decision this afternoon. Prime Minister Jacinda Ardern and Dr Ashley Bloomfield will announce at 4.30pm whether alert levels will change.

This afternoon’s 1pm statement from the Ministry of Health confirms that number. There is also one new case found in managed isolation and quarantine.

Director-General of Health Ashley Bloomfield told the select committee the siblings were isolating already as they were classed as a close contact and casual-plus contact.

He said testing of the household contacts would take place and exposure events would be looked at. People linked to any exposure event would also be asked to isolate.

He said family members for the two siblings were also isolating.

“In this case it’s most likely that the chain of transmission is from our original case to her classmate, who’s then passed it on to her brother.”

Dr Bloomfield said they would be looking very carefully at whether there were any other positive tests coming out of the high school.

“So far two thirds of them, over 1000, have been negative which is encouraging,” he said.

The ministry said it had found no evidence of further community cases of Covid-19 from wastewater sampled by ESR.

The minstry said Auckland’s south western interceptor returned a positive result consistent with the level of cases at the Auckland quarantine facility.

Contact tracing has identified 128 close contacts associated with the first three community cases who were announced on Sunday. Of these, 76 tested negative.

Case investigation and contact tracing for Cases D and E – the two siblings identified today, is under way.

A total of 31 close contacts and 1523 casual plus contacts had been identified at Papatoetoe High School by 11.30am today.

Of those, 29 close contacts have returned negative results, one positive result (Case D), and one is outstanding.

Of the casual plus contacts, 1159 have returned negative results, there is one positive (Case E), and 363 are outstanding. The ministry said itw was important to note that Case E was a close contact of Case D, but for the purpose of test reporting is classified as casual plus.

Auckland is on its third day of alert level 3, with the rest of the country at level 2, after the three initial community cases. No primary sources of infection were identified over the weekend.

Yesterday was the second day with no reported cases in the community, despite a testing blitz which saw more than 15,000 people swabbed in the past 24 hours alone.