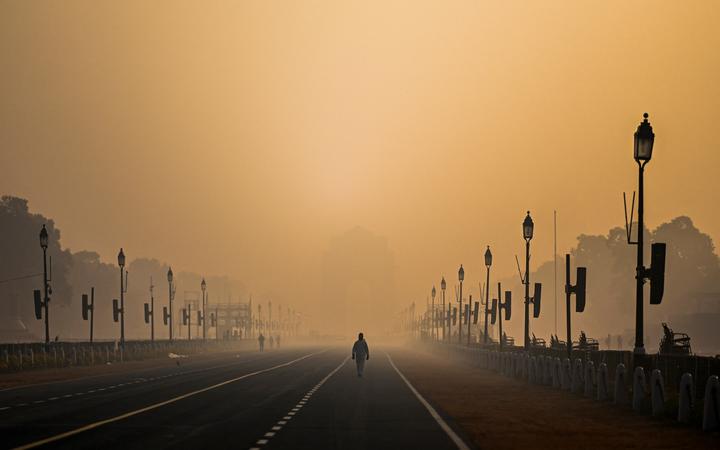 Environmental campaign group Greenpeace Southeast Asia and air quality technology company IQAir measured pollution levels across 28 cities – chosen according to where data was available and with a geographical spread.

“A few months of lockdown hasn’t really dented that long-term average of air pollution that people have been exposed to,” said Aidan Farrow, an air pollution scientist at Greenpeace Research Laboratories at Britain’s University of Exeter.

“It is a little shocking to see how much upheaval there has been – and we still have work to do to improve air pollution,” he told the Thomson Reuters Foundation.

Air pollution is the single largest environmental risk to human health globally, and kills an estimated 7 million people every year, according to the World Health Organisation (WHO).

WHO said nine out of 10 people breathe polluted air, which is linked to strokes, lung cancer and heart disease – and now equals the effects of smoking tobacco, health experts say. 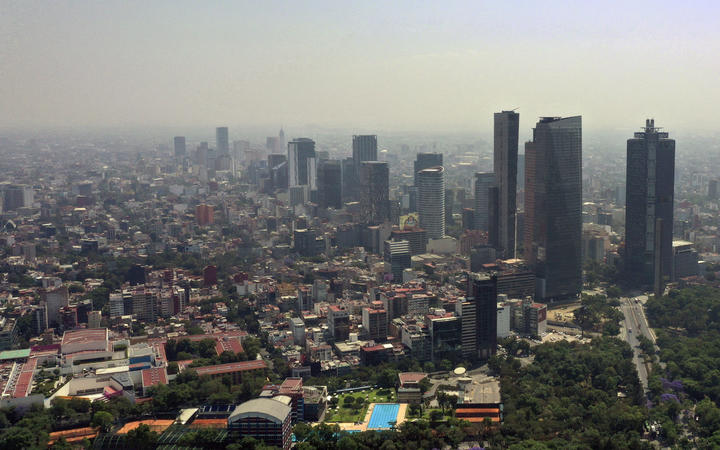 Aerial view showing low visibility due to air pollution in Mexico City, on April 1, 2020, during the coronavirus pandemic.
Photo: AFP

The problem affects more cities in Asia than anywhere else in the world. Major causes include vehicle emissions, coal power plants, construction, festival fireworks, forest clearing, and burning of crops, firewood and waste.

Delhi had the highest death toll among the five biggest cities, with some 54,000 deaths – or one per 500 people – due to high levels of tiny pollution particles, known as PM2.5, which can cause lung and heart diseases, the study said.

Japan’s capital Tokyo suffered the highest financial cost with approximately 40,000 deaths and economic losses of $US43 billion ($NZ60b), it added.

Lockdowns to stem the spread of the new coronavirus in major cities have forced millions to work from home, while slowing economies have slashed carbon dioxide emissions.

“We have seen changes in road traffic, aviation as well … but the major (air pollution) sources have continued to operate largely as before,” Farrow said.

“The problem is vast and needs a big, multi-industry effort to address it,” he added, calling for more investment in cleaner technologies, renewable energy and electrified public transport.