Wellington business owners are breathing a sigh of relief that the region will move back to alert level 1 just in time for the weekend rush. 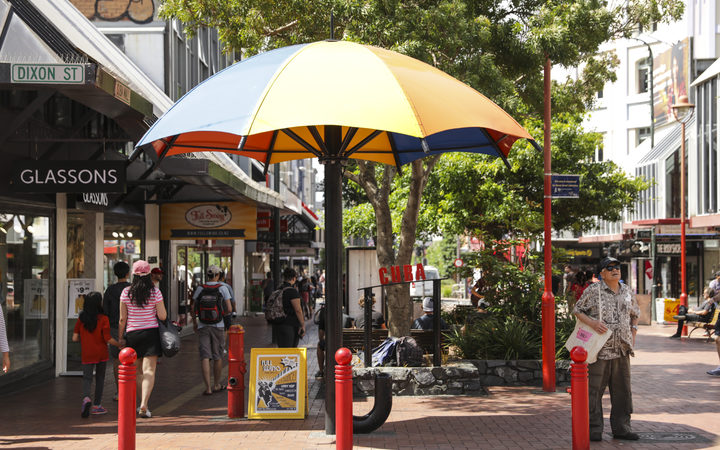 Auckland moved to alert level 2 and the rest of New Zealand to level 1 from midnight, though three new community cases of Covid-19 being announced yesterday. The new cases were linked to one of last weekend’s cases, a pupil at Papatoetoe High School.

Three days of venue restrictions and low foot-traffic have left some owners feeling the pinch.

On a good night, the hugely popular Cuba Street restaurant Loretta turns out meals for a couple of hundred guests.

But service can get a little complicated when guest numbers must be below 100 and they have to be spaced out, with just one person serving them.

He is relieved the rules have lifted.

“We’re all incredibly grateful that we’re going back into level 1 before the weekend because managing 800 covers for brunch on a Saturday or 240 for dinner on a Saturday night is mammoth.”

While the three days of restrictions was nothing compared to a six-week lockdown, the loss of revenue still stung, he said.

“It drops down. Wellington was lucky, it had a big weekend this previous weekend with events on. It was heaving. Most restaurants would have benefitted. Sometimes you have to cut those losses and piece them out over the year.”

For Valhalla owner Ben Mulchin, the change in alerts level allows shows to go on, and that means it is back to business for bar sales.

“Going to level 2 in Wellington means we can’t do standing shows, which means an 80 percent reduction on bar take … and a big reduction on patrons.”

Level 1 will bring back some freedom to musicians and promoters too.

For a venue that regularly hosts punk shows and dance parties, making an audience sit down felt a little strange.

“In terms of a performer, it’s a very strange vibe having a seated show. It has to be the right kind of music for it to even work at all.

“It can be quite intense, there’s a very minimal crowd or physical interaction.”

While hospitality wrestled with the complications of seating and serving, retail had to grapple with a major dip in foot traffic.

The shoe shop I Love Paris has been running for 17 years out of the Old Bank Arcade on Lambton Quay.

Owner Samara said the city centre was a ghost town on Monday morning.

“With so many people working from home this week, we’ve definitely noticed a lack of foot traffic in the Old Bank Arcade, [fewer] people sitting out at Smith the Grocer having meetings, and with the tables spaced out, [fewer] people being able to sit there as well.

But she doesn’t begrudge the restrictions.

“You just turn up each day and embrace it. You’ve just got to feel positive about everything, and we do.”

Samara said one consolation was the rise in online sales.

Wellington Chamber of Commerce president Jo Healey is delighted at the return of level 1 but said businesses were still on high alert.

“I’m sure there will be a sigh of relief, however we have to keep our eye on things and stay vigilant, especially during these times of change.”

Healey said hospitality and retail bore the brunt of restrictions but she said they were becoming more prepared to snap into action when alert levels changed.

She hoped another wage subsidy scheme would be considered if there were any lengthier restricted periods.