A KiwiBuild development in New Plymouth has defied the naysayers and sold out the first tranche of 33 properties in double-quick time. 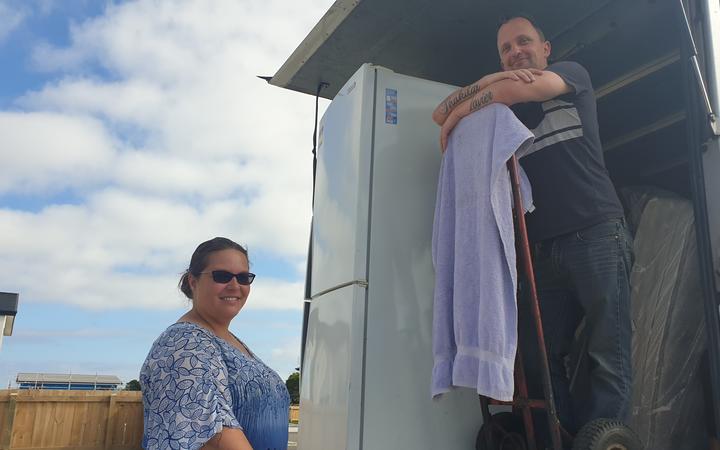 The Discovery Development in Marfell only went on the market in October and there’s already keen interest in the outstanding 35 homes which are nearing completion.

The project is built on land where dozens of neglected state houses were demolished in 2008 forcing about 20 families from their homes.

In 2017, yet more abandoned properties were bulldozed to make way for the $23 million development which it is hoped will rejuvenate the neighbourhood.

“We are really excited. We moved in on Saturday so it’s pretty cool. It’s pretty amazing, a really quiet place.”

The couple had relocated from the big smoke.

“We spent five years in Auckland and we decided it was like too busy for us, so we decided to choose a smaller city to move to and we chose New Plymouth because my husband’s a surfer so because of the waves and it’s a good city. We really like it.” 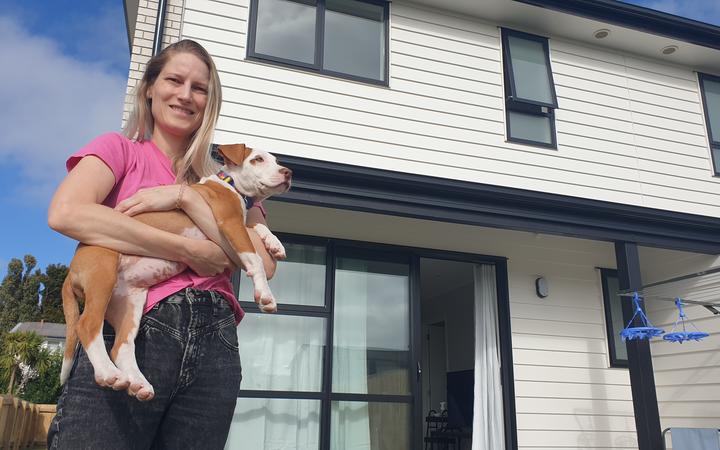 The Kriegers have bought a three-bedroom duplex with one-and-a-half bathrooms and an open-plan kitchen living area for $390,000.

According to the Real Estate Institute, the median house price in New Plymouth over the past 12 months has been about $550,000, while in Marfell it is about $350,000.

Gabrielle was aware the neighbourhood had a chequered history, but it did not phase her.

“No, no. It’s okay. We come from Brazil so you can imagine this is nothing for us.”

Next door Ronel and Jayden Langley have also just moved in.

The couple had been looking for a home for about a year before they stumbled into an open home at the Discovery Development by accident.

Ronel said there was nothing comparable in New Plymouth.

“Oh wow, if we were looking at getting something else outside of here we wouldn’t be able to afford anything in New Plymouth.

“We’d have to go outside to Stratford or further afield, but we both work in town and the kids are in school in town, so to get something like this for this price and with what we have in town. You can’t complain.”

Ronel said Jayden was returning to his old stomping ground.

“He actually lived in Marfell for most of his life and went to Marfell [Community] School, so we have no reservations [about the area].

“I think there’s a lot of stigma about this area, but it doesn’t mean that everyone is like that. You go to other areas in Taranaki and New Plymouth and you don’t know what’s going on behind the doors there.” 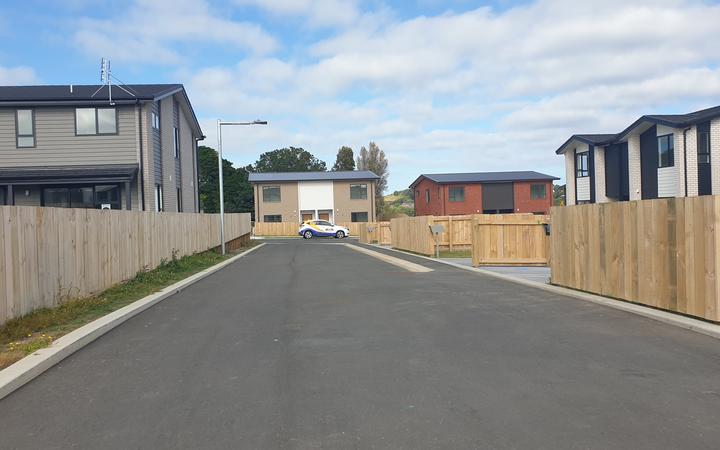 Marfell Community School principal Janet Wilson was a long-time supporter of the project.

She said if it caused the school’s roll to grow quickly from its present 124 students it would need additional government help.

“It’s going to have a significant impact on our school and that’s assuming they’ve all chosen to support their local school, but in saying that those 68 homes are really just filling in the hole that was left when those houses were initially demolished.”

Wilson said the development would transform Marfell in a positive way.

“I mean just look at where we are. We are but five minutes away from the centre of New Plymouth and some of those houses up there have coastal views. I make parallels to places like Orakei in Auckland and you’d be pushed to find a state house up there for under $1.5 million.”

New Plymouth Mayor Neil Holdom said the quick sales at Discovery were symptomatic of pressure in the wider housing market.

“It’s pretty clear that Kiwis are desperate to get a hold of houses and look for some sort of security in this Covid environment and with the massive property inflation we’ve seen obviously those brand new properties that all meet the specs and things, they’re warm, dry – people are snapping them up.

“And it’s good the we’re getting that government investment coming in and keeping builders working and let’s just keep it going.”

“We need more housing and we’ve got a lot of people looking for places to live in that either want to rent or to own and there’s just not enough housing, so we need the government to do their part and historically in Taranaki they have under invested. They’ve really treated us poorly.”

Harcourts project co-ordinator Mike Powell said the quick sales at Discovery did not surprise him.

“It went exactly the way I thought it would go. I think the government has targeted the people they’ve wanted to help most perfectly really and there’s plenty of them and they’ve been coming in droves.

“And they’ve liked what they’ve seen and they’ve taken the opportunity to get the help up from the government into a brand new beautiful unit of their own, and I’m not really surprised to be honest with you.” 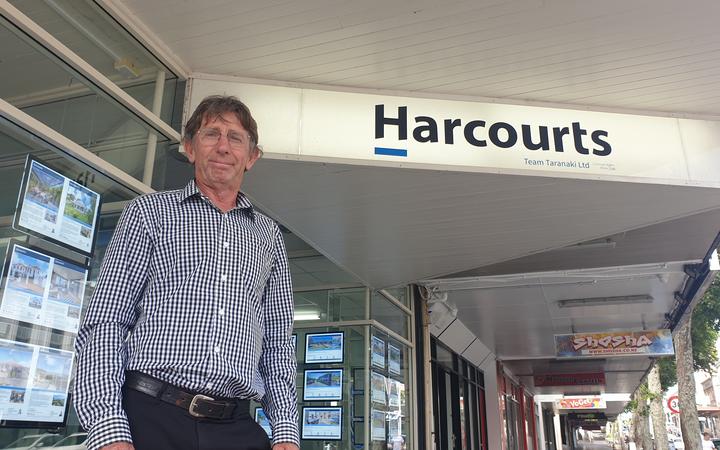 Powell said the next tranche of homes was about to come on the market.

“Interest is really good. There’s combination of four-bedroom duplexes and three-bedrooms with car sheds, which we have had so far, that we’ve got quite a lot of people wanting to have a look at.

“We can’t pre-book or pre-sale, but we’ve got a number of people to call and advise when they’re ready to go and so that looks really good. The whole complex should be complete by the end of April.”

He expects these properties to fly off the shelf too.

“Well that’s what we are all hoping for, we’re sales people of course and that’s our job and we would certainly expect that and are hoping for that.

“And baring any major catastrophes beyond our control that’s what will happen.”

KiwiBuild homes are available to New Zealand citizens or residents who earn less than $120,000 or $180,000 for couples.

Buyers must live at the property for at least three years.