This year’s Art Deco Festival in Napier has been cancelled for the first time in its history, due to Covid-19. 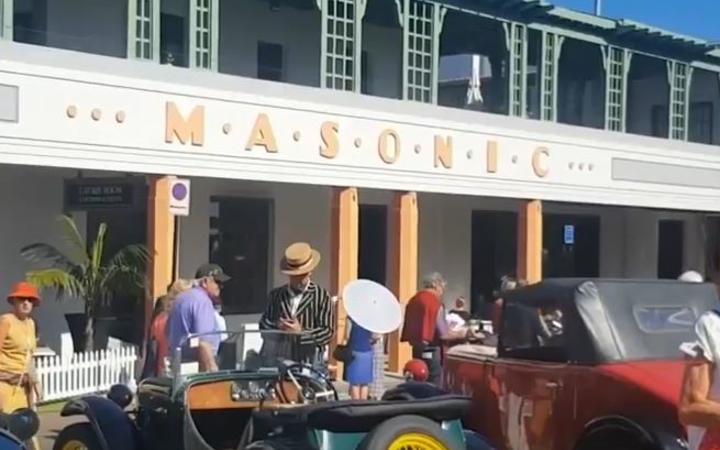 A scene from a previous Art Deco Festival.
Photo: RNZ

The Art Deco Trust said the uncertainty over the ongoing alert levels forced them to make the decision.

It was due to start on Wednesday and finish on Sunday.

Trust chairperson Babara Arnott said the government gave no indication today that there would be there would be any reduction in alert level on Wednesday.

“That is why we had to make the decision today,” Arnott said.

“It’s been running a long time and it’s never stopped yet, this is the first time that we’ve had to pull the plug on it… it’s really a celebration and commemoration of the earthquake and the resilience of the city that rose from the earthquake.

“We needed to give certainty to the hundreds of entertainers, artists, contractors, event venues and suppliers tonight so that they know where they stand.

“This has been an incredibly tough decision and we have had to weigh up a huge number of factors and consider several different scenarios in the course of our deliberations.

“We wish we had a crystal ball to know what will happen to alert levels from tomorrow night, but we don’t.”

Napier mayor Kirsten Wise said it was “really disappointing” for the city.

“I know the Art Deco Trust have really been grappling with this decision over the last couple of days, but fully support the decision they’ve made.”

The festival brings about 20,000 people to Napier. It has been held for about 20 years.

Ticket holders will be refunded and be contacted directly by the festival’s booking agents Ticketek or iTICKET.