Alert level 3 lockdown left Ōtāhuhu’s High Street completely dead in the middle of a trading day, other than the perpetual road works and the odd blast of hip hop from a passing car. 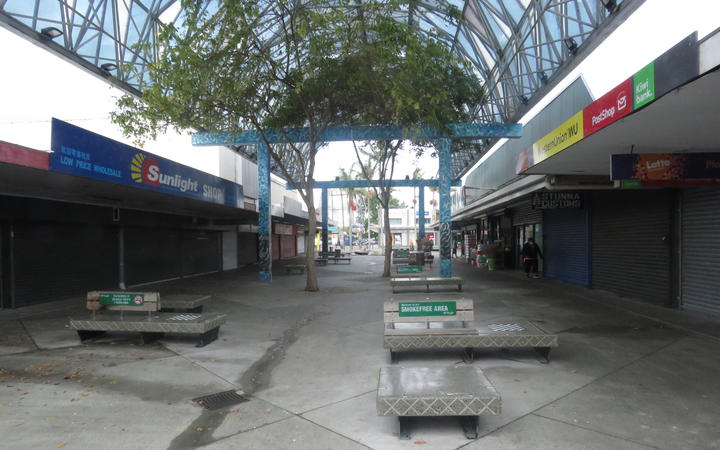 Shops shut in the middle of what would normally be a trading day in Ōtara Town Centre.
Photo: RNZ / Matthew Theunissen

A few stores continued making contactless sales from behind plexiglass screens on Monday but by Tuesday all but a handful did not bother.

Ash Prakash from the Big Apple has fresh produce to sell but there was no one around to buy it.

“If we don’t sell it we’ve got to throw it, so that’s money out of the pocket,” he said.

“It’s pretty dead – everyone’s sitting at home, no money around.”

For the second day in a row there were no new community cases of Covid-19 in the country yesterday despite a testing blitz which saw over 15,000 people swabbed in the previous 24 hours.

Today Auckland will find out if it can come out of the highly-restrictive level 3 lockdown which has seen businesses unable to operate and most school children stuck at home.

Authorities are yet to discover how the family of three became infected with the virus, and until that’s been established there remains a possibility that there are undetected cases of Covid-19 circulating in the community. 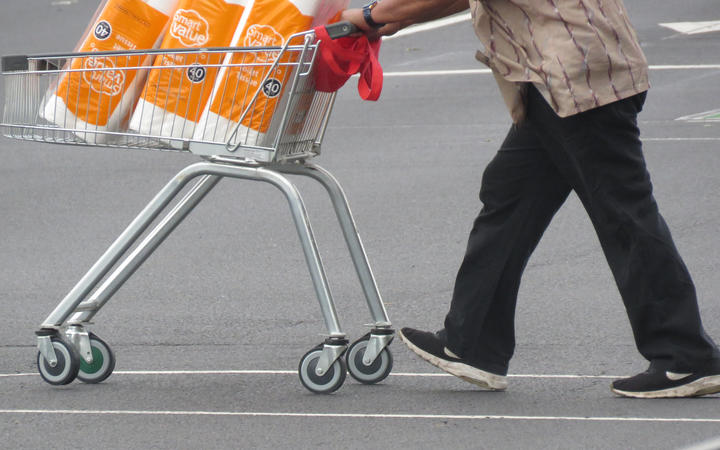 People stock up at the Countdown supermarket in Papatoetoe on day two of Auckland’s third lockdown.
Photo: RNZ / Matthew Theunissen

For residents in Papatoetoe, where the daughter from the infected family goes to school, a trip to the Countdown supermarket in Hunter’s Corner is about as exciting as it gets at the moment, but people are used to it now.

Elijah Ioane dropped in for a few supplies during his lunch break from his security job at the Ministry of Social Development centre down the road.

He said there was a big jump in people coming in for help each time there was a lockdown.

“I see our case managers that are working behind the scenes. I tell you now, they are full-on busy. It just goes to show how many people are out there that are really struggling.”

The Royal Green grocery store sits just a stone’s throw away from the Ōtara testing centre, where hundreds of people have queued to be tested since the outbreak was reported on Sunday.

Sohit Gagneja said this lockdown was going to be another big hit for the business, but hopefully, it would be short-lived.

“None of the stores are open so it’s pretty hard to deal with,” he said.

With sales way down on last week “it’s pretty hard to cope.”

First Up previously spoke with Nonu Tuisamoa from South Seas Healthcare about the huge numbers of people wanting to be tested at the Ōtara drive-through centre, where wait times reached six hours on Monday. 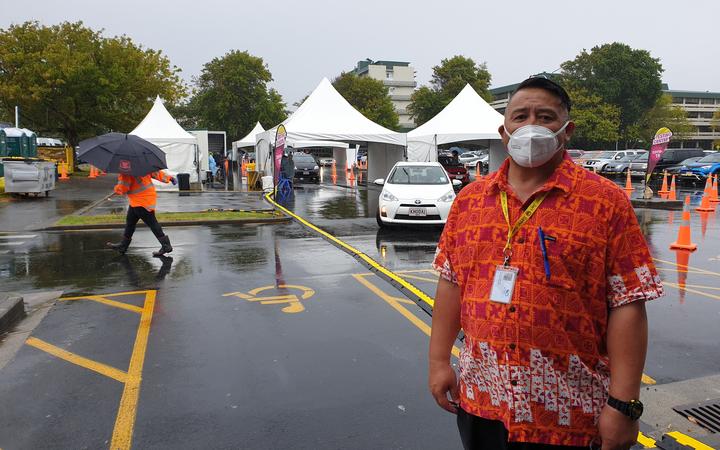 But by yesterday afternoon, the team had got that down to half an hour and the centre running like a well-oiled machine.

“There have been multiple sites that have opened to alleviate the waiting times so today’s a better day,” he said.

“Staff are really happy that the work that they’ve done over the day and a half has actually paid off and that the community has come out today, so yeah, it’s awesome.”

A steady stream of cars pulled up in front of the testing tents in the carpark yesterday, with most people just wanting the reassurance of a negative test even if they were not at one of the locations of interest.

Prime Minister Jacinda Ardern is expected to announce at 4.30pm whether Auckland will move out of alert level 3. If restrictions remain in place for seven days or more, businesses will be able to claim government support.