The first batch of Pfizer vaccines arrived in New Zealand on the first day of lockdown, the government is urged to increase its use of saliva testing, and thousands turned out to get tested. Here’s a recap of today’s Covid-19 developments in New Zealand. 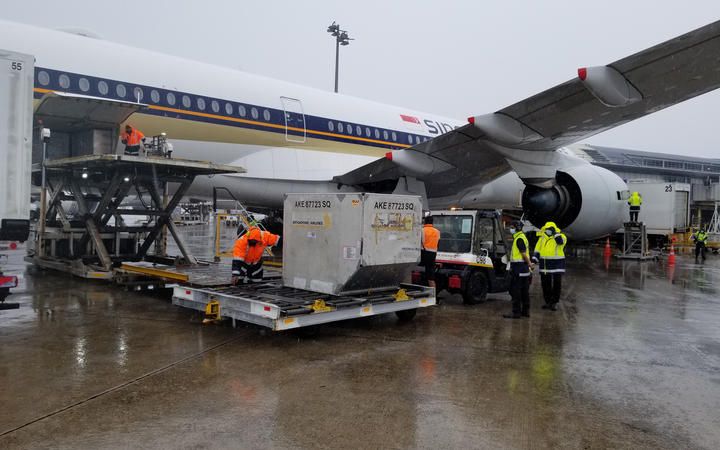 A police Covid-19 checkpoint, the tracer app in action, staff at the airport and people lining up for testing.
Photo: SUPPLIED

The change came after three new community cases were reported on Sunday. They are a mother, father and daughter who live in the South Auckland suburb of Papatoetoe.

The alert level changes are in place until midnight on Wednesday, with Cabinet reviewing the situation every 24 hours. Prime Minister Jacinda Ardern said today there would be no change to the current levels.

She announced this morning that genomic sequencing for two of the community cases showed they have the Covid-19 variant B1.1.7 first detected in the UK.

There is no direct link to any other positive cases in New Zealand, so ESR is looking at an international genome database to see if there is a match.

Investigations into how the trio contracted the virus are ongoing, but remain a puzzle at this stage. Director General of Health Dr Ashley Bloomfield said health officials were focusing on the mother, who works for laundry and catering company LSG Skychefs, which services planes at the airport, and the daughter, who attends Papatoetoe High School as being the first of the family to contract the virus.

As part of her work, the mother handles napkins from passengers on international flights. Otago University public health professor Nick Wilson has discounted the possibility of Covid-19 being contracted through laundry.

The most likely source was person to person, such as from an infected air crew member or transit passenger, or someone in an MIQ facility who had been somehow missed, he said.

Experts say the source of the infection may never be known.

Otago University epidemiologist professor David Skegg told Nine to Noon New Zealand was “dragging its feet” on saliva testing and was lagging behind Australia, where mandatory daily saliva testing for border and hotel workers had been rolled out. 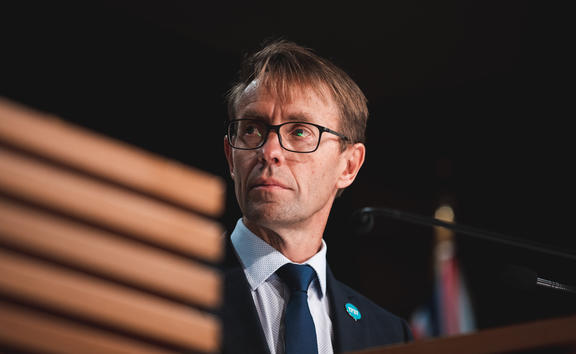 “We’re testing it at the moment,” he said.

“There seems to be an attempt here to build a case for our opposition to saliva testing – there isn’t one,” she said.

“But there’s of course a view we need to make sure we integrate it, that we’ve got the right capacity to do it safely and we’re not compromising other parts of the system, and I think that’s all fair.”

The first batch of Pfizer vaccines – 60,000 doses – arrived in the country this morning. Following safety checks, it was expected border workers will start to be vaccinated from Saturday, Ardern said.

The Ministry of Health said it was expecting to receive about 225,000 vaccine courses by the end of March. Ardern said enough vaccines had been purchased for everyone in New Zealand. It’s expected the public will start to be vaccinated around the middle of the year.

A big step forward for #NZ this morning with the arrival of the first shipment of #COVID19vaccine. Our border workers are the first group to have the opportunity for vaccination, starting this Saturday. pic.twitter.com/DQ4MtTbyB3

“When we say the vaccine is available for everyone, we mean everyone… as long as you are here with your feet on this soil we want you to be vaccinated and you will be able to be vaccinated for free, with no questions,” Ardern said.

New Zealand could get to a level where there was enough herd immunity, even if some people refused to be vaccinated, she said.

Almost 4000 people have been swabbed for Covid over the last two days in Auckland.

They included many Papatoetoe High School students and staff. One of the new community cases is a year 9 student at the school. 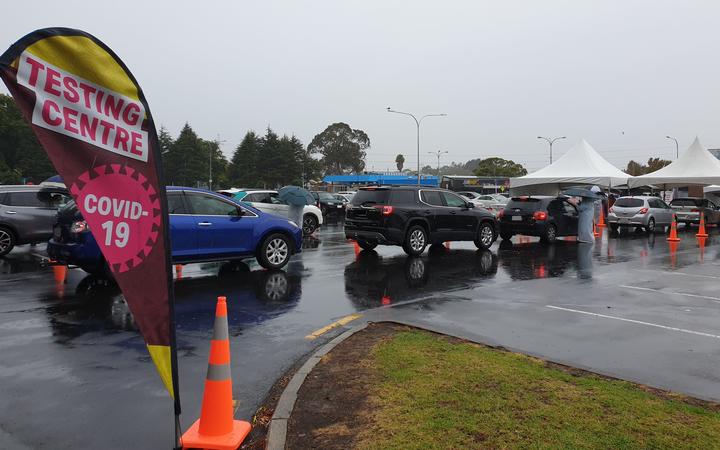 Cars line up for people to get tested at a facility in Ōtara, South Auckland
Photo: RNZ / Rowan Quinn

Seven of nine co-workers of the mother returned negative test results. There are 42 close contacts outside of the household, including the daughter’s classmates and teachers. The mother, father and daughter have been moved to quarantine, while another household contact who has tested negative remains in isolation at home.

There were no new community cases reported in New Zealand today, but there were five in managed isolation.

Covid-19 data modelling expert Shaun Hendy said people should be prepared for a lockdown of several weeks if a large cluster like the August one eventuated.

Police said they were moving three checkpoints north of Auckland back to where the legal boundary sits – the sites used during the last lockdown.

While the health order to implement the alert level changes showed maps with Mangawhai Heads outside of the Auckland area, police checkpoints had been set up to encompass the town within the Auckland zone, creating confusion for local residents.

Ardern said the checkpoints would from now be stationed at the legal boundary of Auckland.

The error was down to “miscommunication”, it was not her place to apportion blame, and was not the police’s fault, she said.

National is calling for all people in contact with airline travel, no matter the extent, to be included in the testing regime. 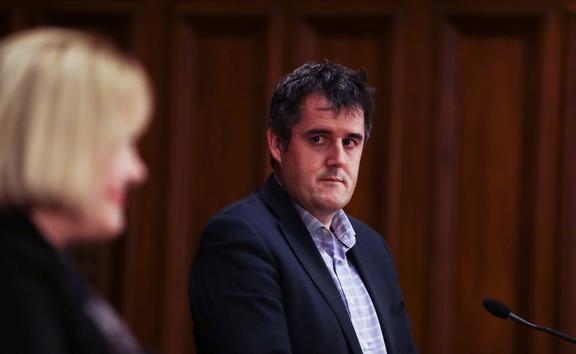 The woman who works for LSG Skychefs and tested positive for the virus was tested every two weeks as part of her work’s health regime.

National’s Covid-19 Response spokesperson Chris Bishop said: “There seems to be a question whether the person at the centre of this outbreak should have been tested or not. The suggestion last night was they should have been, then it has been clarified that they were outside of the scope of the order today.

“Our strong recommendation is that that order… be widened so that everyone, no matter if they have contact with international airlines or international travel, anyone working in and around the border, no matter which part of the company, they are tested.

National also called for stricter monitoring and auditing of companies and government agencies working at the border.