A managed isolation cleaner says she’s afraid to join the gym, limits her trips to the supermarket and worries all the time about passing Covid-19 onto others. 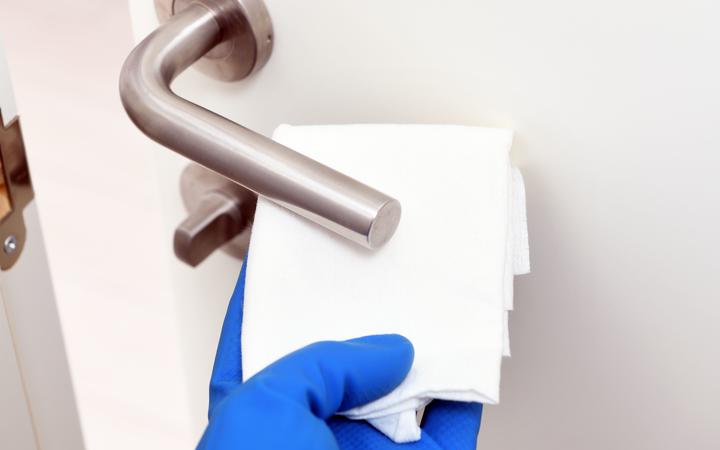 MIQ cleaners are treated “like any old workers” despite their stringent daily practices that are protecting the country, their union says.
Photo: 123RF

She and her colleagues are the forgotten border workers – overlooked and underpaid for the work they are doing to keep the country safe from Covid-19, she said.

Her job had changed massively since Covid-19 but her pay had not changed at all.

And unlike the job before her hotel took on managed isolation, the stresses followed her home.

She has two showers a day and washes her uniform every night – to avoid it sitting around in the washing basket. She keeps two weeks of food in the house in case she ever has to self isolate.

“It has had an impact on my whole life, it’s changed my routines and the way I go about things and how I interact with people. I want to start going to the gym but I’m really afraid of bringing the virus outside of the gym and into the community,” she said.

At work, there were rigorous PPE and hygiene requirements and she was paranoid about cleaning well enough to keep the next guests safe, she said.

If a guest tested positive, cleaners had to stay in the room until every surface was cleaned, often missing breaks, she said.

But despite the risk and stress she still earned the same as before, just over $19 an hour, a fraction over the minimum wage.

Unite union’s national hotel organiser Shanna Reeder said some managed isolation hotels had paid their workers more since Covid-19 but they were in the minority.

Cleaners were starting to get fatigued after nearly a year of the coronavirus and were at the bottom of the heap when it comes to recognition for the risky work they do, she said,

“These people are on the front line. They’re actually the ones that are protecting everyone, the whole country, from catching Covid by their really intense, stringent daily practices, and they’re just treated like any old other worker. It’s just not fair,” she said.

Many nurses had extra payments for working in managed isolation and the security guards at the woman’s hotel were paid a living wage.

The government should be leaning on the hotels to make them pay cleaners more, Reeder said.

“They have made a couple of comments here and there but that doesn’t put dinner on the table does it?” she said.

The cleaner worried that if the hotel did not renew its MIQ contract she would lose her job – and she was proud of the work she and her colleagues were doing.

But they were often forgotten for their work role in keeping the “invisible enemy out”, she said.

In a statement, the Ministry of Business Employment and Innovation, which oversees managed isolation, said it was incredibly thankful for all those who worked at the border, including hotel cleaners.

It regularly talked to managed isolation facilities about paying a living wage to their employees wherever possible, a spokesperson said.

As the result, a least two hotels providers either had, or intended to, pay all workers a living wage, the spokesperson said.