Home  ⁄  Article  ⁄  No training or support for those making critical decisions – ex-MIQ worker
Feb 9, 2021 Posted by nzuser In Article Comments 0

One of the main managed isolation administration teams has been described as a “shambles” by a former employee who came from a temp agency and claims she had minimal training. 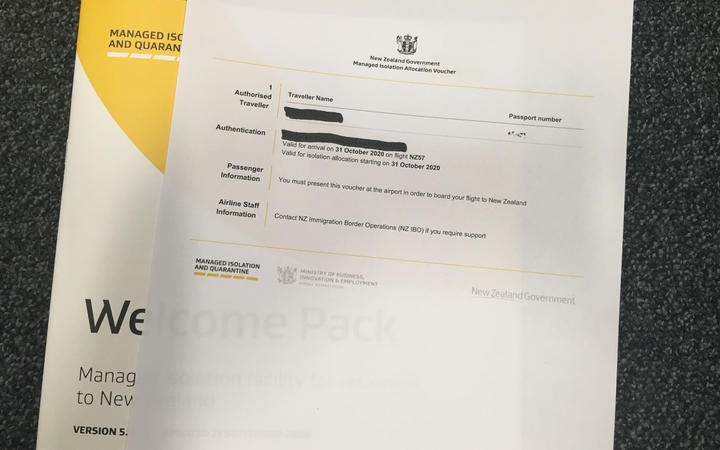 Decisions about who can skip the queue for managed isolation, complete it at home or have their fees waived are made by 35 full-time allocations, fees and waivers officers employed by the Ministry of Business, Innovation and Employment.

The former worker told RNZ it was such a poorly organised and “toxic” work environment that a whole tranche of emergency allocation applications was accidentally left unanswered for weeks.

She was among two to be dismissed, while two others walked off the job because the subject matter was “too distressing”.

No temporary staff remain on the team, and the ministry says it is confident improvements have been made.

Speaking on the condition her name has been changed, Carol* said she started there in a ‘triage’ role in November and was quickly put to work dealing with emotional pleas from desperate returnees.

She said she and about 10 other temp staff had “almost zero” training and very little ongoing support, with one leaving after just two days.

“The trouble was, everybody was asking questions of other team-mates, because there was no one to ask. That was very distressing,” she said.

“I was doing my work badly because I was being distracted by people behind me asking questions. I’d always say: ‘I don’t know, I don’t know’ … it was stressful ’cause you could sit there for an hour at a time and have no one help you.”

Before being fired in December, Carol dealt with people trying to get home quickly, or to leave managed isolation early, to be with dying family members.

Some people ran into problems getting a letter from a medical professional specifying the life expectancy of their loved ones, which Carol believed was an unreasonable requirement.

“The palliative care team can’t do that. They can’t say in two weeks’ time this person’s going to drop dead. So that was really stupid… and then people started sending pictures of their dying relatives, which wasn’t pleasant,” she said.

Brisbane man Eugene Paul recently had to go through that process, in an attempt to leave the Sebel managed isolation hotel in Auckland for one hour to see his father, before he died last week.

He was unsuccessful, despite support from the hospital and staff at the facility where he was staying.

Paul said the back and forth he had with the applications team was slow and frustrating, and he was held up further due to the doctor’s letter being misread.

“The replies just took so long to come through. In most cases that would be fine but in my case my dad literally had hours, days, to live. At that stage it wasn’t known that he had less than a week,” he said.

“To explain your case via email when you’re already stressed out, financially wrecked, you’re in quarantine, it’s very hard.”

Carol said that was likely because of a mistake which saw staff dealing with applications closer to the top of their email inbox sent more recently.

“No one was looking at the first applications. For weeks and weeks, they didn’t get an answer because no one had looked at it,” she said.

Carol said she was yet to understand what she got wrong leading up to her dismissal in December.

In a response, MBIE’s deputy chief executive for managed isolation and quarantine Megan Main told Morning Report there had been “pressure for staff”, and delays for people contacting the team, as low numbers of applications surged to about 400 almost overnight last year, and the workforce was stood up “at speed”.

“We are still building this plane while we’re flying it … it’s one of the hardest jobs in managed isolation and I would like to recognise the work that team does.”

She said it was due to that early demand that temporary staff were brought on – with three since deciding to apply for other roles with MIQ.

“That tells me that the work environment was positive and in fact, most found the environment of managed isolation to be somewhere they were proud to work,” she said.

She said there was support and advice for staff, including “on the job” training and induction on their first day, regular training sessions, and one-on-one times to raise any concerns, and discuss their progress.

“But this is also a job where you learn by doing, so we had them processing applications after they started,” she said.

She said the turnaround time for applications was now the same or next day, provided the ministry received all the documents it needed.

Carol hoped better leaders were now in place, with staff given all the support and training they required.

“Someone who has been in front of a team before, or has the time and expertise to train people. There’s no point employing 10 people and having no one to train them,” she said.

– RNZ has agreed to use the name Carol* for a woman who was only willing to speak about her experience working on managed isolation requests if she remained anonymous.