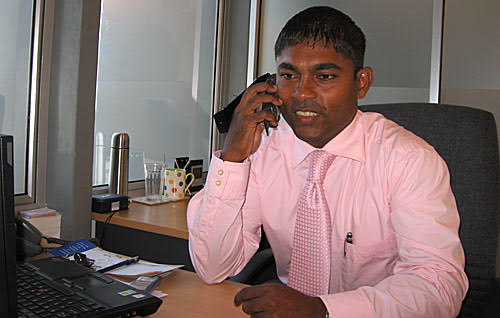 Romesh Kaluwitharana, or ‘Kalu’ as he was known, is most well remembered for the revolution he brought about to opening the batting in the limited overs format. Along with Sanath Jayasuriya, he transformed the role of an opening batsman to an all-attacking aggressor. His major weakness of playing one shot too many in the middle-order turned into a massive advantage after his promotion to the top. This pint sized dynamo was unafraid to take on the fast bowlers in the initial overs and gave Sri Lanka the momentum early on in the innings on a consistent basis. The template emulated by most teams over the world now of having a keeper opening the attack and going hard after the new ball have him to thank.

Kalu burst onto the international scene in style, stroking his way to a 26-boundaries studded century on debut against the Aussies. This was back in the 1992-93 season. But it wasn’t until the 1996 World Cup that he found his footing. Playing a key role in taking his team off to fliers, he was a vital cog in the wheel that avalanched its way to lift the coveted trophy. Add to that his unorthodox technique behind the stumps – one that had the onlookers hooked on and helped him effect stumpings much faster. In Sri Lanka’s journey to becoming the force they are today, he played a key role.

The thrill of watching Kalu go about his business on the field however wasn’t enough to get him to hold on to his job once Kumar Sangakkara came up the ranks. An average in the mid-20s in either format certainly did not help his cause too. Despite hovering around the side with sporadic appearances, the dip his performances with the bat saw post the turn of the decade never really went up.

After his retirement in 2004, Kalu has kept himself busy with his charity and tourism promotion programmes across the island nation. A coaching assignment came along in 2008 when he took over as the interim coach of Malaysia for a brief period.