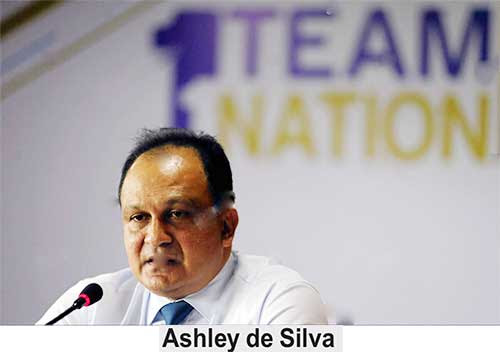 Channa Wijemanne and Supun Weerasinghe are two busy CEOs  of reputed private sector companies . The former responds to emailed queries within a day while the latter does it within a few hours. How long do you think the CEO of Sri Lanka Cricket takes to respond to emails? Six days!

Ashley de Silva is one of the nicest blokes that you will ever come across, but being a top CEO requires more than being a nice guy.  He needs to be a visionary, efficient, bold, innovative and at times capable of taking  unpopular decisions. Cricket’s CEO has done none of those in recent times.

Heads rolled after the painful series defeat to England. Ashantha de Mel stepped down as Chairman of Selectors and 24 hours later Sri Lanka Cricket sacked the physiotherapist and a trainer. But those in cricket circles believe that we were merely changing pillows to cure headaches.

During our steady decline in cricket in the last six years, we have sacked captains, coaches, players and selectors. To what extent has the CEO been held accountable for his role in all of this ?

Ashley became CEO of SLC in April 2013, technically on 1st April! Eight years on the job we have made little progress. Our current ICC rankings make sorry reading and there’s little effort being made to address the decline.

There are all sorts of controversies in the sport. Discipline among Sri Lanka’s cricketers has hit new lows. Two players are slinging mud at each other using social media. There’s been a breach of their contractual obligations but the CEO has failed to put them in their places.

Kusal Mendis’ hit and run a few months ago should have earned him an immediate suspension. He and his notorious agent not only buried all evidence but failed to honour their word of building a house for the family of the deceased. The CEO turned a blind eye claiming it was a personal matter. Mendis can’t buy a run since knocking down and killing the poor cyclist who was riding to work. Karmic forces maybe at work.

Suranga Lakmal should have been sent home on the day he was caught on camera playing cards during the first Test in Galle but nothing was done. Instead a few rookies were told to pack their bags several days later. The whole nation was condemning the actions of some of our senior players and the only organization that didn’t see anything wrong with it is the one that employs them.

Some may ask why we are singling out the CEO when the whole board is responsible for the current mess. CEO’s job is not only making major corporate decisions but managing the overall operations as well. He is the public face of the company.  Plus no board official has lasted as long as this CEO. The image of Sri Lanka Cricket has suffered irreparable damage in many areas in the last few years and Ashley has yet to be taken to task for any of them.

Under his charge, SLC saw its biggest financial fraud; an insider instructing television partner Sony pictures to transfer a sum of US$ 187,000 (approximately Rs. 35 million) to an off-shore account in Mexico.

On field, the national cricket team suffered back to back series defeats at the hands of South Africa and England and the fact that the team was not adequately equipped to face the challenges was quite evident.

The gap between the LPL final in Hambantota and the Boxing Day Test at Centurion was ten days. That was hardly the preparation one needed for a tour of South Africa. Quarantine regulations meant that the players had only a couple of days to train and Consequently went into the opening Test match without even a warm-up game.

Majority of decision makers at SLC including the President were against going on the tour. The tour went ahead on the insistence of Ashley. The players made a mockery of the Test match with half of the team picking up injuries during the game. Clearly, they were not ready for Test match cricket. What was the mighty hurry in going to South Africa? England had just abandoned their tour to South Africa due to a serious second wave caused by a new variant of the virus. Australia did the same earlier this week. Why did Sri Lanka have to take that huge risk?

Centurion and Wanderers are the two paciest pitches in South Africa. Maybe in the whole world now that WACA is gone. If the hosts were so desperate to stage the Boxing Day Test and New Year Test to prevent loss of television revenue, SLC should have negotiated to play at a venue favourable for them.  Ideally play both Tests at Port Elizabeth. Most readers would agree with us.  But not our CEO.

It’s a little known fact that the Sri Lankan team flew home from Johannesburg on a chartered flight. It cost the board an arm and a leg – something in the range of Rs. 50 million. Was this colossal expenditure justified at a time when the country itself is grappling with serious financial issues ?

With that 50 million SLC could have easily conducted two ‘A’ team tours. But ‘A’ team cricket is something that Ashley is allergic to. In a country where First Class cricket is so diluted, a responsible CEO would have seen value in ‘A’ team cricket and the exposure the younger emerging talent should have. Instead SLC under Ashley’s stewardship have virtually swept ‘A’ team cricket out of the system because it costs too much money.

We are at the very lowest ever in our Test, ODI and  T20 rankings, sixth, eighth and seventh respectively.