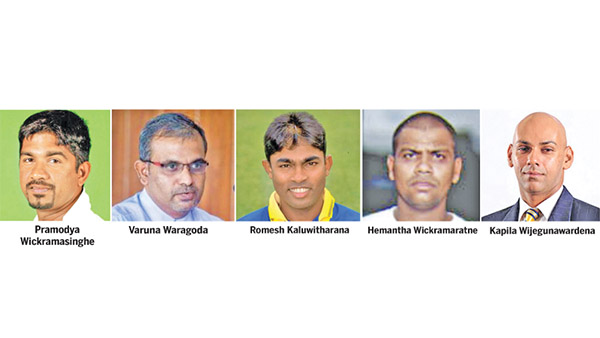 Pramodya was a member of the World Cup winning Sri Lankan team of 1996 led by skipper Arjuna Ranatunga, which beat Austrailia in the final by seven wickets at Lahore, Pakistan. Pramodya – an old boy of Rahula College Matara, first came to the limelight playing for the Sri Lanka national team against Pakistan in 1991 while playing club cricket for Matara SC. He later moved to SSC for better prospects.

Left hander Hemantha Wickramaratne who played for Ananda College in 1989 and 1990 later turned out for SSC and also had represented the country in one dayers against South Africa and earlier served as a National selector.

The names will be considered by the National Sports Selection Committee and National Sports Council and they will select three including Wickramasinghe as chairman out of the above five names, and will send to Sports Ministry for approval for the new three-member cricket selection panel.

The new selection committee will have the daunting task of restoring Sri Lanka’s cricketing image as a leading Test playing nation against West Indies, after the humiliating back to back cricket series losses to South Africa and England.