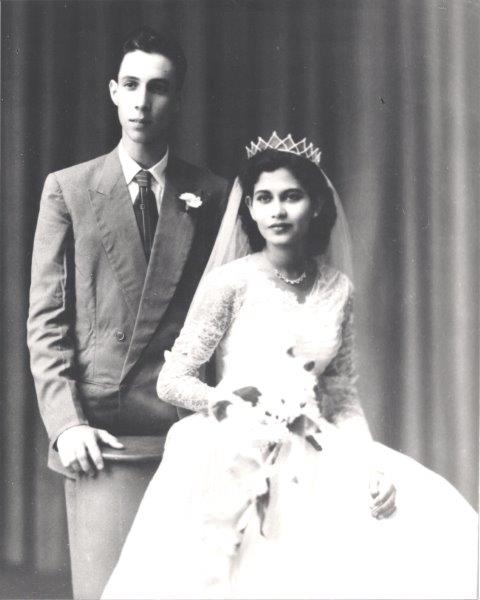 It was on the fourth day of February,1956, approximately eight years after Ceylon gained her own independence from Britain, that this writer lost his own independence, no easy task, as I remember, getting there.

I was this “Bambalapitiya boy”, who had the audacity to go chasing a beautiful “Dehiwala girl” even though there were so many beautiful girls from

my own area, thus causing some friction, to the extent where quite a few “Dehiwala boys” wanted to give me an unmerciful hiding, then throw me out of THEIR area. Did this worry me ??!!,

Of course, it did !, but I still wanted to keep seeing this girl, preferably in one piece, so I then decided to go see a good friend who lived in Waidya Road, not far from where I was very steadily visiting my girlfriend at the time. She did not know it but she was already causing me serious problems, and so, because I did not want to be beaten up, I spoke to Kalu-Abey, the fearsome top “Chandiya” and Martial-Arts expert, who then really proved his friendship, especially after he publicly warned that anybody who even touched me (in anger), would have to answer to him.

Of course, I thanked him profusely and promised him that we would not buy our bread from anywhere else, other than a small bakery in Dehiwala that he was connected with. Sometimes, this is the price you have to pay to avoid being beaten up. Anyway, no-one even came close enough to lay a hand on me, after that.

What has all this got to do with the subject of subjugation ?, well, let me explain. I married this Dehiwala girl

on Ceylon Independence day,1956. Her name was Cynthia, who has now passed on, so may her soul rest in peace. We left Ceylon to migrate to Australia in 1962, and although we parted company in 2004, she did give me the wonderful gifts of two sons, born in Ceylon, then, a daughter and our final son, who are dinkum Aussies.

This, being the case, I can never ever forget the 4th of February, and what should have been OUR 65th Wedding Anniversary, even as I write this story.