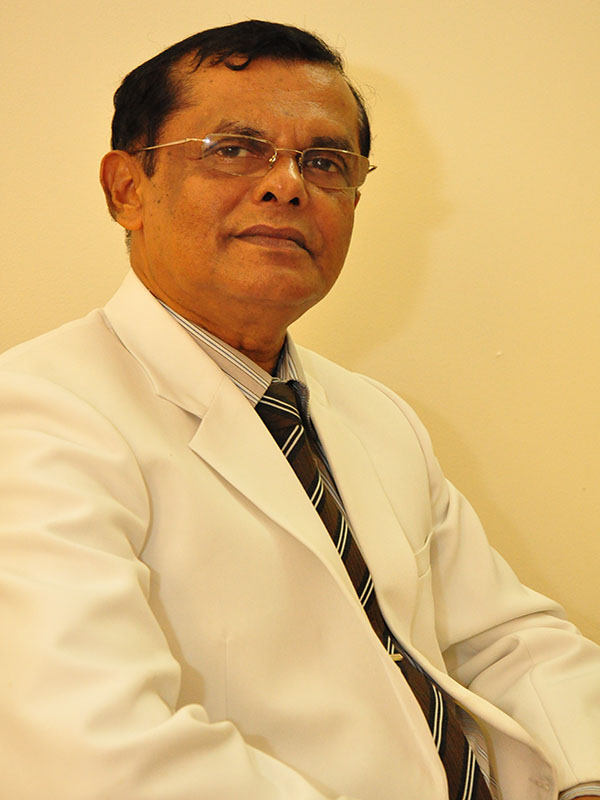 Among rugged mountain cliffs of Arabia spreads the beautiful land of Oman with a thousand miles of sandy beaches, arguably the most peaceful and most peace loving country in the world, so no wonder my home away from home for almost four decades.

I wouldn’t have settled down, raised a family of three children and educated them up to university entrance in an alien land if not for the presence of a school of academic excellence which is the Sri Lankan School Muscat (SLSM). If our school was the crown, for us the jewel on the crown among many precious stones in the form of dedicated teachers and able principals was none other than the eminent educationalist Mr. Somabandu Kodikara who has just completed an amazing 50 golden years of service in the field of education.

My first memory of Mr. Kodikara in the early nineteen seventies at Ananda College, Colombo is that of a tall and handsome teacher clad in white briskly moving among a sea of children towards the building where A/L Maths classes were held. Then I had no idea I was witnessing the formation of a great personality swiftly moving towards that greatness true to the motto of my Alma Mater ‘Appamado Amathpadam”.

Even with his considerable Administrative service, managerial and teaching experiences in Sri Lanka and Africa, beginning his first spell at the SLSM in 1996 was a tough challenge as this was a bustling community international school with its own peculiar challenges. In a cultural viewpoint it was interesting that there were students of eighteen nationalities with only a small majority being Sri Lankan. There were active politics as the governing Board of Directors was appointed by a voting process of the parenting community who took pride of being the ‘owners’ of the school. Furthermore, unlike in Sri Lanka there were elected parent committees scrutinizing, making suggestions and expecting quick results and many parents in typical Sri Lankan fashion, reviewing and criticizing every aspect of the school system including educational, co-curricular and social at classroom teaching level to school administration and the Board of Directors. Only a Principal of the highest caliber, integrity and physical and emotional endurance could withstand such continued pressure from multiple sources and thrive in such an environment to which Mr. Somabandu Kodikara ably fitted in. Having a cheerful and supportive life partner in his beloved wife Mrs. Nalini Kodikara must surely have helped in this process.

The exceptional caliber of this eminent educationalist soon became visible as Mr. Kodikara raised the standards of the teaching learning process to new heights. Toughened with the characters of a benevolent dictator, he displayed a genuine love radiating loving kindness to all students. During this tenure of Mr. Kodikara SLSM proudly moved to a purpose built brand new building and every school day morning the unmistakable sight in front of the new school premises was the Principal standing in front of the entrance and greeting almost every child by name as they arrived, his stern, yet compassionate gaze not missing any individual child who is not in his best spirits. It was mandatory that every child must enter into the school premises smiling!

Having established tough discipline and having continuously improved high academic, administrative and sporting standards and policies Mr. Kodikara left the SLSM in 2001 after six years, accepting the a post at Gateway College in Colombo, becoming its renowned and beloved Principal for an entire decade. However, Oman could never forget the man who brought our school to the academic heights with excellent results at UK EDEXCEL exams year after year. Accordingly, it was no surprise that I witnessed Mr. Kodikara back in his familiar self at the Sri Lankan School in Oman. Having achieved the status of an Edexcel Examination Centre for Oman, the school was also fortunate to celebrate its Silver Jubilee during his tenure.

It was during this period that I found the poet, the drama artist and the lover of semi classical music in him. Taking a late evening recess from his extremely busy schedule, he sometimes managed to join with a few of us with his Music Box ‘Shruthi Pettiya’ (which is a kind of wooden mini harmonium without keys) for a session of singing never complete without reciting some parts of the renowned drama ‘Maname’ from his Peradeniya days of association with theatre.  He would be the Prince and I would be the Veddah King in the dialogue. On every occasion, the dialog abruptly stopped when he quipped  ‘Vahasibas Nododawa Vanacharaya….’ (Stop bragging you uncivilized rascal!) in such dramatic fashion that made me speechless due to the shocking power of those vocals and my inability to digest such words from my respected and revered teacher forgetting that we were in a drama! These evenings though few in number, nevertheless made lasting impressions of a great cultured personality with varied artistic skills in music and poetry, often enriched by words of wisdom derived from widely differing sources such as international sports and Zen Buddhism.  Speaking in parental forums and on educational reforms, his depth of knowledge in educational methodologies based on latest educational research often surprised the audiences and at the same time kept some unruly elements at bay as they could not even comprehend the topics let alone raise arguments against their validity!

Well, all good things must come to an end leaving only the precious memories! Culmination of those years and rare musical evenings was his parting gift of friendship to me in the form of his personal “Shruthi Pettiya” which he affectionately presented to me the day he left Oman for good in 2016. Looking for my musical instruments and lyrics when planning a home musical evening, I often come in contact with the Music Box that brings fond memories of this great personality of varying facets as educationalist, philosopher, dramatist & singer and poet, above all a man of integrity and a trustworthy friend.

Mrs. Nalini Kodikara was his pillar of strength, herself a late blooming renowned artiste who delighted and surprised us with her amazingly beautiful “Coffee Art” paintings having deeply religious overtones that continue to adore our homes. Well, that is another interesting story to be told on yet another day…

In my eyes, this tribute is just a drop in an ocean of praise for the great educationalist Somabandu Kodikara who turned the 50th precious page of excellence in his exemplary educational carrier selflessly dedicated to uncompromising quality in education as well as in everything he was a part of. On behalf of countless students who passed through the corridors of the Sri Lankan School Muscat over decades and the ever grateful parental community of Oman, it is my pleasure to congratulate Mr. Somabandu Kodikara on five decades of excellence and to wish him many more years of healthy, intellectual life leading to ultimate inner peace and happiness achievable through the Noble Eightfold Path.