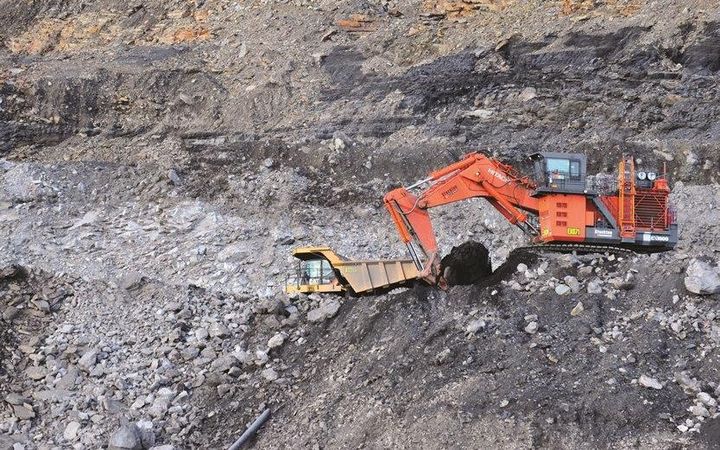 The Stockton coal mine on the West Coast of the South Island.
Photo: Supplied

Straterra, the industry body representing the country’s mineral companies, said the report highlighted the many challenges people would encounter in the name of reducing carbon emissions.

But it said there was a lot in the report that it did not agree with.

“The report optimistically talks about replacing coal with biomass and electricity, but the challenges associated with this are substantial. For example, the area of land required for biomass cultivation would run into the millions of hectares,” Staterra chief executive Chris Baker said.

He said the cost of electricity for businesses transitioning away from coal had to be attractive and there was no guarantee that this would be the case in the future.

“The key point to be made is that the government’s emission reduction policies must not reduce the international competitiveness of the tradable sector as this will simply shift production and emissions offshore with no benefit to New Zealand nor to the global climate.”

However, there were parts of the report that the sector did support.

Baker said the sector was pleased the commission had acknowledged the role minerals would play in the development of green technology, such as electric batteries, and that it was not advocating for total renewable electricity generation.

“There seems to be a growing recognition that this target would be counterproductive to reducing emissions overall.”

Meanwhile, the ASB bank is among those businesses welcoming the report.

It said banks would play an important role in supporting the changes called for the in the commission’s draft advice, which is why it would access the Reserve Bank’s Funding for Lending programme to offer discounted credit to customers who were reducing their emissions.

“We will also target projects that support both regional growth and positive climate outcomes.”

The bank also hinted that it may roll out discounted lending to help households slash their emissions and incentivise the construction of new energy efficient homes.