The EU ambassador to New Zealand says the bloc’s export controls on Covid-19 vaccines are not ‘vaccine nationalism’ but intended to ensure manufacturers honour contracts. 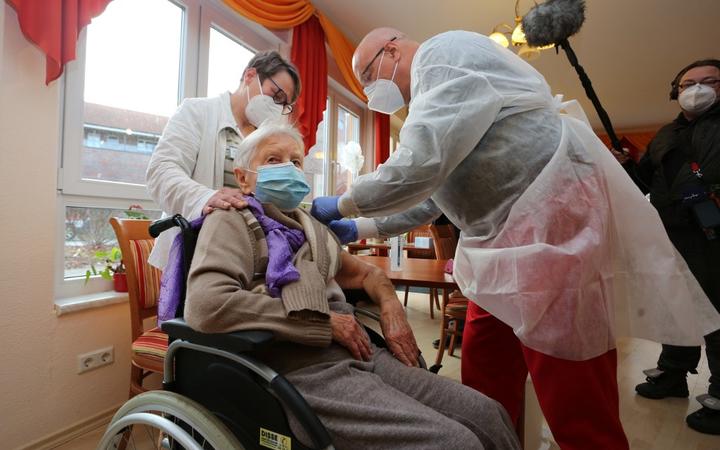 A woman in an aged care facility in Germany receives the Pfizer-BioNTech vaccine in December 2020.
Photo: AFP

“The European Union hasn’t been delivered the vaccines it was promised – that has led to vaccinations being cancelled people being sent away and that in a situation where there’s thousands of people dying each day in Europe,” ambassador Nina Obermaier told Morning Report.

“I do not think it is fair to describe what we are doing as vaccine nationalism.”

The European Union is introducing the controls on coronavirus vaccines made in the bloc, amid a row about delivery shortfalls.

The so-called transparency mechanism gives EU countries powers to deny authorisation for vaccine exports if the company making them has not honoured existing contracts with the EU.

The controls will affect some 100 countries worldwide – including the UK, the US, Canada and Australia – but many others, including poorer nations, are exempt.

Asked for an assurance that New Zealand would not face delays because of the EU’s stance Obermaier said: “We will endeavour to ensure that just as our contractual obligations, also New Zealand’s contracts, will be honoured. That is the objective of the measure we’ve taken.”

“It’s important to explain how desperate the situation is at the moment in the EU and that the speed and the mistake in relation to Northern Ireland is the result is the very dire situation we’re finding ourselves in.”

The EU has been forced to backtrack on plans to impose restrictions on the export of vaccines across the border on the island of Ireland after outcry from Dublin and London.

“I very much understand and acknowledge that that New Zealanders are concerned that this may lead to a delay in vaccine delivery for New Zealand,” Obermaier said.

“This is not our intention though.

“What we are trying to do is make sure that the advance purchase agreement that we have concluded but also other countries have [concluded] such as New Zealand, are honoured.”

Obermaier said the EU’s export measures mean manufacturers would have to seek authorisation before being able to export vaccines or active ingredients from the EU.

“That’s all we’re doing now, we’re trying to get a picture to increase the transparency about vaccines that leave the EU.” 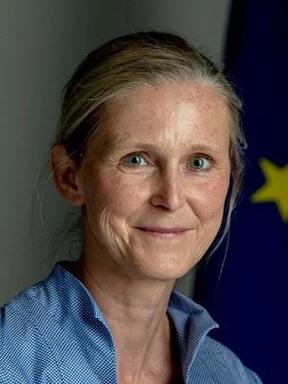 Obermaier said there was a very justified interest for New Zealand to get the vaccines it has ordered as quickly as possible.

“I heard the Prime Minister speak about the need to urgently vaccinate front-line health workers and I very much understand that because the border is the first line of defence here.

“We’ve called on vaccine manufacturers such as AstraZeneca to honour all the commitments they’ve entered into and what we’re seeing now is that vaccine production is coming on stream.

“We’ve just had an announcement from Pfizer earlier this morning that they will be able to deliver vaccines earlier than they originally said so I believe we are seeing an effect of the measures already.”

Pfizer-BioNTech and AstraZeneca announced last month that deliveries to the EU would be temporarily reduced due to production issues.

Pfizer has now said it is able deliver 75 million extra doses of its vaccine to the EU in the second quarter of the year, after production changes in Belgium were completed.

AstraZeneca has since raised its target of supplies to the EU to 40m doses from 31m until the end of March, after a large cut last week. Its original commitment was of at least 80 million doses.

AstraZeneca has blamed the delays on production glitches at plants in the Netherlands and Belgium, as well as the late signing of contracts.

The European Commission made public a confidential contract with AstraZeneca to bolster its argument that the firm has been failing to fulfil its promises to deliver to the bloc. The contract stipulates that the pharmaceutical company would commit its “best reasonable efforts” to manufacture and distribute doses.

Director General of Health Ashley Bloomfield said last month the country was still on-track to receive the Pfizer vaccine by the end of March despite rollout delays in the EU. He said no concerns had been raised with him about the production of AstraZeneca’s vaccine.

New Zealand also has agreements on vaccines from Novavax and Janssen.