People in Northland are divided on an iwi proposal to reinstate checkpoints in Northland in the light of a new community case of Covid-19. 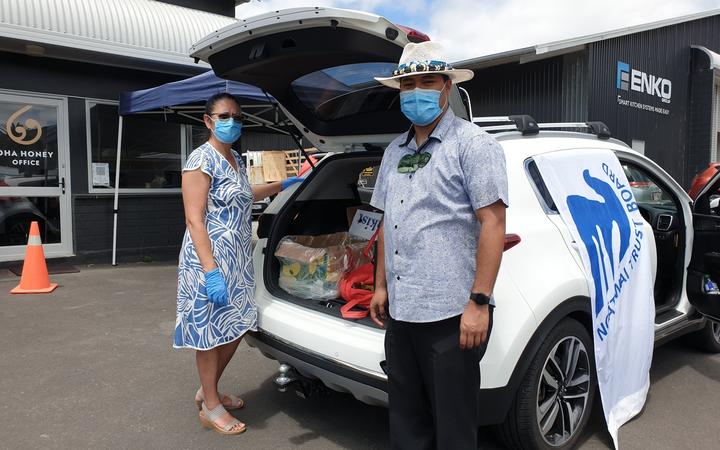 Tai Tokerau Border Control said they want to stop Covid-19 from moving around the region – or out into the rest of the country and protect vulnerable kaumātua and kuia in the area.

Its regional co-ordinator Reuben Taipari said the iwi had been working through the process with authorities and was aiming to set up the first checkpoint at Waiomio Thursday morning at 9am.

“The situation that we’re in this is of the highest priority. What we’re facing is this Covid strain from South Africa and all information is frustrating and that we’re already late.”

Taipari said it was important to do the same when the positive case was already in the Northland community.

“If it’s already in the community we wanted it to stay still, we wanted to lock it down and isolated here. We don’t want to have traffic coming up here, having it back here and spreading it everywhere else.” 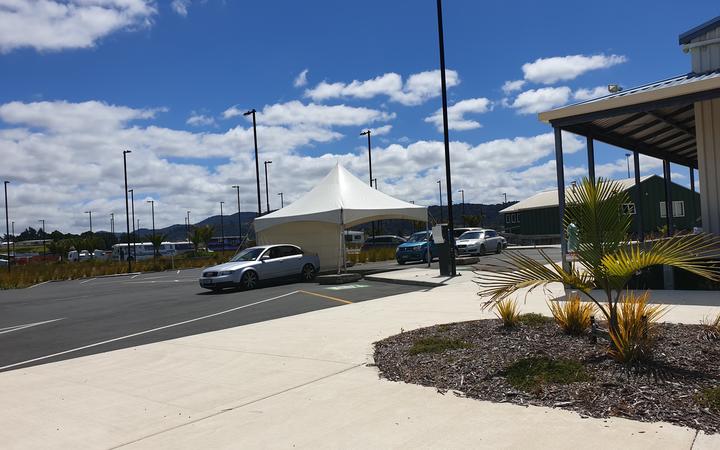 Another iwi, Ngātiwai, has been helping provide water and fruit to people waiting in the queue. A trustee, Rōpata Diamond, said his iwi had a different focus.

“Our approach has been a little bit different to that of the border control. Our’s is at the the same end of the spectrum – how do we support and help our people at this time?”

Tim Martin was tested at the station on Pohe Island Road in Parahaki, Whangārei. He said he was not surprised to hear about the checkpoint plan and would support it if that’s what the communities want.

“I think it’s good for all the people of Northland to think about where they’re at and how best to address it, and so all power to all the different groups looking at how they want to address it for their people.”

Another man also coming for a test, David Campbell, wasn’t so keen on the idea of checkpoints. He said it was better to keep Northland borders open for now.

“I don’t have any of the information, but as far as I’m aware it’s still very early stages and we don’t think there’s much going on at the moment, so it’s probably not needed.”

Emma Yorke at the same testing centre agreed it was too early to put controls on who could come in and out of the community.

“In the current state there is only one confirmed case, so I don’t believe it’s extremely necessary. However, that is a good thing to look into if it does progress further.”

Health officials say Covid-19 testing numbers in Northland had been unprecedented and record-breaking in New Zealand.

On Monday, 1776 community tests were carried out, which equalled almost 1 percent of the region’s population getting tested in a single day.

At the height of the August Auckland outbreak, the population of Auckland swabbed in a single day was just over 0.8 percent.

Two testing centres in Kamo and on Pohe Island Rd in Parahaki closed at 4pm on Tuesday as the queues tapered off in the early afternoon. The centres will reopen at 9am this morning.