Covid-19 jabs given to millions of people around the world will factor into the decision this week about whether Pfizer’s vaccine can be used here. 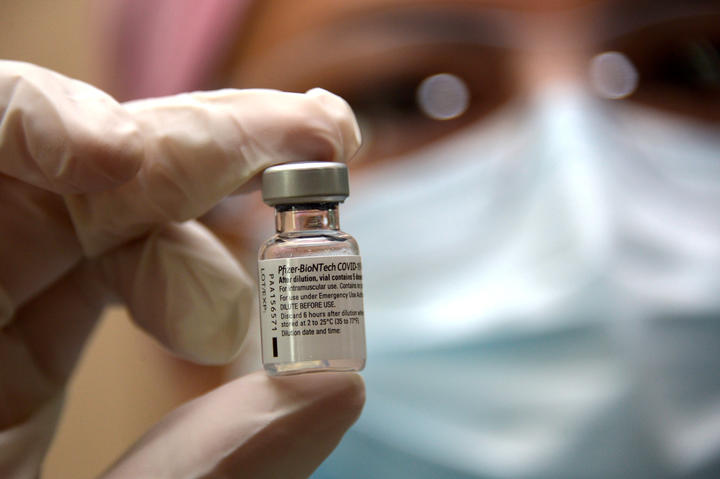 Medsafe’s Medicine Assessment Advisory Committee will meet tomorrow to decide whether to approve it.

It was using data from Pfizer’s clinical trials as well as from countries which had already been using the vaccine under emergency situations.

Medsafe group manager Chris James said they had been working with Australian and British regulators, as well as the US Food and Drug Administration and the European Medicines Agency.

“That data is really helpful and New Zealand is in a fortunate position that we’re able to learn a lot from countries that have been using the vaccine in their populations,” he said.

Australia approved the vaccine for use last week but Medsafe would be making its decision independently, looking at how it would work here, he said.

Pfizer had been submitting data to Medsafe for months, in a change to the usual process of handing it all over in one, final application.

That was to make the process quicker while ensuring it was still thorough, James said.

Data from the real world use of the vaccine had given them more information about the side effects, which ranged from a sore injection site to a rare allergic reaction, he said.

The committee’s main job was to consider whether the vaccine was safe and whether it was effective. It would fail to get approval if there was not enough data to prove either, he said.

It also had to be satisfied the vaccine could be manufactured consistently.

Vaccinologist Helen Petousis-Harris said if the vaccine was approved it would be a “monumental” milestone in New Zealand’s Covid-19 journey.

New Zealand and Australia were lucky to be able to weigh up the risks and benefits for a country that had very little Covid-19.

That meant there was likely to be a higher bar than for countries who had people very sick and dying from the disease and who may decide a higher element of risk was acceptable, she said.

She was very optimistic the vaccine would get approval based on the data she had seen from around the world.

If Medsafe approved the Pfizer product, then the final say would be with the government, with a ministerial group set to meet on Wednesday.