The National Iwi Chairs pandemic response group has called for the number of New Zealanders returning home to be restricted to 1500 a week, almost half the current number of returnees. 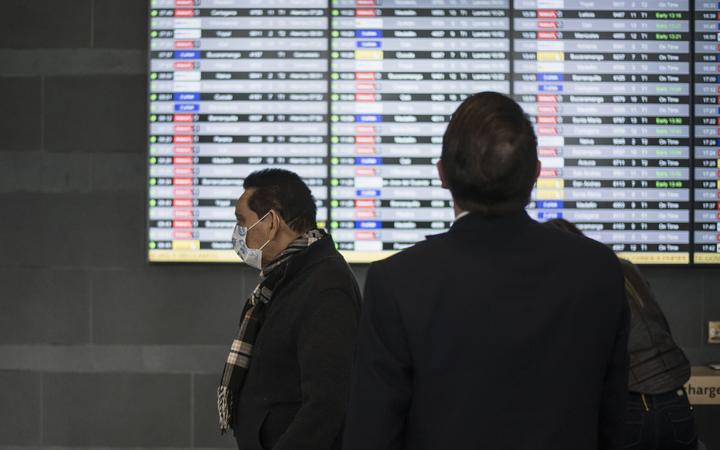 Dr Rawiri Taonui says it is no longer sustainable to allow the current number of arrivals into the country.
Photo: AFP

As of 8am, 27 January a total of 5483 New Zealanders were due to return home in the next two weeks.

National Iwi Pandemic Response Group principal adviser Dr Rawiri Taonui said it was no longer sustainable to allow this number of arrivals into the country.

“The important thing is that the Northland case and the two cases in Auckland, that’s the 11th outbreak in New Zealand and all our outbreaks have occured when the average number of returnees per week is over 2000, what that has caused is active cases in MIQ to be between 60 – 75,” Taonui said.

“That creates more pressure on the MIQ system and greater risk of transfer into the community.”

There had been no breaches when the average number of returnees has been 2000 or lower, and the National Iwi Pandemic Response Group chose a lower number to take account of the more infectious strains from the UK and South Africa.

The contrast between New Zealand and Queensland – which had similar populations – was stark, Dr Taonui said.

Queensland, which has restricted returnees to 500 a week, currently only has 16 active cases in managed isolation.

The Iwi Chairs pandemic response group was also critical of pre-departure testing introduced on 16 January, which it said wasn’t working as passengers weren’t providing proof of a negative test.

Seventy passengers had arrived in New Zealand from the United States and Britain without providing proof of a negative test, since it was first introduced on 16 January – and 17 had tested positive in MIQ.

“It’s been cosmetic and it’s not working and we need something stronger,” Dr Taonui said, and he wanted all arrivals to be tested immediately when they land here.