As you read this, thankfully, an ogre has been ushered out of the White House and the world heaves a sigh of relief – but it may be short-lived. It has been a season of conspiracy theories and one attracting much attention is QANON, a movement with a large following which broadcasts gibberish that Donald Trump is the leader of a war against Satan-worshipping elitist paedophiles in government, business and media hell bent on destroying the great republic. Sure they are loonies but polls indicate there are hundreds of thousands, if not millions, who believe such bizarre stories. Traffic on social media sites Facebook, Twitter and YouTube exploded since these movements surfaced in 2017. There are many nutty groups in America and conflict and commotion will be prolonged for long after noon last Wednesday when old Joe and pretty Kamala were sworn-in. Crushing these loonies is not a problem, inevitably it will happen, but the fear is that as we have often seen repression opens the door to unjust repression thereafter.

China says it is fighting “three evil forces” of separatism, terrorism, and extremism in Xinjiang Province, home to 11 million Muslim Uighurs. It says its “training measures” are necessary to combat these evils. Fiction in Chinese politics dates back to Mao Tse Tung’s later years when he lost his marbles, first the grossly idiotic Great Leap forward which pushed China ten years backward followed by the Cultural Revolution which brought the country to a state of collapse from which his successors were able to rescue China thanks to the by then drooling Mao’s demise. But the present fiction, this sinister fabrication to trample on the Muslims of Xinjiang belongs to today’s China! Conspiracy theory is the stuff of political power across the world and across time.

There is an intriguing fact-and-conspiracy-theory laced documentary that I would like you to watch. The video includes a futuristic section about a post-capitalist world heralded by technology to make work redundant and leisure abundant. Marx would have approved of the ramifications of this part of the video because it talks about how soaring technology creates a society of superabundance and plenty in which capitalism, the division of labour and exploitation become redundant.

“When the division of labour comes into being each man has a particular, exclusive sphere of activity, which is forced upon him and from which he cannot escape. He is a hunter, a fisherman, a herdsman, or a critical critic, and must remain so if he does not want to lose his means of livelihood; while in communist society, where nobody has one exclusive sphere of activity each can be accomplished in any branch while society regulates general production and thus makes it possible for me to do one thing today and another tomorrow, to hunt in the morning, fish in the afternoon, rear cattle in the evening, criticise after dinner, without ever needing to become hunter, fisherman, herdsman or critic.” (The German Ideology)

Other sections of the video are weird, alleging that global elites and corporations created and orchestrated the Covid pandemic in order to spread panic. Why? Maybe out of greed to enhance profit though this is not made explicit. The point about the video taken as a whole is that it is a mix of fantasy and fact. In a word, hair-raising conspiracy theories cleverly blending fact and fiction. Such theories abound. If you have 50 minute to relax, it will take you on a journey that is both surreal and stimulating; you won’t regret it as it is an “it is the best of times, it is the worst of times” experience.

Sri Lanka has no shortage of conspiracy theories, fantastic, surreal and some partly true. Space permits only one example. Sarath Weerasekara, Nandasena’s State Minister of Provincial Councils, rails as follows: “But after we killed Prabhakaran and defeated the LTTE, the most ruthless in the world, we allowed its proxy, the TNA to continue! Ironically, they are the ones who drafted the country’s constitution to devolve power to the North! It is like, after the Second World War, Churchill inviting the Nazis to come and decide about the foreign policy in UK!” (Sarath Weerasekera; SPUR Oct 2018 and Daily Mirror Online 22 Jan 2021). On July 19, 2018 Sri Lanka Mirror attributed to Weerasekara and Viyathmaga a demand for hanging Human Rights Commissioner Deepika Udugama, a charge that Jayatilleke de Silva repeated in the Daily News of 24 July. Weerasekara’s self-assigned mission as State Minister of PCs is to preside over the abolition of PCs, while government has decided to go ahead with PC elections later this year. Jathika Chinthanaya ideologue Gunadasa Amerasekara, that chap Weerawansa, odd-ball Gerry Peries and odder-ball Nalin de Silva, all identified with a Nandasena standpoint, together with an assortment of monks and prelates call for the abolition of PC. Having killed Prabhakaran the mistake the Sinhala State made, it seems, is not finishing off Sampanthan et al since the Tamils are plotting to destroy Sinhale. This lot inhabits an alternative hate universe in which a Tiger lurks behind ever palmyrah woven cadjan fence. Conspiracy theories galore. 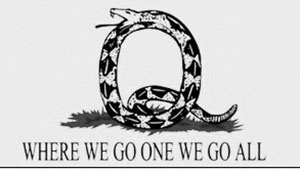 The threat to democracy is more serious in Lanka than the USA because an unhinged President was shooed off before you read these lines. In mother Lanka the conflict is sharpening right now and within the governing party; the knives are out and the draggers are drawn. Percy Mahendra and Cabinet it seems are going ahead with PC election later this year. Though Nanadasena Gotabaya has not made a pronouncement it is plain that there is tension between the Executive and the Government. This tacit power struggle is unlikely to come into the open but one side will certainly have to back-off; the other side will prevail. If the President is compelled to back-off and PC elections go ahead, it would signal unambiguously, that the source of power in Lanka is aiya not malli. It would be better for democracy and for ethnic relations at this time and on this issue if indeed aiya and his parliamentary backers prevail and demonstrate their supremacy over malli and his military cabal and the aforesaid more racist hangers on Weerasekara, G.H. Peries, Gunadasa, Nalin de S etc. In this instance if Mahendra prevails over Nandasena it will good. Political lies, like lies in everyday life breed on the experience that if told often enough the story teller begins to believe it himself, and then when fabrication becomes gospel-truth to the masses it perpetuates and perpetrates great harm on society.

Though this point has been festering in my mind what kick-started this para was Shyamon Jayasinghe’s (‘Similarities of Political Culture between Trump and post-war SL’) in Colombo Telegraph, Jan. 20, 2021, Joe-Kamala inauguration day. This is not a reply to SJ; his topic is political morality, mine is somewhat different, but he is to blame for giving me a push. The similarity that I want to reflect upon is that presidents and prime ministers of Lanka since the 1990s-incumbents have mostly if not entirely been crooks. That is, persons involved in monetary fraud and in addition nearly all guilty of other forms of misconduct – violation of the constitution, allegations of murder and torture of political opponents or critics, and gross nepotism. I will not stop to quote examples as my paper will run out and my Editor is not kind enough to double my word-count quota. In any case it’s not necessary; most readers are better informed than I am on these matters. But no president, prime minister, defence secretary or Cabinet Minister has been prosecuted after their gang lost an election – maybe there were one or two Ministers, forgive my ageing memory. Do you recall the blood curdling threats that the 2015 winners about crucifying oodles of thieves and gangsters of the previous regime? Do you remember how the 2019-20 winners swore during the campaign that they would prosecute and crucify yahapalana bond-bandits and a nefarious assortment of yahapalana crooks? Nothing happened! Few rogues who pocketed countless millions has spent one day behind bars. Actually there was one, poor Lalith Weeratunga who played forlorn Sydney Carton to his boss’s Charles Draney.

Here’s my punch line. Though Trump is surely a crooked businessman and continued to be so during his presidency, though he violated the constitution and acted in palpable bad faith, I am prepared to offer my usual wager, a litre bottle of single malt, that he will not face criminal prosecution, nor will he be imprisoned for a large platter of crimes though he deserves to be.