Users of popular US platforms for trading stocks are in an uproar after a curb on buying shares in games firm GameStop and other companies.

It is the latest twist in a battle that has pitted amateur investors against Wall Street giants. 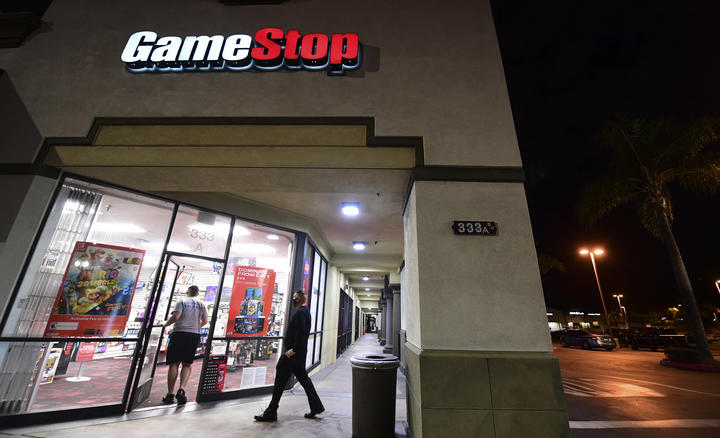 The moves by Robinhood and Interactive Brokers follow days of frenzied trading that led to massive gains for some stocks.

Robinhood banned the buying of shares in GameStop and other beaten-down companies that registered sky-high price moves on speculative bets.

Other stocks hit by the sudden rule include movie theatre chain AMC, Blackberry and Nokia.

Shares in GameStop dived by as much as 55 percent after the restrictions.

Major hedge funds had bet billions of dollars that GameStop’s shares would fall. But they have faced major losses after amateurs, swapping tips on social media sites such as Reddit, drove up the share price by as much 700 percent in week.

What’s going on? Reuters and BBC have some answers:

Why were GameStop shares surging?

Key to what’s going on is “short selling” or “shorting”, where a big investment company such as a hedge fund tries to make money by betting that a company’s share price will fall.

The hedge fund borrows shares in a company from other investors (for a fee) and sells the shares on the markets at, for example, $10 each, waits until they fall to $5, and buys them back.

The borrowed shares are returned to the original owner, and the hedge fund pockets a profit.

GameStop – which saw heavy losses last year and was described as “failing” by one big investor – is the most shorted stock on Wall Street. Some 30 percent of its shares are thought to be in the hands of hedge fund borrowers.

But in the last week, amateur investors who follow the Wall Street Bets forum on Reddit have poured money into buying the company’s stock with the aim of pushing up the price.

If the price rises dramatically, short sellers face big losses and they need to buy back the shares they have borrowed quickly to prevent bigger losses – a process known as covering.

However, buying back the shares only adds to demand for the stock and pushes its price higher still.

Behind the surge in interest of retail investors

More individuals have invested in stocks during the Covid-19 pandemic, and experts cite a number of reasons. Lockdowns boosted savings, policy stimulus put cash into people’s pockets, and extremely low interest rates drove investors to the stock market. Also, a proliferation of trading apps allowed anyone with a smartphone to buy or sell stocks for free.

Retail investors’ participation in US equity order flows increased to nearly 20 percent in 2020 from 15 percent in 2019, while orders from long-only funds fell to 6.4 percent last year from 9.7 percent in 2019, data from Swiss bank UBS showed.

Data this year suggests further growth. Online broker eToro said it registered more than 380,000 new users in the first 11 days of 2021, adding to the 5 million who used it last year, for example.

Retail investors are also buying stock options, the right to buy or sell shares at set prices without putting cash upfront. That takes their dollars much farther and can turbocharge share price movements.

What has been the impact of this surge in retail trading?

Big US technology companies were among the beneficiaries last year. Facebook, Amazon, Apple, Netflix and Google-owner Alphabet saw record inflows as their businesses benefited from lockdowns and their stocks soared.

With unprecedented stimulus and easy money policies from central banks, investors then shifted to smaller stocks, especially ones that got beaten down during the pandemic.

Market capitalisation of world stocks surged to a record $US88 trillion, a whopping $US33 trillion jump from the March bottom. In the last few days, GameStop’s shares have jumped 1600 percent with big gains also for shares of AMC Entertainment Holdings Inc, Blackberry Ltd, Nokia Oyj and others.

Online discussions about stocks on social media platforms such as Reddit, Twitter and Facebook are seen by many traders and analysts as fueling massive share price moves that cannot be explained by fundamental news or traditional valuation metrics.

Retail investors have long discussed stocks on social media, but during the pandemic these forums appear to be gaining more influence. Investors pointed to discussion threads such as wallstreetbets on Reddit for driving the surge in GameStop.

Professional investors are paying attention. Dennis Dick, a stock trader in Las Vegas said he reads the site Seeking Alpha before work and keeps up to the minute by watching Twitter, but last weekend he also joined a group on Reddit “because I need to know what’s going on”.

Amateur investors say they are just playing Wall Street at its own game.

In online forums they accused Robinhood of enacting its own form of market manipulation by restricting purchases of GameStop shares.

Dave Portnoy, founder of the Barstool Sports blog, who has emerged as one of the most high-profile amateur traders during the pandemic, wrote on Twitter that the firm was restricting free market trading.

“Democratizing finance for all except when we manipulate the market, cause too many ordinary people are getting rich,” he wrote.

The massive GameStop share surge appears to be less about the company – which is a loss-making bricks-and-mortar gaming retailer – and more about a fight between Wall Street fund managers and individual investors organising online.

“Among the many aspects of this story that are strange, what is so unusual is the peculiar vigilante morality of the traders pumping the stock. They seem hell-bent on taking on Wall Street, they seem to hate hedge funds and threads are peppered with insults about ‘boomer’ money.

“It’s a generational fight, redistributive and all about robbing the rich to give to the millennial ‘poor’.”

Technology investor Chamath Palihapitiya told CNBC: “We are moving to a world where ordinary folk have the same access as professionals and can come to the same conclusion or maybe the opposite.

“The solution is more transparency on the institutional side, not less access for retail.” 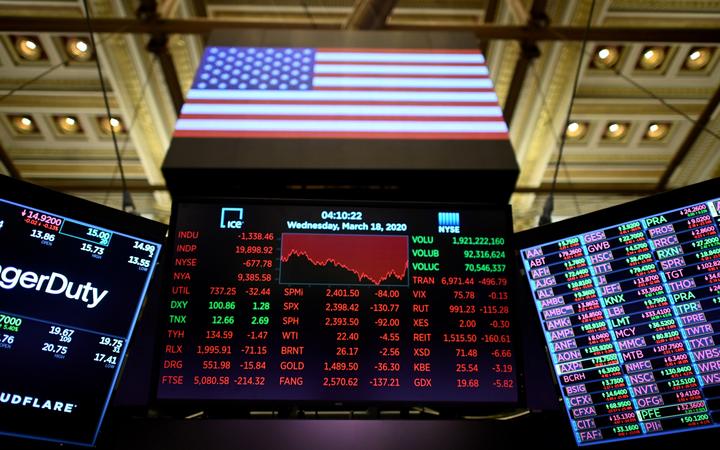 How has this affected hedge funds and professional traders?

Short sellers, or investors who bet the price of a stock would fall, are getting crushed. Melvin Capital, a well-established hedge fund, took massive losses on its bets that GameStop share would fall.

Traders scrambling to cover these short positions and prevent further losses had to pay inflated prices, which added more fuel to the rally.

What are the risks?

With global stock markets surging since March despite the pandemic’s devastation of the real economy, investors and analysts are warning about asset bubbles.

If markets turn, overvalued stocks will fall with them.

Many trading platforms also offer loans to investors to buy shares and magnify their returns. In a falling market, that could wipe out people caught on the wrong side of the trade.