Today further information is awaited on two people who tested positive for Covid-19, all close contacts of the Northland case have turned up negative, and contentious checkpoints, vaccine information and border closures were discussed. 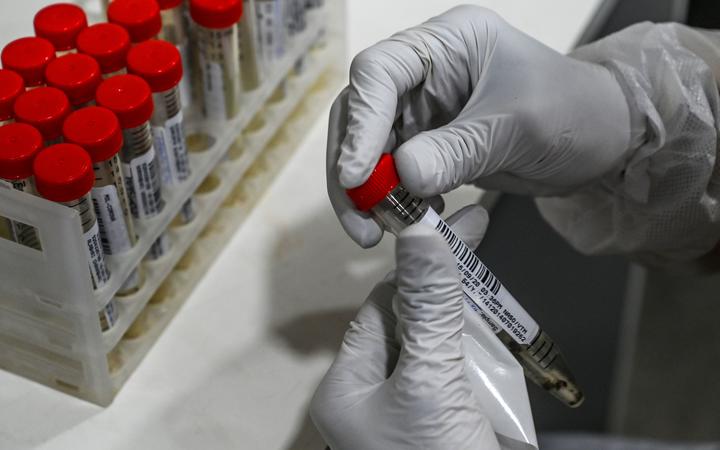 Much hangs on further testing of two possible community cases, which authorities say could be ‘historic’.
Photo: AFP

Two more positive cases, but both could be ‘historic’

Health officials are investigating two more possible cases of Covid-19 in people who were at Auckland’s Pullman Hotel at the same time as the Northland community case.

They have returned positive tests for the virus, but it is possible this could be due to a historic infection, the Ministry of Health said.

Both are isolating at home and neither has symptoms. They had each returned negative tests previously, and are being retested.

See all RNZ coverage of Covid-19

But tracing staff have already begun assembling details of their contacts and movements, in case the tests come back positive and they need to be warned, the Ministry of Health.

She said further swab tests, blood tests, and information about whether they’ve had symptoms, and when, would show whether these were historic cases that are no longer infectious, or if they could be new cases that may be just beginning to become infectious.

Negative Covid-19 tests have been returned from all close contacts of the Northland woman who tested positive for Covid-19 after leaving the Pullman Hotel, minister for the Covid-19 response Chris Hipkins said.

The woman herself is now considered to have recovered, but is at home with her partner who is isolating.

Director-general of health Dr Ashley Bloomfield said 14 people who left the Pullman Hotel after she did reported symptoms, but 13 of them have now returned negative test results. Results from the last one was pending.

And negative tests had been returned for all staff from the Pullman.

Checkpoints in Northland ‘to educate, not scare’

In the wake of the Northland case, mana whenua are pushing ahead with community checkpoints in the far north, without the support of police.

Te Tai Tokerau operated checkpoints during last year’s lockdowns. They were expecting an influx of Aucklanders ahead of the long weekend for Auckland Anniversary Day, and some were nervous about the case.

Spokesman Hone Harawira said vehicles would be directed to the side of the road, and occupants would be given information about Covid-19 safety.

“Our people’s health and wellbeing is under threat, and somebody needs to step up on their behalf.”

“They’re to be applauded… they’re not looking to turn people away, they’re just saying to people ‘be aware, are you taking all the steps you need to take, are you sure that you’re okay … do you need to go get checked and tested’. They’re just urging caution.” 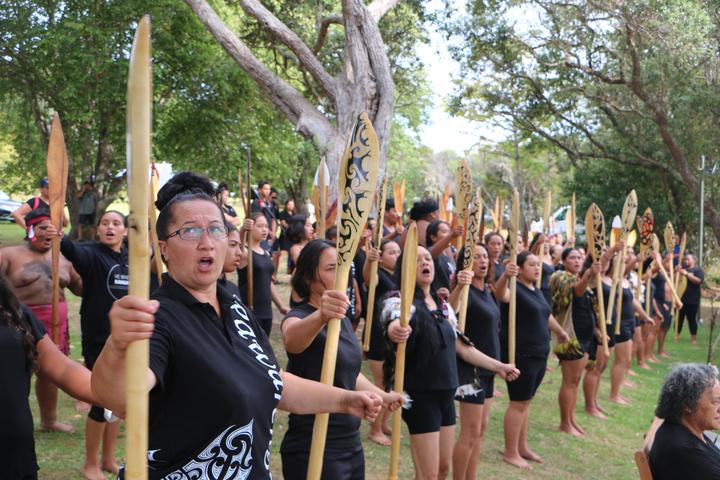 Waitangi Day events are expected to go ahead as planned, despite other large-scale events in the north being moved online or postponed. However, Te Tai Tokerau leaders have urged people over 50 or those with compromised immunity to stay home.

People in Northland have described waiting more than six hours to get tested, and lines reach more than a kilometre.

Bloomfield said that was not acceptable.

He said officials were looking at making food, water and toilets available to people waiting. And in the future Civil Defence and the police could be asked to help manage queues and allocate times for people to get tested. 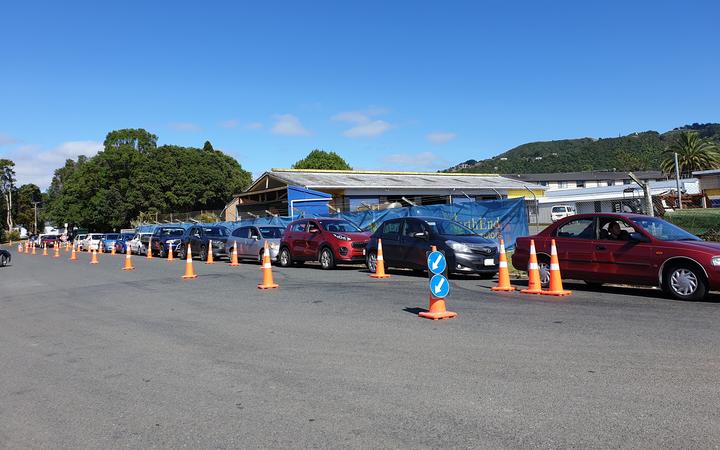 Bloomfield said the country was still “on-track” to receive the vaccine by the end of March, and Pfizer has told him supplies to New Zealand won’t be delayed, despite rollout delays in the European Union.

Tensions have been rising between the EU and the pharmaceutical company, with the EU issuing a warning it could restrict exports of vaccines to countries outside the 27-nation bloc.

“We will be ready to start vaccinating people as soon as a vaccine arrives,” Bloomfield said.

If delays with Pfizer’s vaccine were to occur, Bloomfield said New Zealand had other vaccines to fall back on.

The Ministry of Health confirmed a public information campaign is to begin next month in an effort to stop the spread of disinformation about Covid-19 vaccines online.

It will work with social media influencers and community leaders, to promote clear and accurate information.

The Cook Islands has deferred returning Cook Islanders who were planning to fly home today, after the latest New Zealand community case. And the country is taking a “wait and see” approach to resuming passenger flights from New Zealand.

The New Zealand government has backed further away from previous suggestions a full trans-Tasman bubble could be in place by the end of March. 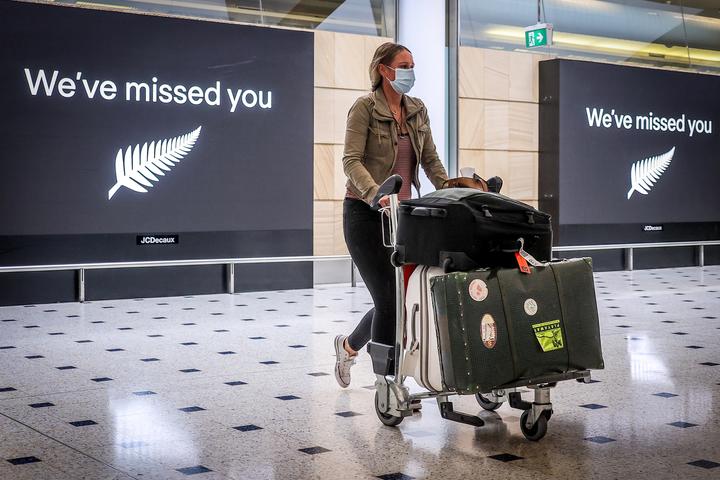 Today Hipkins said there were no updates about when one-way flights from New Zealand to Australia would resume, after they were put on ice because of the Northland community case.

He said it was a decision for Australia; “We continue to have those conversations with them.”

The prime minister said yesterday that people should expect international borders to be affected for much of the year.

“The tourism industry is largely resigned now that we will not see the Tasman open by the end of March, although that hasn’t been officially ruled out by our government.

“We think it’s going to take longer than that and that means some very hard times ahead for New Zealand tourism businesses,” Roberts said.

Citizens and residents expected to be allowed to return to the country, even during a pandemic, he said, but that right was not necessarily straightforward, and that right could be delayed, or measured against those already living here.