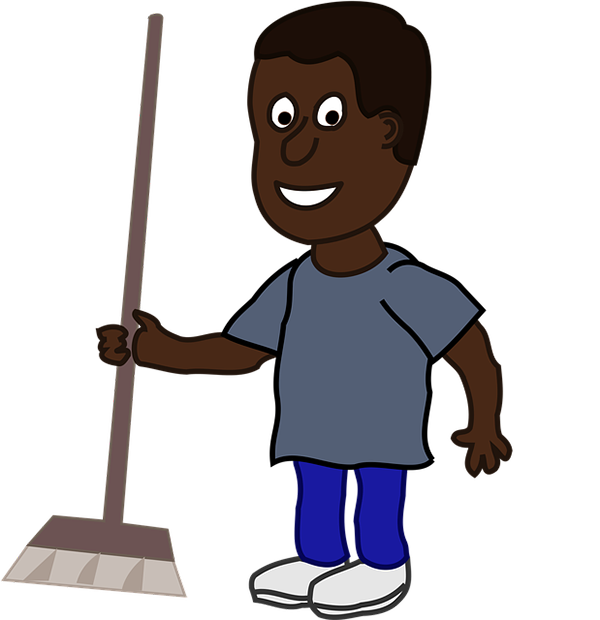 He first went to work at the very tender age of six, just a little kid, that much Yoga re-called. He had attended a village school for two days and quit – said he could not understand anything the teacher taught. That was good enough a reason for Yoga to obliterate any form of education from his entire life and become illiterate. They lived in the Southerland Estate, a remnant of the British Colonial system.   Estate labourers’ ‘line-shacks’ had limited room for the family. The little boy was an inconvenience that needed to be sorted out. Of course, he was an ill-affordable extra mouth to feed in the already over-crowded one-roomed hovel they called home. That is how Yoga left his Southerland Mansion to commence his lifetime career of servitude as a Boi Kolla (BK) to run and fetch at the beck and call of whoever gave him a meal and shelter.

How he got on in life is no different to what others of his kind has gone through in the Boi Kolla business. Mundane and monotonous were the days from sunrise to sunset with hardly a change in the script. Yet Yoga has got-through what fate dealt him and done his bit to run through the years as best as he could.  It was simply a matter of survival through the wearisome days that dawned on him with an obscure future. This was unfortunately the cast-iron inheritance of a so called Boi Kolla.

If you have anyone in your family, maybe a son or a grandson, just think what it would have been to send him away to work as a Boi Kolla at age 6. But then, it was a norm of the era when talking of Ceylon post-independence.  Often one would see a little kid sweeping a yard with an ekel taller than himself wearing a standard uniform – an oversized hand-me-down shirt or a ‘bullet holed’ sleeveless banian. The sheer unfairness of it all was pretty evident, but no one took any notice of it or, maybe they did not want to notice. After all nobody knew anything about child-labour, and so, nobody cared much about a Boi Kolla.

Things have changed now – free education made the hallmark difference by breaking open the affluent locks that corralled the poor. It was free education that enabled all and sundry to get into reasonable schools that taught them free even at tertiary level. Thank God for this system that opened the doors of education for the poverty-stricken pedestrian. The Boi Kolla gradually went out of the system, by gaining a long-denied foothold to stand on a somewhat level playing field by going to school.

That is how the ‘would have been’ BK of Ceylon came out of the woodwork and merged into society vying for lucrative employment.  Today this tragedy is almost over. The ‘Boi Kollo’ brigade is slowly disappearing from our society – what remains are only remnants of that forgotten travesty.

I write these lines for us to walk back in years and recall those ‘Boi Kollo’ who served us in our homes. I am sure most of you will have remembrances that will bring back faces and names to mind. The ones who came with nothing and left with nothing and who worked 24/7 for three square meals and a paltry payment that was called a salary. Such things did happen and most definitely they were not fair by any imaginable standard.  Let us spare a thought for these BKs and be grateful they were there to make our lives easy. The treatment they received depended on whom they worked for and I would rather leave that part out, as in most cases, it was a rags-to-rags story with very few exceptions.

Let’s look at a prototype ‘Boi Kolla’ to muscle the story. They usually came from far off villages and barely had any education.  Whatever tasks they had to do were accomplished with ‘on the job training’ given by the household or a senior domestic. Much depended on the bosses they served. Drawing water from the well, brooming the house, opening and closing gates when the master tooted the horn, bathing and feeding the dogs and looking after and playing with the children, the BKs sure were great all-rounders. It was the ‘Boi Kollo’ who invented the ‘kade yana’ business. Go buy bread, bring vegetables, we need meat, maybe a bottle of Orange Barley, a horde of other items including newspapers and cigarettes – anything missing in the kitchen down to a box of matches – it was the BK who sprinted to the shop to fulfil the need. The same ‘Kade Yana Business’ has now expanded and magnified to such an extent that sadly, it has even reached   Diyawanna Oya!

So, what became of the Boi Kollo when they grew older? As long as they stayed in their semi- slave status, they got food to eat and a roof to shelter and a mat to rest their weary heads. The remunerations received were never enough to save except to send home a few rupees to help the ageing parents. The silver lining of their lives was the annual pilgrimage to their villages in April. This was to celebrate the Sinhala/Tamil New Year – perhaps the only time-off permitted for the whole year. The BKs collected whatever monies’ they had accumulated and negotiated advances from future salaries and hightailed with excitement to their distant homes. There among the poor relatives, they enjoyed the Rockefeller status busting the little hard-earned money they had so gallantly saved. The journey back was with empty pockets, penniless to be exact, and dragging feet to slog and slave again till the next New Year came around for their annual visit home.

As for the big picture, the Boi Kolla business was a sad answer to poverty. Working in a house as a BK taught them nothing other than how to be at the beck and call of their masters. No education gained, hardly any skills learned, and youthful years wasted with nothing really achieved. There were a few lucky ones who became drivers and others who advanced to work in shops while most of them went back to their villages to work the paddy fields till the next election came to ‘star gaze’ in the hope of getting a better job. A few remained on the job under kind masters and grew old as a valued member of the family.

The one rainbow in this Boi Kolla’s dark cloud of life was finding love. Of course, there were the roaming Romeos among the BKs. Why not? Romance may have been the privilege of the rich, as Oscar Wilde described, but a little ‘hide and seek’ was good for the soul and was always a satisfying adventure for the willing BKs.

So ran a popular Baila heralding the domestic amorousness between a BK and his ‘Kussi Amma’ girlfriend.  Such Cupid interactions were not common but off and on they did make the headlines as if there was a law against it. Some even formalized the relationship by getting married, but to most it was a bit of ‘one day cricket’ or could be even a T20 that coloured the drabness of their day-to-day existence.  All in all, they did have fun times even though few and far between.  Yes, there were the Romeos and the Juliets playing ‘Hora Police’ whilst the bosses slept.

I was 4 years old when I started schooling and every morning a demon carried me to school. I mean that was his name – Demon, our ‘Boi Kolla.’ I can still picture his face – a vague memory of a curly head with a huge grin, but sadly, I have no other recollection. But I do remember the Demon who carried me to school. Similarly, the renowned international cricketer Duleep Mendis did his batting at home as a kid, tennis ball stuff. The Boi Kolla was the ‘shy-ball pacee’ who was only known as Andy Roberts. (Log in to Google for a fairy tale episode – “Andy Roberts by Elmo Jayawardena”). Old Andy is still around – I see him off and on, married with kids and doing reasonably well in life. I am sure Duleep would remember him and his bowling, the local Andy Roberts who played cricket with him.

I guess all of us who came from that generation  can think of a Boi Kolla who lived in our homes and played some part in our lives. There was Hong Kong Banda whose Master took him to serve in Hong Kong. Sumanadasa who became Sam and veteran actor Jagath Chamila received the Best Actor award in New York for portraying him.  Andrew Machang lived down our lane and Weera who still makes excellent seeni-sambal goes to church every Sunday to keep the Sabbath holy and Pandithaya, the ardent UNPer who thrashed his radio on the ground when his Party lost the election. There are many more such colourful BKs in our lives – yours and mine – it is worthwhile taking a walk down memory lane to find them. They are all gone now, and we can only hope that life has been kind to them.

Do we remember our BKs?  Mostly ‘no’ but, off and on their names pop up with an anecdote from the past at family gatherings when seniors recall incredible BKs who served them. Names and deeds are recollected and old stories are repeated – some of great hilarity – events surrounding an old BK. The newer generations listen in disbelief having no clue what the older folks are talking about. This is 2021 and one seldom comes across a Boi Kolla in a middle-class home now as it was in the days gone by. That in itself is a great victory for our society, a giant step towards equality that would be the catalyst to make Lanka the Paradise it  ought to be.

How I wish we had a Remembrance Day or at least a stamp in honour of all the domestics who served us and made our lives easy. Their sweat and tear contributions were never measured, seldom recognized nor are they recorded anywhere. It was sheer poverty that sent six-year-old children the likes of Yoga to work as Boi Kollo in unknown homes. Hobson’s choice I would say that led to a lifetime occupation pawning their tomorrows for their daily bread.

That is the truth, whether we remember or not.

That is the tragedy we all saw and pretended not to see.