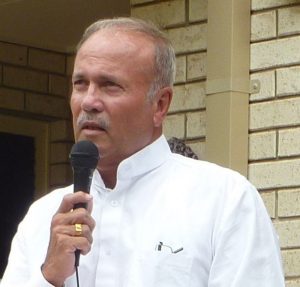 Anton Swan, Honorary Consul for Sri Lanka in Queensland and Sri Lanka Sports Association patron, was awarded an OAM (Medal in the Order of Australia) in the Australia Day Honours issued today (January 26).

Mr Swan received his award for his selfless service to the Sri Lankan community in Queensland.

Apart from his long-standing involvement with the SLSAQ, Mr Swan also is the patron of the Federation of Sri Lankan Organisations of Queensland and Sri Lanka Ex-Servicemen’s and Police Association Queensland. He is the Dean of the Consular Corps of Queensland, made up of consuls and consul-generals representing 47 countries. Among his other many achievements, he spearheaded the successful Disaster Relief Fund and coordinated the Sri Lanka pavilion at Expo ’88.

He was among 570 recipients in the General Division of the Order of Australia – 371 of them OAM recipients.

In announcing the awards, Governor-General David Hurley said: “On behalf of all Australians, I congratulate everyone recognised in the Australia Day Honours list. The individuals we celebrate today come from all parts of our great nation and have served the community in almost every way conceivable. They’re diverse and unique but there are some common characteristics, including selflessness, commitment and dedication.

“Recipients have not put their hand up to be recognised. Most would consider the achievements that they are being recognised for to be ‘ordinary’ or just what they do. Therein is the great strength of our system – recipients in the Order of Australia have been nominated by their peers, considered by an independent process and, today, recognised by the nation.

“The sum of these contributions speaks to our nation’s greatest strength – its people.”

Mr Swan, in acknowledging the wave of congratulatory messages, said: “I feel humbled and honoured to receive this award.

“This belongs to all of you. Thank you for your support and all the work you are doing in our community. Also to keep the Sri Lankan flag flying.”