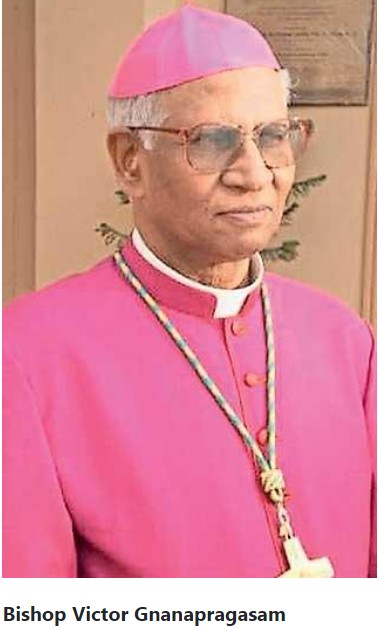 Death came suddenly to Bishop Victor Gnanapragasam, the Apostolate Vicar of the city of Quetta, in the mountainous southwest Baluchistan region of Pakistan. Warned in travel advisories as an unsafe region, Baluchistan is often engulfed in bloody conflicts. In 2013, Bishop Victor, as he is affectionately known, narrowly escaped death when a bomb exploded near his residence. However, he suffered injuries. In Another gruesome attack, a suicide bomber killed eight and injured 44 worshippers in a Roman Catholic church in 2017. As recently as January 3, 2021, ten coal miners of the Hazar tribe of the Shiah Islamic faith were abducted and executed in the region, in what was claimed to be the work of ISIS. Despite such a perilous state of affairs and travel restrictions imposed by the army owing to an army cantonment nearby, Bishop Victor committed himself unreservedly to serve the church and the poor. He did so without considering religious differences in a place where the majority are Muslims. The Bishop’s unexpected demise at the age of 80 caused much grief among Catholics and the public.

Hundreds gathered at his funeral, paying floral tributes. The death of this noble servant of God serving beyond the age of retirement is an irreparable loss to the Catholic Church in Pakistan and to his Congregation of the Oblates of Mary Immaculate. However, Bishop Victor’s exemplary legacy will remain for long, prompting many young people to follow in his footsteps to proclaim the good news in dire circumstances.

Perhaps only a few here might have been aware that a Sri Lankan Catholic Bishop toiled in another Asian country and that he too belonged to the Oblate Congregation. Back in 1982, the Sri Lankan Provincial Delegation was requested and responded positively by sending missionaries and thus, several OMI priests are now ministering in Pakistan. It is noteworthy that there are five Catholic schools in the Baluchistan Province to educate children of the neglected region.

Tracing history; Bishop Victor came from a devout Catholic family of six siblings. His two sisters became Apostolic Carmelite nuns with Rev. Sr. Laurinda becoming a school principal and Rev. Sr. Helen entering the nursing profession and now serving in an infirmary in Lahore in Pakistan. His elder sister, Mrs. Anthonypillai married a mathematics teacher at St. Patrick’s College, Jaffna. Of the two brothers, Mr. Susaithasan worked at Baur’s and died while playing football for his Company. His other brother, Mr. Jesuthasan, rose in the advertising profession to become a guru in the field, under whom I served as a creative director. It was at his residence that I had the privilege of meeting Bishop Victor, who impressed me by his utter simplicity. His mother, under the care of nuns in Wennappuwa, lived to know that her son was being consecrated as a Bishop on her 98th birthday. She died six months short of one hundred years.

The vibrant Christian community in Quetta developed significantly under his leadership in spiritual, social and political spheres, so much so that Pope John Paul II elevated Quetta to a new ecclesiastical level – Apostolic Prefecture

Bishop Victor had his early education at St. Patrick’s College, Jaffna and joined the OMI Seminary in Kohuwala, from where he daily attended school at St. Peter’s College. After secondary education, he was sent to the Kalutara Novitiate and thereafter, to the National Seminary in Ampitiya – to be moulded for the priestly ministry. He was ordained in December 1966 and served first as the parish priest at Nilaweli, and thereafter as a member of the Oblate Preachers Team in Jaffna. It was then that the call came inviting him to serve in Pakistan, which turned out to be a life-changing milestone for him.

There, he served the Church in different capacities, first as the Parish Priest in several stations in Pakistan until he was made the Oblate Novice Master for Multan and Karachi. He soon rose to the position of Major Superior of the OMI Provincial Delegation in Pakistan. During this period, he was sent to Manila (1977-1979) to be trained in youth ministry and thereafter to follow a course in psychology and spirituality at St. Anselm Institute in Kent. Finally, he specialised in spirituality at the Angelicum University in Rome.

The vibrant Christian community in Quetta developed significantly under his leadership in spiritual, social and political spheres, so much so that Pope John Paul II elevated Quetta to a new ecclesiastical level – Apostolic Prefecture. Later, Pope Benedict XVI, on April 29, 2010, further raised the local church to the rank of Apostolic Vicariate and Fr. Victor was appointed as its Apostolic Vicar. Thus, he was consecrated as Bishop at St. Patrick’s Cathedral Karachi on July 16, 2010. His Lordship, Bishop Victor Gnanapragasam, took charge of Quetta Vicariate with no fanfare. His elevation to the Episcopal rank, uncharacteristically, did not draw much publicity even in his land of birth – Sri Lanka. Perhaps the Oblate congregation itself sought to accept this historic event on a low key.

Bishop Victor bore the burden as the Chief Pastor even as religious extremism advocated by ISIS accentuated and their outrageous attacks grew, as it happened in Sri Lanka in April 2019. This made his episcopal ministry grimly challenging yet did not prevent him from mingling with people closely, in order to serve in their material and spiritual needs. Thus, when he died suddenly, the Church in Quetta descended into imponderable gloom which became manifest as hundreds of grieving people attended his funeral at Quetta’s cathedral.

Indeed, Bishop Victor Gnanapragasam, the man from Jaffna and settled in a remote Pakistani city leaves an indelible mark of witness to Christ upon the society in the region as well as on the Congregation of Oblates of Mary Immaculate. His life and work will remain as a shining legacy for long years to come.

Let us then join with the Church in Pakistan and the missionary Congregation of Mary Immaculate, praying and saying; “Well done, good and faithful servant. May the angels lead you to paradise – IN PARADISUM DEDUCANT TE ANGELI, AMEN”