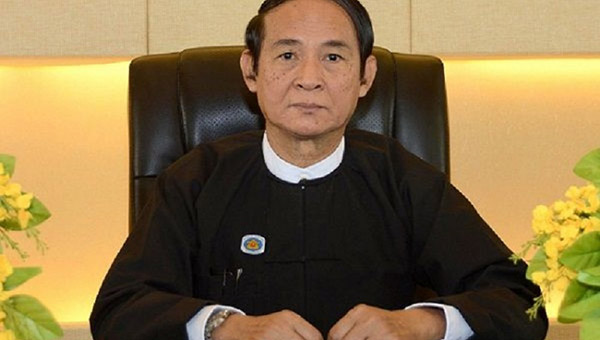 The President of Myanmar U Win Myint has bestowed the Honorary Religious Title of “Aggamahāpaṇḍita” and several other Honorary Titles on Sri Lankan priests, and a layman, honoring the 73rd Anniversary of the Independence Day of Myanmar.

This title is granted to distinguished Theravada Buddhist Bhikkhus who are highly skilled in teaching Dhamma and it holds the meaning “foremost great and wise one”, derived from Pali.

These titles are granted to the Bhikkhus who excel in and have displayed remarkable service to educate the Dhamma.

As an annual event, the President of Myanmar, grants the titles after evaluating a Bhikkhu’s wisdom and achievement by the State Sangha Maha Nayaka Committee, a government-appointed body of high-ranking Buddhist Bhikkhus that manages the Sangha  in Myanmar.