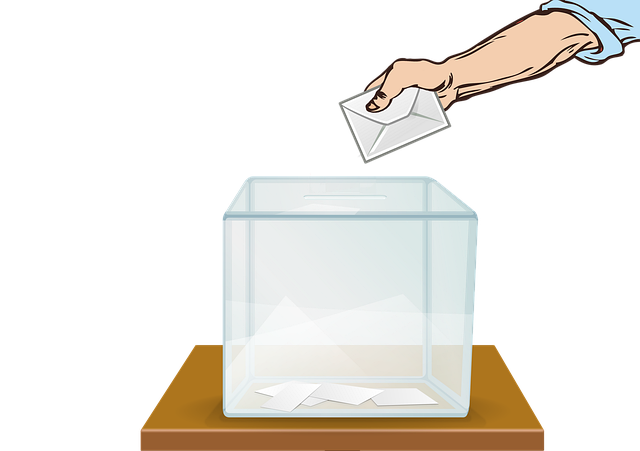 Barend ter Haar, Senior Research Associate writing in Clingendael  says “obviously, if politicians believe that voters cannot be trusted with the truth, democracy is seriously at risk. For a democracy to function it is essential that a government respects the people and takes them seriously, not only those that have voted for that government, but all people. Furthermore, in order to exercise their democratic rights properly, people should be informed as fully as possible. Democracy is a form of conflict management within states, just as diplomacy is a form of conflict management between states. Both therefore usually lead to a compromise between different views and different perceived interests. That is certainly the case when a decision requires both agreement between and within states”.

This rings very true in Sri Lanka (as it is no doubt in many other countries) where people matter only to the extent of getting their vote and then to be forgotten till the next occasion to seek their vote. Once in power, a government does not seem to function as a government for all people but only for those who voted in the government. The Opposition too functions as if their task is to oppose everything and anything that a government does without any constructive engagement with the government.

Formulation of a new Constitution has been listed as a priority item by the current government and a committee has been appointed to formulate a draft after public submissions and consultations. The haste to draft a document leaves one with the feeling that a draft has already been developed and what is proceeding is only a formality and an intent to fine tune what has already been drafted.

If this is the case, it is an opportunity lost to give thought to whether the country should look towards a different and more visionary model that will better address what democracy means and should mean to the current generation and for generations to come.

A new constitution should overcome the imaginary notions that exist about representative democracy and where it is held that voters are supreme and the parliamentarians are their servants. There is the false premise that parliamentarians represent the interests of those who vote them into Parliament. The present system of electing them on a district list basis based on the 1978 constitution bears no link to a voter’s expectation of representation, in particular, once an election is over. A consultation process does not exist to elicit the views of the ordinary folks of the country and major decisions are taken binding the present generation and generations to come.

Leaving the COVID pandemic aside, the major economic and political decisions taken by successive governments since independence in 1948 cannot be classed as ones taken in consultation with the voters. The economic situation of the country was perilous before COVID and the constantly simmering, unsolved inter communal issues have become issues due to lack of a genuine consultative process. Power brokers on all sides have made this an issue and kept it going as an issue.

Besides this, the constitutions of political parties have not afforded an opportunity for members of political parties to have a voice in who should be considered to stand for election. Party heavy weights decided on candidates and party heavy weights basically ran governments. The voter was effectively the cartoon character “Punchi Singho” depicted in W R Wijesoma’s famous cartoons. A helpless individual who had his day once in 5 or 6 years when those seeking his vote came to him with betel leaves and garlands, and plenty of promises, and then ignored him for the next 5 or 6 years.

This is the opportunity to introduce a new governance mechanism which must bring people closer to the decision making process, and through such a process, make them shareholders of the process and the outcomes.

In the life of the Punchi Singho’s and Podi Menike’s in the country, their life’s priorities are not about what happens to Donald Trump, Vladimir Putin or Xi Jing Ping. Much of their concerns are about a roof over their heads, the health and education of their family, and how they are going to earn enough money to live. They encounter problems with basic public services and often they find minor issues becoming insurmountable ones due to the indifference of public officials. This is where their elected representatives matter to them and where they need their interventions to address issues that are important to them.

A strong local government system should therefore underpin the country’s governance structure. Voters should be able to directly elect their representatives irrespective of whether they belong to a political party or not. Municipal Councils, Urban Councils, and the Pradeshiya Sabha system must play a more active role as they are the entities that are closest to the people. These entities need to be better funded and provided with resources to ensure services are being delivered to the people they serve. Greater participation by the public in meetings of these entities would enable their views to be heard by policy makers at national level, and it will also afford an opportunity for national politicians to convey information direct to the people through these entities.

There is much debate about the need and the future of provincial councils. It is true they were introduced at the behest of the Indian government in 1987 as a means of addressing political issues that had turned violent. Those who oppose them should ask the question whether the political issues have been addressed and whether or how the provincial council system has assisted in addressing them. If they are to continue, the structure and functions perhaps could change, with provincial councils becoming centres for discussing and deliberating matters that are of common interest to local government entities within each province.

Such meetings could be held periodically, say, bi annually (or as determined), and decisions arrived at to be acted upon by provincial administrations. Each council could consist of all heads of local government entities, who are already elected by the voters in each such entity. It does not and will not serve any purpose to have another set of elected officials at provincial level if the above mentioned model becomes functional. The need for provincial chief ministers and ministers would become superfluous in such a situation as implementation of conclusions arrived at during Council meetings would become and administrative task and therefore the responsibility of the provincial administration.

The provincial council system should be about administrative devolution as services are delivered to people through an efficient and effective administrative service and not through political devolution.

If this principle is accepted, then the number of councils may have to be increased marginally to adjust a geographical area that has a large population and many local government entities. If the principle of governance being service to the people, is the basic objective that needs to be pursued, provincial boundaries will need to be re demarcated so that there is a more equitable population distribution amongst provinces.

A provincial governor will perform a useful task as this office will be the link to the central government on matters that need to be dealt with at a high political level.

A strong local government system should negate the need for a large National Parliament and if one is serious about reform and new thinking in constitution drafting, the number of Parliamentarians should be  reduced to a maximum of 150 members of Parliament who could be directly elected by the people, but on the basis that the successful candidate obtains more than 50% of the vote in the revised electorates.

The current system of proportional representation and the previous first past the post system it replaced, does not give a fair and equal opportunity for minorities to be heard and represented in Parliament and this is an area that needs to change if constitutional reform is the goal.

A possible way to address this might be to have an equal number of Parliamentarians being elected from within each province irrespective of the population in each province. The number of provincial councils could be increased to say 10 councils by redrawing boundaries and 15 members of Parliament being elected from each council. Although not perfect, it would offer a better opportunity for greater minority representation in the National Parliament.

Under this proposed system, there will be potential for minority group representation to increase to 30-35% of the National Parliament, and therefore to become a stronger and more inclusive voice in it and in formulation of policy.

The members of Parliament from each province should attend the bi annual (or otherwise determined) Council meetings and function as the political link between the local government entities and the National Parliament.

If genuine political devolution is to be addressed, it could be done by requiring key Parliamentary Bills such as the National Budget requiring the approval of each provincial council within a given time frame. This would give an opportunity for the local government system which represents people at the grass roots level, to submit their views and suggestions to the National Parliament for their consideration and adoption. Currently, no such avenue exists for people to exercise their democratic rights.

Another important reformist constitution revision should be about female representation at local government level as well as at national level. With more than 51% of the country’s population being female, it has to make sense that all elected bodies including the national parliament should have at least a 50% representation by females.

One of the most reformist changes that could take place in the new Constitution and which requires county before self, and guts, is to limit the number of ministers to 15, and even more drastically, select capable, competent individuals from outside of the Parliament as ministers. Ministers so selected will have be responsible to the Parliament and should act on policies introduced by the Parliament. The only exception should be in respect of defence where the President of the country should be responsible for defence and with the Armed Forces reporting to him or her.

The President and the Prime Minister

In the conceptual model proposed here, the powers and responsibilities of the Presidency and the Prime Ministership could be reviewed and a clearer distinction made as to what each office is responsible for.