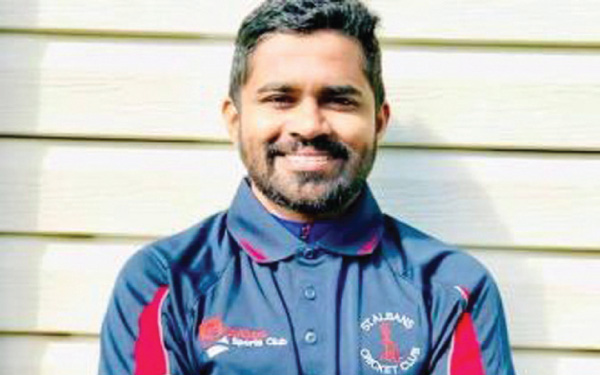 Lihan Wickremasinghe, an old boy of Poramadulla Central College of Nuwara Eliya District is one of the best cricketers produced by the school.

He was coached by Palitha Thilakasiri, a Level one Cricket Coach who was behind Lihan’s success. Lihan Wickremasinghe captained the School Cricket teams from Under 13 to Under 19 level and played continuously. in the last Season of his school career he scored more than 550 runs including two centuries against Gamini Maha Vidyalaya and Kurunduwatte Central College,

As a right arm off-spinner he bagged 62 wickets in his final year in School in 2012.

After leaving School Lihan represented the Malay Sports Club in the Premier League from 2013 to 2017 and continued his Cricket Career with Negombo Cricket Club from 2018 to 2019 in the premier League Tournament . In 2019 Lihan got an opportunity to go abroad and he was able to play for the St.Albans Cricket Club,in Sydney, Australia and he signed up with them till 2020 and from the year 2021 he will be playing for the Sunshine Crows Cricket Club, in Sydney,Australia

Lihan Wickremasinghe is thankful to his Cricket coach, Palitha Thilakasiri for guiding him throughout his cricket career.