The National iwi chairs forum has put forward six recommendations to the government which they say are a priority for mitigating the risk of Covid-19 for Māori and general public. 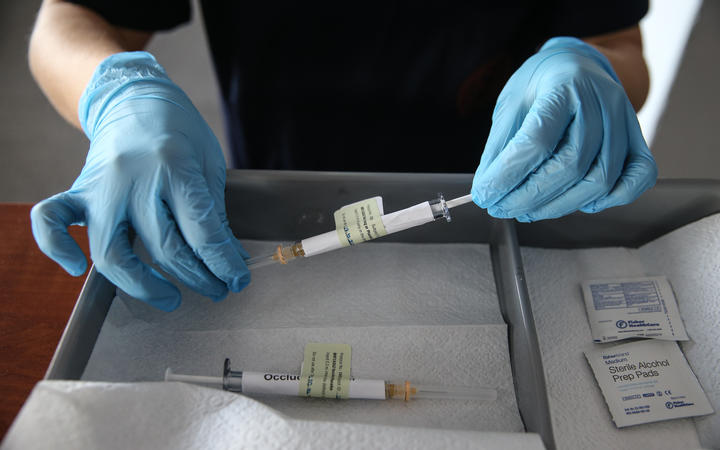 It comes after a more infectious variant of Covid-19 was found in managed isolation, signalling a potentially heightened risk of the virus entering the community.

The forum’s Pandemic Response Group co-chair, Mike Smith, said it would be a tragedy if there was a failure after all the effort the country has put in.

“We think that these are the right responses at the right time in order to provide a greater level of safeguard for our communities.”

“Kaumātua, kōroua, kuia and other Māori aged over 50 are potentially at risk of Covid-19 and have been identified as one of the high risk groups and we haven’t seen any evidence in the vaccination strategy that they’re included as an at risk group… the government should be entering discussions with Māori to bring the vaccination strategy into line with their obligations to safe guard us.”

Indigenous people are more vulnerable when it comes to contracting the virus and it spreading within the community, the forum said.

Smith said the government’s vaccination strategy fell short of its obligations to Te Tīriti o Waitangi as did not demonstrate protection, partnership and equality.

The six recommendations included the government applying the pre-departure negative test requirement to all travellers intending to enter New Zealand as soon as possible.

It also recommended capping arrivals at 300 per day or 2100 per week, and, when the number of active cases in MIQ reached 20 to 30 cases, capping the number of entries to a lower level.

“The number of active cases in MIQ are no longer sustainable with world cases trending past 800,000 per day and no sign of slowing down, and the threat from new strains; at current levels, the number of arrivals into New Zealand are over ﬁve times higher than those for Queensland which has a similar population,” Smith said.

It wants the government to explore the efficacy of testing travellers to New Zealand immediately upon arrival in airports as they disembark; it also wants the vaccine roll-out to be brought forward for implementation as soon as possible and for the government to enter into discussions with Māori to bring the Vaccination Strategy in line with Te Tīriti o Waitangi.

The Pandemic Response Groups says the current vaccination strategy falls short of Ngā Tikanga o te Tīriti o Waitangi on protection, partnership, and equality, which is contradictory to the epidemic-pandemic history of Aotearoa New Zealand which shows that Māori as indigenous peoples are the most vulnerable people in the country.

Its final recommendation is calling for a halt on all plans to establish new international quarantine-free bubbles and immediately review and risk-assess existing and planned group entry arrangements.

RNZ has contacted the Minister for Covid-19 Response, Chris Hipkins, for comment.