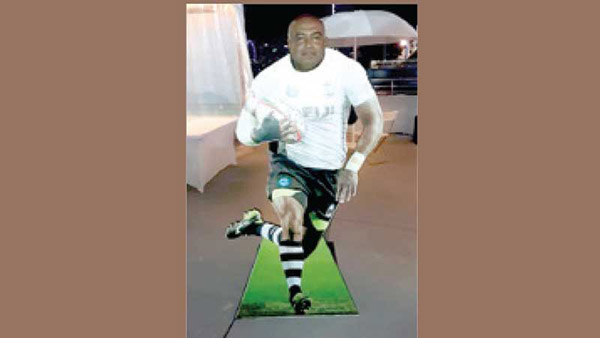 One of the top rugger players to come out of Vidyartha College is Anil Jayasinghe,who was a great sportsman, coach and referee. Born in Kandy at Nittawela just behind the famous Nittawela grounds. he had his education at Vidyartha College, where he excelled in sports, especially rugby and cricket and led the rugger and the cricket teams in 1984

Anil Jayasinghe turned in several great performances for his club,for well over a decade, he was a player with good rugby knowledge, and he used to tell players before the game, that they must try as hard as possible to run with the ball and to keep it in their possession for as long as possible. In tackling too, he used to instruct players to tackle low. Some of the senior players who were in the side with him were C.S. Ekanayake, Maurice Joachim,Athula Manchanayake, Reza Odayar, Rinnie Ibrahim, Chandima Amadoru, K.Ranaweera, Ananda Kasthuriarahchi, Gamini Jayaweera, to name a few.

He has made a great contribution to uplift the standard of the game in Kandy, by his involvement in the fields of refereeing,coaching and administration. He is also one of the Vice-Presidents of the Sri Lanka Rugby Referees Society and also the present Secretary of the Central Province Rugby Football Union. He was one time member of the Kandy Sports Club, and also was the ground secretary and made it a top class rugby field.

After hanging up his boots, he took to refereeing, in 1992,his first game as referee was between CH and FC and Petersons SC., and he has refereed over 250 games. As a referee he has accompanied the Sri Lanka rugby team overseas and also has blown in overseas tournaments, including three internationals..He is a World Rugby Educator and Match Official (CMO) for the Referees Society of Sri Lanka and Asian Rugby Football Union (ARFU).

In the field of coaching, Jayasinghe was a fine coach. He was first coached by George Jayasena at school level and later at Kandy Sports Club by Irwin Howie, late Col. Bertie Dias, Anil has coached his school Vidyartha College, Dharmaraja College, Trinity College both juniors and Seniors, and also Kandy Sports Club. He has also followed coaching courses in Scotland, England, and Wales.